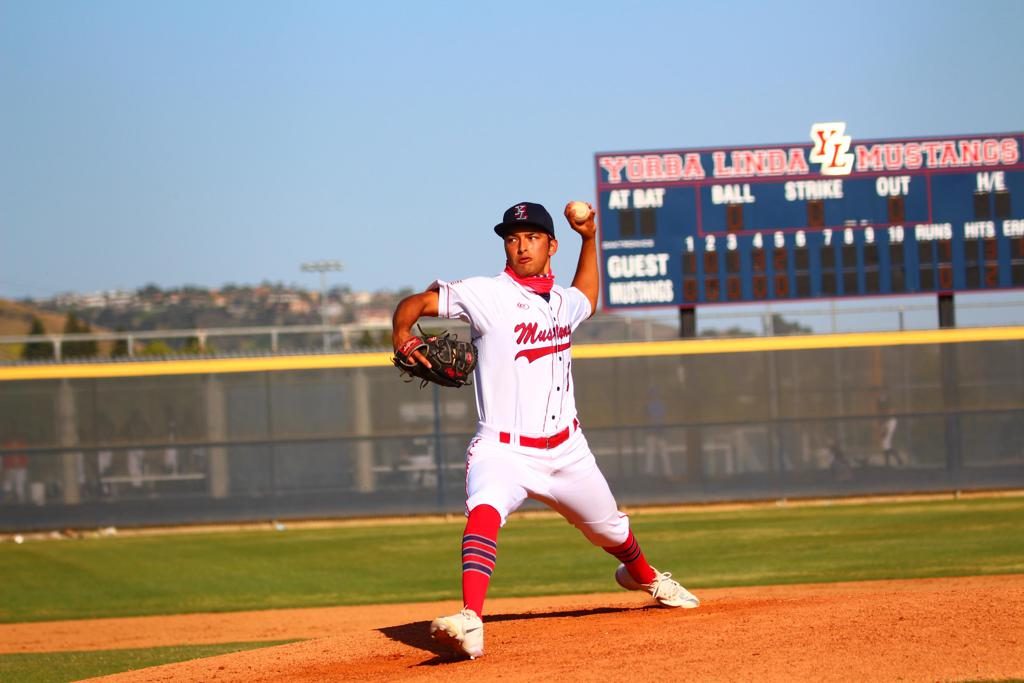 Thanks to a six-inning gem from senior pitcher Nathan McManus – who gave up zero runs and struck out eight batters – and a bases-clearing double from freshman Jacob Talbot, the Mustangs took down Villa Park 7-1 in their playoff opener. Chase Jones, Christian Hong, Spencer Zumbek and Austin Kang each added RBIs for Yorba Linda in the win.

It was a pitcher’s duel in Tuesday’s second round against Alemany, and it was senior Ryan Chavez who was called on to carry the load. Chavez was able to do just that, allowing just one earned run and two hits in 4.1 innings of work. But it was McManus who took the Mustangs home, earning the save in 2.2 shutout innings to seal the 2-1 win. Talbot and senior Ryan Brech each drove home a run for Yorba Linda.

The playoff road continues for the Mustangs on Friday when they’ll travel to Camarillo (19-7) for the Division II quarterfinals. The Scorpions have won eight consecutive games entering Friday and knocked off Corona del Mar 6-3 to reach the quarterfinals.