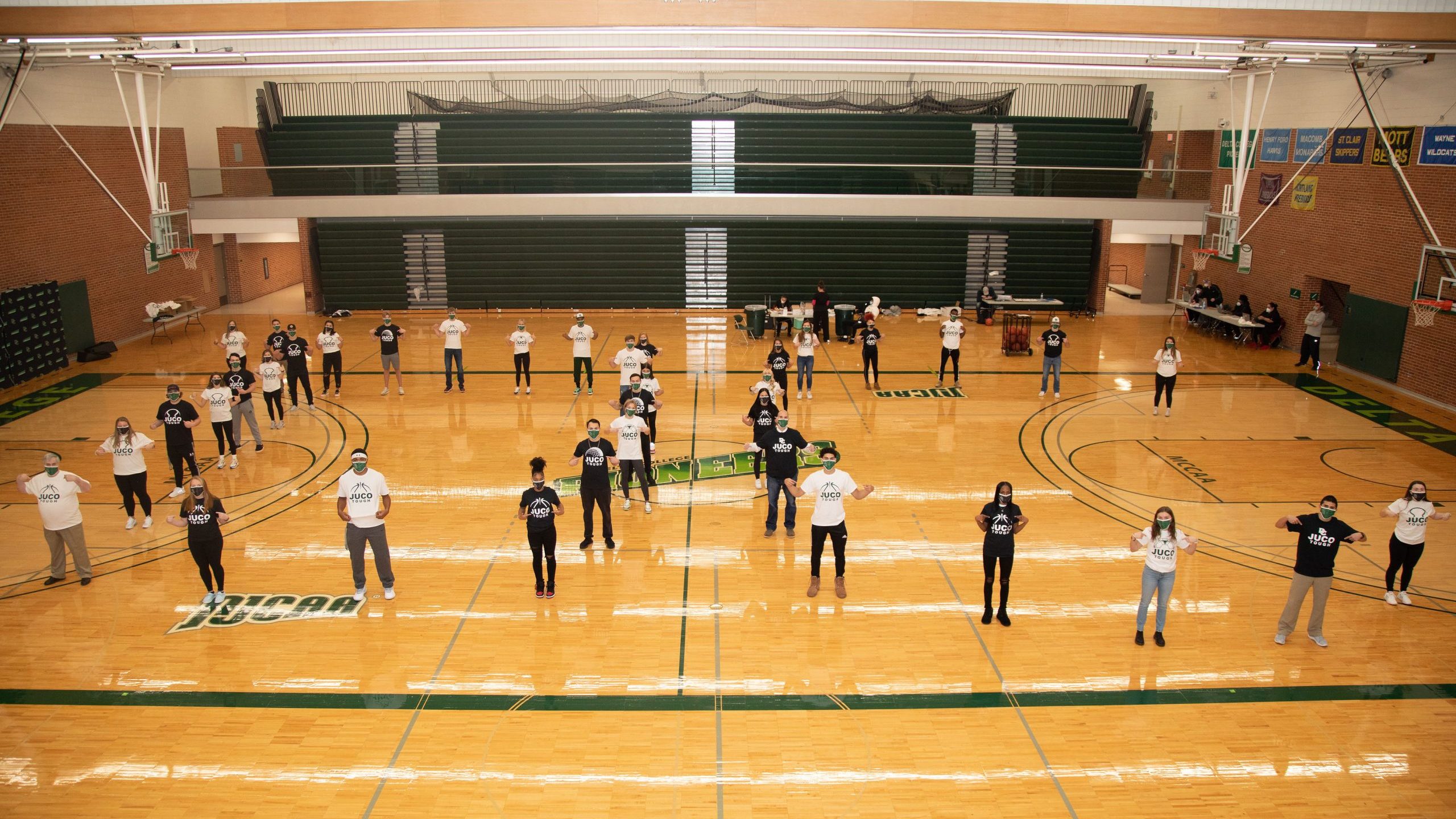 Delta College has had perhaps its best year ever with success across multiple athletic programs. (Courtesy: @delta_pioneers/Twitter)

UNIVERSITY CENTER, Mich. (BVM) — The past year or so in sports has seen plenty of adversity and difficulty. For the Delta College Pioneers, it hasn’t mattered much, as they have completed one of the best overall years in their athletic history.

As a result, Delta College has been honored with its first-ever Charlie Chanter All-Sports Trophy. The award is given out by the Michigan Community College Athletic Association (MCCAA) to the school with the greatest athletic success each year. This year, Delta took home the honor, while Grand Rapids Community College finished in second with Muskegon Community College in third.

Anyone who follows Delta College athletics knows this honor should come as no surprise. In the winter, the Pioneers’ women’s basketball team took home an MCCAA North championship. The Pioneers went a solid 10-5 on the season, losing in the NJCAA Great Lakes District B Championship to Muskegon Community College. The Pioneers were led throughout the season by guard Nia Boston who averaged nearly 15 points per game.

Meanwhile, the Pioneers’ men’s basketball team also won an MCCAA North title. Going 10-3, the men’s team also fell in the district round, but were led by a spectacular season from freshman guard Kevin Rice who averaged over 25 points per game.

The Pioneers’ athletic success did not stop in the spring. The men’s golf program had another impressive season that saw it finish second overall in the MCCAA Eastern Conference. After winning a regional, Delta earned an automatic bid into the 2021 NJCAA Division III Men’s Golf Championship where they finished seventh overall as a team.

But perhaps the greatest achievement in this elite year for Delta College was the Pioneers’ women’s soccer team winning its first-ever NJCAA national title. Finishing with a perfect 12-0 season, the Pioneers capped the year with a dominant 4-1 victory over Brookhaven College in the national championship.

Throughout the season, the Pioneers were dominant offensively, averaging over eight goals per game, with five double-digit wins. The team was even better on the defensive side, giving up just three goals the entire season.

In a year unlike any other, Delta College can be proud of its athletic success. For Delta director of athletics Dionne McCollum, the Pioneers’ success has shown anything is possible.

“This honor breaks the stigma that junior college athletes aren’t smart enough or good enough to play at any level, however, they found their home at Delta and broke the stereotypes,” McCollum said. “Our student athletes are competitors and extremely talented. It’s an extreme honor to receive the MCCAA All-Sports Trophy.”