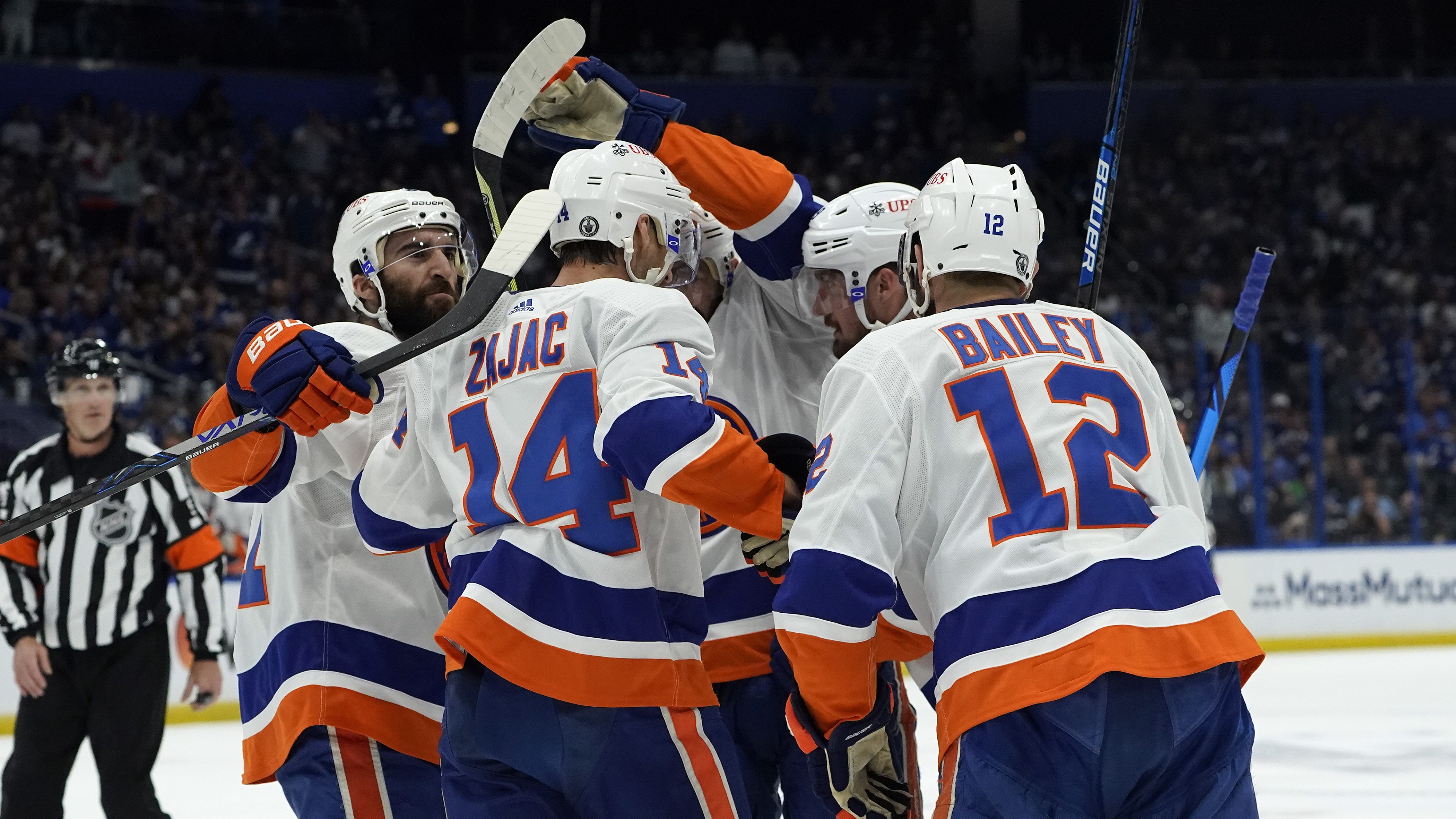 NEW YORK (AP) — The New York Islanders will have their jumbo-sized man advantage in the stands again at the Old Barn.

Jets rookie quarterback Zach Wilson and about 14 of his teammates headed to Nassau Coliseum on Thursday night to root on the Islanders for Game 3 of their NHL semifinal playoff series against the Tampa Bay Lightning.

Several Jets players have attended a handful of Islanders playoff games together this postseason — to bond off the football field and to show support for the hockey team. Head coach Robert Saleh also recently was at a game and wore an Islanders jersey during a video call with reporters last week.

Offensive lineman Greg Van Roten, a Long Island native and lifelong Islanders fan, came up with the idea for the players to go to games as a group early in the playoffs.

“Yeah, I joke with our PR team here that I’m just using the Jets to get myself tickets to go see my team,” a smiling Van Roten said earlier this week. “But it’s an opportunity to bond. We didn’t have this opportunity last spring (because of the coronavirus pandemic) and it definitely hurt us as a team throughout the season. So you get to spend time, obviously, with your position group a lot, but maybe not with guys in other position groups or across the ball.

“So this has been just a no-brainer as far as, hey, let’s get together on a weekend, go see a game and just kind of blow off some steam together and get to know each other on a more personal level, not around football.”

Fellow offensive lineman Dan Feeney has become a bit of an Islanders cult hero since the Jets began their visits to the Coliseum. Feeney, an Illinois native who signed with the Jets in March, went viral a few weeks ago for his celebration in the stands during which he guzzled a beer and smashed the can against his forehead — with his Jets teammates cheering him on.

Feeney became so popular, the Islanders promoted a T-shirt that was created featuring the outline of his head — complete with mullet — and “LGI!” in the middle. And all of the Jets players going to the game Thursday night posed in the T-shirts at the team facility in Florham Park, New Jersey, before heading to the Islanders’ home arena in Uniondale, New York.

“I mean, I’m giving him a hard time because he was a Blackhawks fan and all of the sudden he’s coming in and the Islanders nation has embraced him,” Van Roten said with a smile. “I’m not jealous or bitter, but, you know, I’m just saying, I grew up an Islanders fan.”

Well, the Islanders did right by Van Roten and promoted another T-shirt featuring the Islanders fan — with the outline of his bearded face and a “Defend NY” cap, like the one he wore during his Zoom call with reporters.

The Jets wrapped up their mandatory minicamp Thursday and many players will head home for a few weeks before training camp opens in late July. It’ll remain to be seen if the players continue attending games as such a large group, but they’re having a blast for now.

“I think I’m converting a lot of guys into Islanders fans,” Van Roten said. “It’s been pretty easy. I mean, you go to a game, you have a great time and they win. So it’s been awesome.”

Former Jets offensive lineman Damien Woody also has been a regular at Islanders games for a few seasons, rooting on the team and tweeting his support.

NHL Network recently had Woody on as a guest and he said he sees some similarities between the Islanders and another team with which he won two Super Bowl titles early in his NFL career.

“This team reminds me of when I played with the New England Patriots,” Woody said. “They’re just all business. They don’t do anything to really hurt themselves. That’s how you’ve got to play in the postseason.”