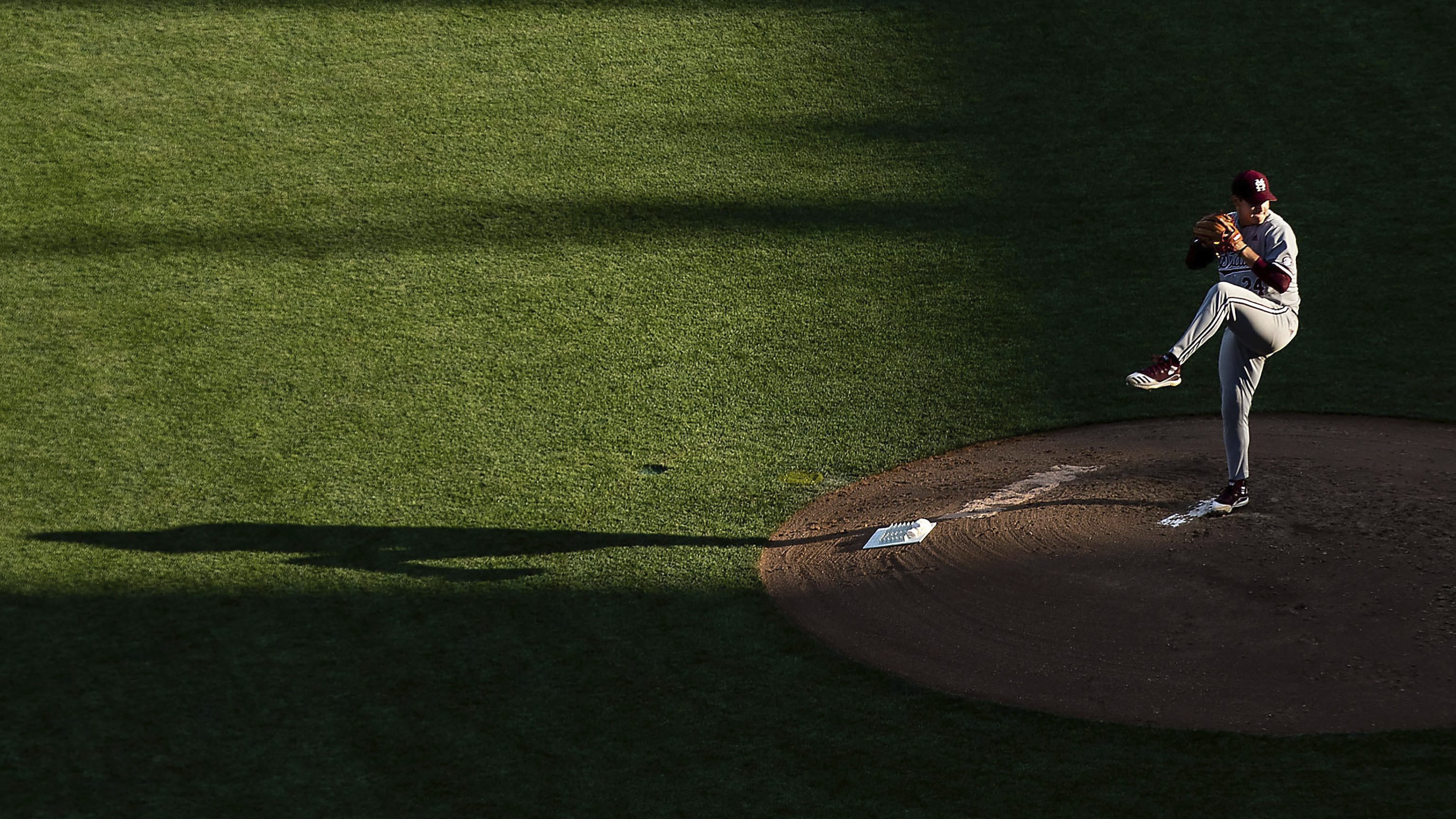 Will Bednar struck out a career-high 15 over six innings, the most at the College World Series in 25 years, and Mississippi State held off Texas 2-1 on Sunday night.

Bednar and Landon Sims set a CWS team record, combining for 21 strikeouts, and the Bulldogs (46-16) ran their season total to a Division I record-tying 766.

Bednar’s total was the highest by an individual since Clemson’s Kris Benson struck out 15 against Miami in 1996.

No. 2 national seed Texas (47-16) put only four balls in play against Bednar: three flyouts and Mitchell Daly’s base hit up the middle in the fourth.

The Longhorns’ offense came to life in the bottom of the ninth. Mike Antico led off with a homer, and Ivan Melendez and Cam Williams hit consecutive two-out singles to put runners on the corners before Douglas Hodo III grounded out to end the game.

The Longhorns have lost their CWS opener in each of their four appearances since 2009.

Bednar (8-1), brother of Pittsburgh Pirates pitcher David Bednar, had pinpoint command with his low 90s fastball, mixed with a slider down and out of the strike zone.

He fanned seven in a row from the first to third innings and broke the school’s single-game CWS record in the fourth with his 11th strikeout.

He walked Zach Zubia to start the seventh inning and threw one more pitch, his 108th, before MSU coach Chris Lemonis called on Sims.

The hard-throwing reliever picked up where Bednar left off, striking out the first five batters he faced. He finished with six strikeouts.

MSU, the No. 7 national seed making its third straight CWS appearance, picked up both its runs in the fourth off Ty Madden (7-5). The first came home on a sacrifice fly and the other when Brad Cumbest sent a fly down the right-field line that landed just in fair territory. Hodo couldn’t make a play, and Luke Hancock scored from first on Cumbest’s triple.

Madden struck out 10 in seven innings, and the teams’ 33 combined strikeouts set a CWS record.

MSU has struck out at least 10 batters in six of its seven NCAA Tournament games and in 49 of 62 games this season.

The CWS individual strikeout record in a nine-inning game is 17 by Arizona State’s Ed Bane against Oklahoma in 1972. The overall CWS record is 20 by Ohio State’s Steve Arlin, who pitched all 15 innings against Washington State in 1965.