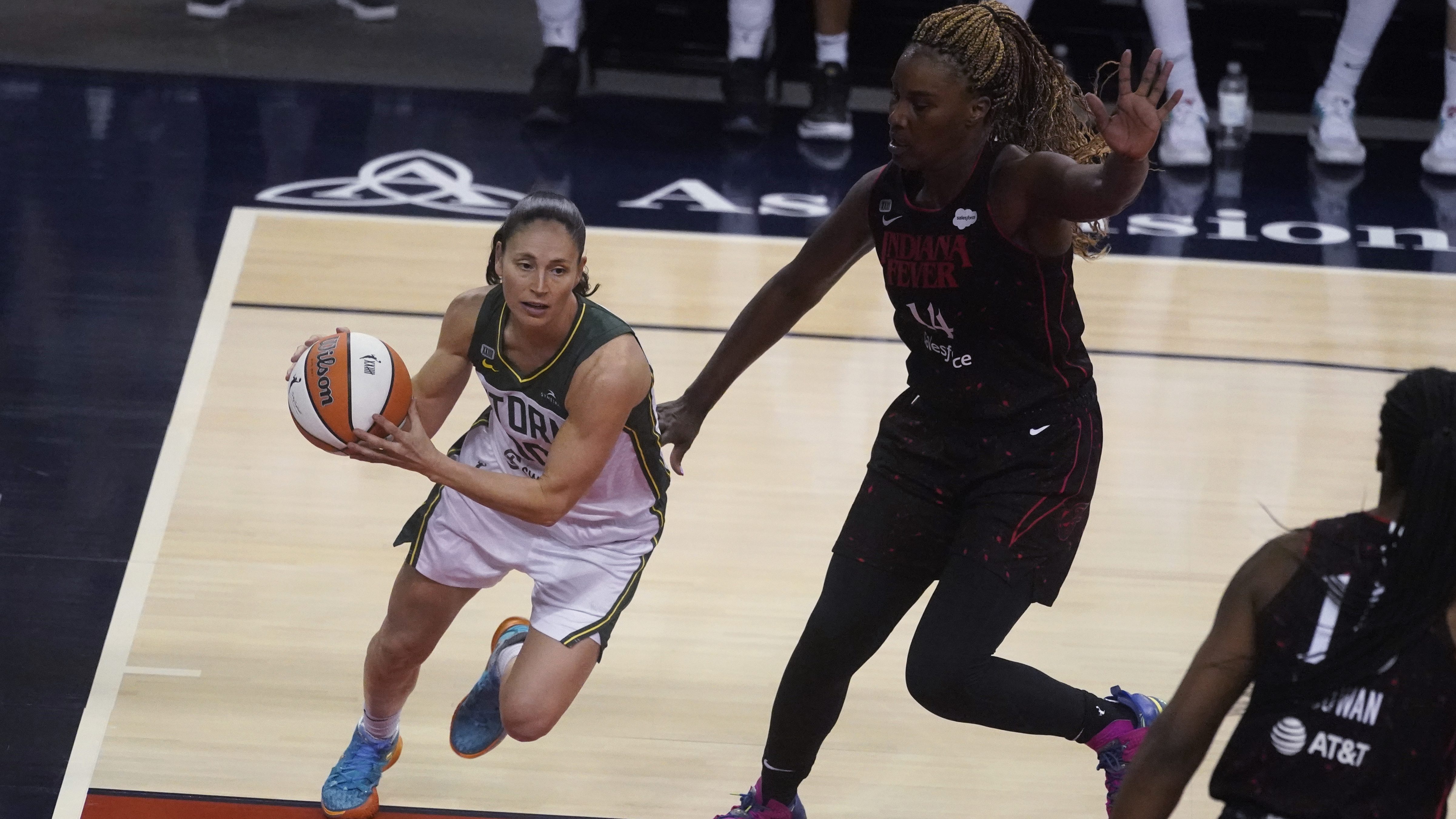 Sue Bird and Diana Taurasi will try and become the first five-time Olympic gold medalists in basketball as they lead the U.S women’s team at the Tokyo Games.

The duo was selected for their fifth Olympics on Monday, joining Teresa Edwards as the only basketball players in U.S. history to play in five. Edwards won four gold medals and a bronze in her illustrious Olympic career.

The 40-year-old Bird and 39-year-old Taurasi will lead a veteran group in Japan, including 6-foot-6 Sylvia Fowles, who will be playing in her fourth Olympics. Tina Charles will be in her third while 6-8 Brittney Griner and Breanna Stewart are back for a second time.

There will also be six newcomers to the Olympic stage led by reigning WNBA MVP A’ja Wilson. The Las Vegas Aces star helped the U.S. win the World Championship in 2018 in Spain. Others making their Olympic debuts are Skylar Diggins-Smith, Chelsea Gray, Ariel Atkins, Jewell Loyd and Napheesa Collier.

“USA Basketball has never been in a better place,” said U.S. head coach Dawn Staley, who won three Olympic gold medals as a player and helped the team win two more as an assistant coach. “I’m honored to be the coach of such an amazing collection of talented women, both those named to the team and those who gave their all the last few years but won’t be with us in Tokyo.”

The Americans have won the last six consecutive gold medals, not dropping a game at the Olympics since 1992. They are the heavy favorites to win again. The Americans are in a pool with France, Japan and Nigeria, which the U.S. opens up against on July 27. The Americans face Japan on July 30 and France on Aug. 2.

The U.S. team will get together in Las Vegas in July to train for a week as well as play an All-Star Game against a selection of WNBA players. The Americans will also play games against Australia and Nigeria.