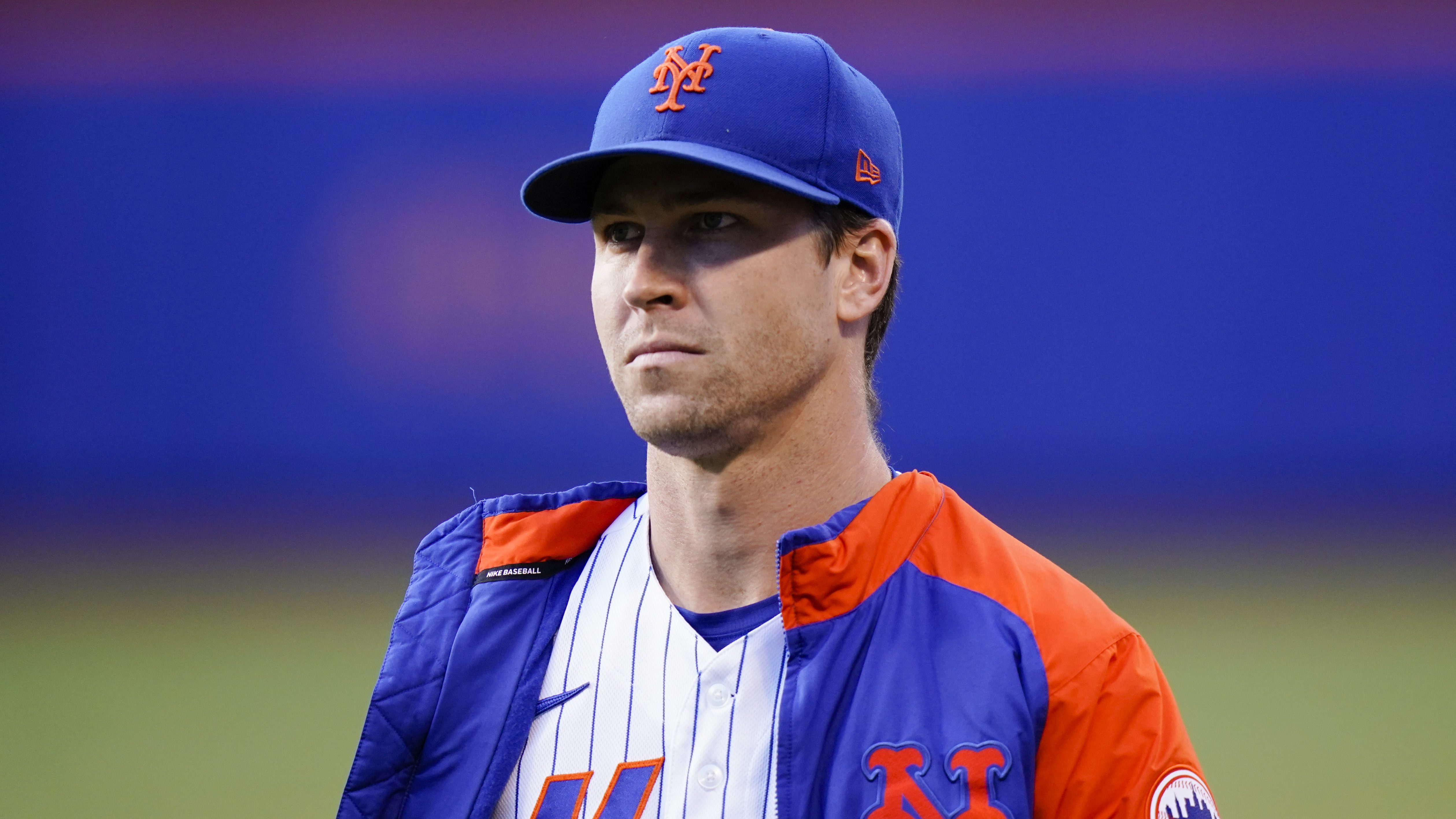 NEW YORK (AP) — Mets ace Jacob deGrom has been cleared to start the opener of New York’s doubleheader Monday against the Atlanta Braves after dealing with right shoulder soreness, and infielder Jeff McNeil has also been activated from the injured list.

DeGrom was pulled after three innings Wednesday against the Chicago Cubs with the discomfort in his right shoulder. It was the second straight outing the right-hander exited with an arm issue — he was lifted from a game June 11 against San Diego with flexor tendinitis in his right arm.

An MRI showed no damage to deGrom’s shoulder. DeGrom threw a bullpen Saturday — his 33rd birthday — and felt good, setting up the two-time NL Cy Young Award winner to pitch on his normal four days of rest.

DeGrom has said he thinks the shoulder injury may have occurred while hitting, and manager Luis Rojas said Monday the team wants deGrom to adjust his preparation if he’s going to continue swinging away at the plate. Rojas wants deGrom to practice hitting more often so his muscles are more accustomed to his swing.

Although deGrom his hitting .423 this season, Rojas said he doesn’t do much offensive work between games. DeGrom has driven in six runs this year while allowing just four earned runs.

“He’s been a natural at the plate,” Rojas said.

McNeil hasn’t played since May 16 because of a left hamstring strain. The 2019 All-Star was 6 for 17 with a home run during a four-game rehab assignment with Triple-A Syracuse. He’s batting .242 with three homers and a .710 OPS in 31 big league games this year.

McNeil was not in the Mets starting lineup for the first game of Monday’s doubleheader.

Right-hander Robert Gsellman was placed on the 10-day injured list with a right lat strain, and left-hander Stephen Tarpley was recalled from Triple-A Syracuse as New York’s 27th man for the twinbill.