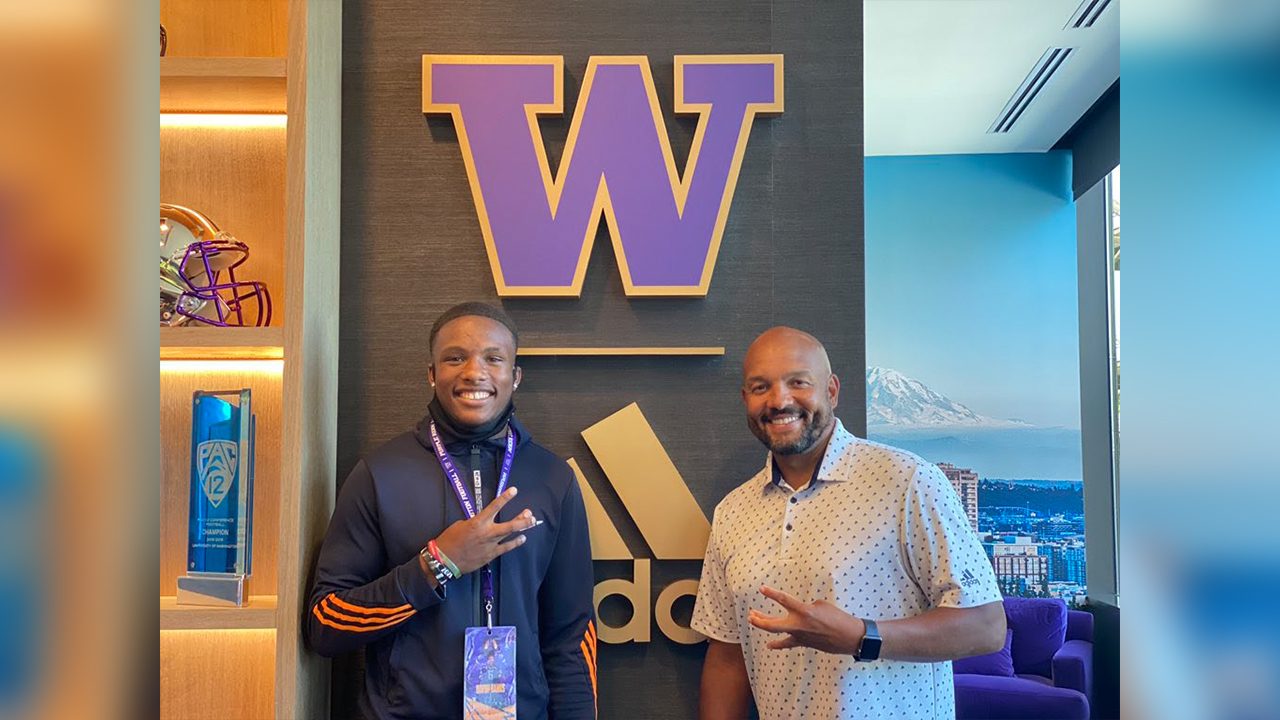 SAN JACINTO, Calif. (BVM) – It looked as though Davon Banks was headed for the junior college route.

The San Jacinto High School football standout tore the same meniscus twice, causing him to miss his entire junior season. His senior season was then pushed back to April of this year – just two months before he was slated to graduate – which meant he didn’t have any film for college coaches until the completion of his senior campaign.

“It took a big toll on me,” Banks said of his injuries and missed opportunities. “But I have some good people in my corner and they kept me motivated, kept me working.”

Banks’ continued motivation and work paid off big time during his last chance at the prep level this past spring.

In a 35-21 win over Citrus Hill on April 17, the 5-foot-10, 180-pound two-way player racked up 171 receiving yards and two touchdowns on four catches. Banks had two other touchdowns negated by penalties, including a 99-yard would-be pick-six.

He finished an abbreviated spring season with 11 receptions for 261 yards and three scores, and even added a 93-yard kickoff return for a touchdown. On the defensive side, Banks tallied 22 tackles, one interception and five pass breakups at cornerback.

After not hearing much at all from college coaches through his injury rehab and a pandemic, Banks was invited to a camp at the University of Redlands two weeks ago by University of Washington defensive backs coach Will Harris. The two had met during Banks’ sophomore year, when Harris was at San Jacinto recruiting another Tiger.

With only a few preferred walk-on opportunities under his belt, Banks’ performance at the Redlands camp confirmed what coaches had seen on film, and changed the trajectory of his future.

At a time when nearly every 2021 recruit already knew where they planned to play football, Banks earned his first Division I scholarship. The future Husky graduated from San Jacinto on June 10, and just eight days later, enrolled at Washington with the rest of the 2021 recruiting class.

“I was relieved,” Banks said of his reaction to the UW offer. “They don’t usually offer kids so late. It happened so fast from just graduating on the 10th to leaving a week later; it’s crazy.”

Washington signed three other defensive backs for its 2021 class: three-star recruits Dyson McCutcheon, Zakhari Spears and Vince Nunley. The Huskies’ 2021 class altogether includes 16 commits and is ranked sixth in the Pac-12 and 36th nationally by 247Sports.

Budda Baker, Marcus Peters, Desmond Trufant and Kevin King are just a few former Washington defensive backs to make a splash in the NFL, and Banks hopes to continue the tradition.

“This is the best school for DBs (defensive backs); Washington is known for putting DBs in the league,” Banks said. “I’m just happy I get to be around that coaching staff.”

Despite having only been committed to the Huskies for about a week, Banks is already feeling the love, and is ready to prove that he belongs all over again.

“The fans have been amazing; I can’t stress that enough,” Banks said. “The fans have shown me love and they haven’t even seen me play yet.

“Husky fans are getting a corner who can tackle, isn’t afraid of the big lights and fearless. I’m ready to work; you’re going to get 110% out of me every play.”