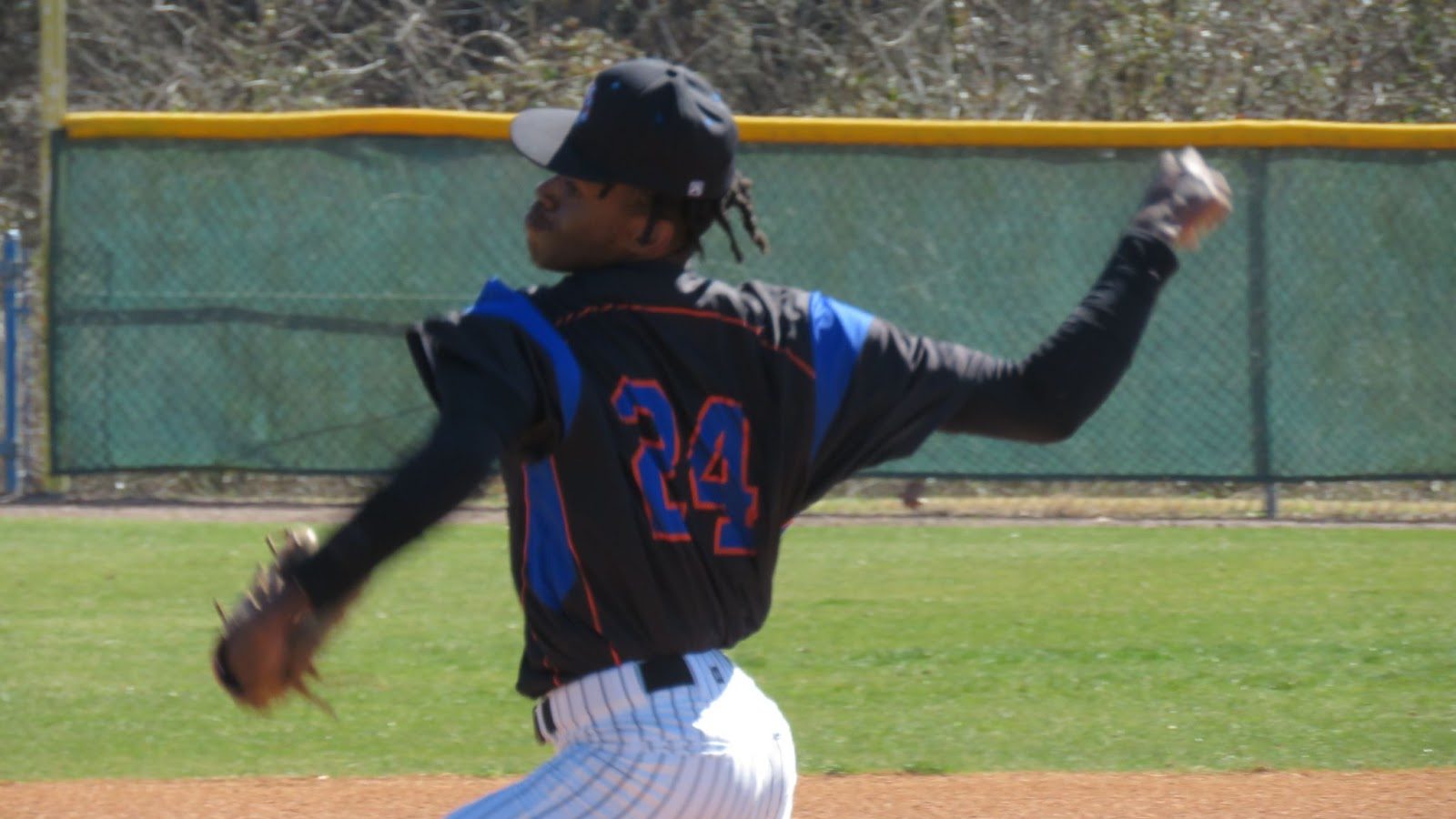 Chattanooga State Community College pitcher Kobe Robinson was just one of nine JUCO players selected in this year’s MLB Draft after the freshman held his own both as a member of the Tigers and the West Virginia Black Bears in the MLB Draft League. (Courtesy: Greg Dennis)

CHATTANOOGA, Tenn. (BVM) — For as many college baseball fans there are in the United States, it is doubtful that many keep a sharp eye out on the happenings of the Chattanooga State Community College baseball team. Though the team has had its fair share of successes, such as advancing to the 2010 JUCO World Series, the team typically doesn’t get the same spotlight as other teams even within the same city. However, despite its lack of national attention by fans, MLB scouts will continue to live up to the adage “if you can play, they will find you” as one Tigers player was able to hear his name called during this year’s MLB Draft.

ChattState freshmen starting pitcher Kobe Robinson was selected by the San Diego Padres in the 13th round (No. 400 overall) of the MLB Draft on Tuesday. The selection made Robinson just the fourth highest selected junior college prospect and one of just nine selected during the draft.

“I’m super thankful for it because I’ve been working for this opportunity my whole life and now that it has come I’m going to take full advantage of it,” Robinson said. “You don’t have to go DI to put your name out there. That’s what I did. I didn’t go DI, I went the JUCO route and I made sure to make a name for myself and made sure I could make it to where I wanted to be.”

The moment he received his call from the Padres is one that will live for a long time in Robinson’s memories.

“I was super excited because like I said I have been working on this moment for this my whole life,” Robinson said. “I know it made my family proud and to see them happy like, ‘Wow! I really did it!’ Now I just gotta keep going.”

The Alcoa, Tenn., native was more than deserving of the honor, especially after how he played over the past calendar year in numerous situations. During his time with the Tigers, the freshman had a 4-3 record in nine appearances and four starts with a 3.50 ERA and 60 strikeouts while recording a team-high 54 innings pitched. These performances helped the Tigers to a 29-14 overall record including a 15-13 conference record in the Tennessee Community College Athletic Association which was good for a No. 4 finish.

Robinson’s draft stock may also have been improved by his participation in the new MLB Draft League, which provides the opportunity for draft prospects to showcase their skills against each other and boost their draft stock. During this year’s draft, 39 players from the league were selected, including Robinson, who played for the West Virginia Black Bears.

The righthander pitched well for the Black Bears, appearing in 10 games and going 1-0. Up to the draft, Robinson had a 4.76 ERA, 1.80 WHIP, with 20 strikeouts and six walks and giving up an average of .256. Robinson seemingly saved his best stuff for last as he struck out the side with a fastball that clocked in at 99 mph against the Frederick Keys during his final appearance with the club.

“That was a fun experience,” Robinson said. “It gave me an idea of what minor league ball would be like, how you would live and whatnot. Going up there really showed me that nothing is given to you. This opportunity you earned it and you’ve got to make the best of it and I really appreciate them for giving me the opportunity to go up and improve myself.”

“I was told just go up there and do you, don’t try to overdo yourself,” Robinson said. “People told me I have natural talent and I took that into consideration and stayed within myself and did what I was capable of.”

Prior to the draft on July 11, Robinson announced his commitment to Southern University. However, following his selection in the draft, Robinson said he will commit to the Padres and join their organization this next year, officially making the jump to the professional ranks.

Tigers fans and baseball fans in the surrounding Chattanooga community will be happy to see Robinson take his talents to the next level. While he knows this is just the beginning of a long journey to the majors, the pitcher will be going in with all the confidence in the world.

“[Making the majors] would mean the world to me,” Robinson said. “I’ve been working for it my whole life to make it to the big leagues. I’ve watched people get there that I watched growing up and I was like, ‘Man, this could be me one day.’ I want that to happen.”