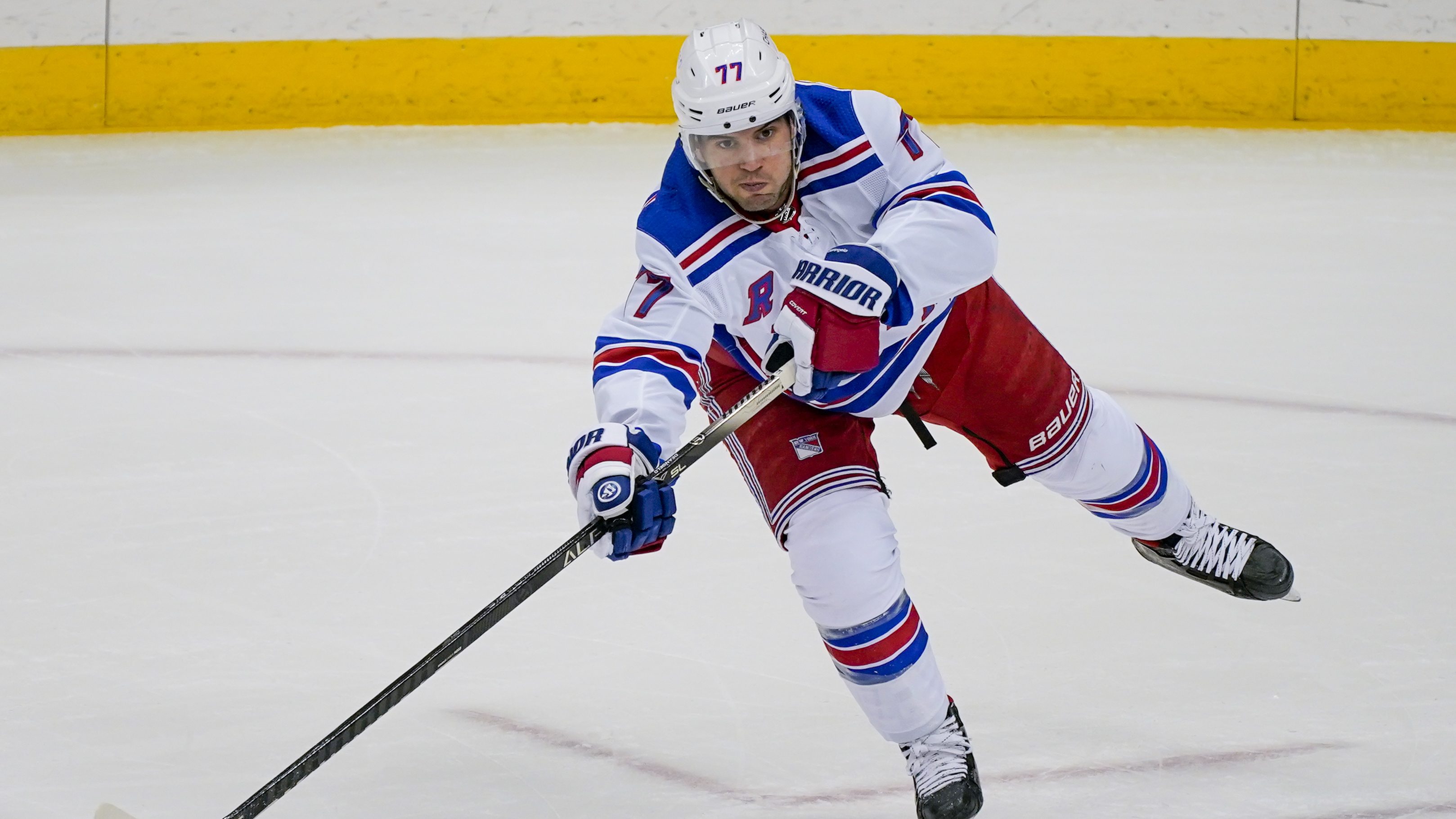 The New York Rangers are buying out the player they paid to go away and giving the money saved to a back-to-back Stanley Cup champion they hope will improve team chemistry on and off the ice.

The Rangers put defenseman Tony DeAngelo on unconditional waivers Friday for the purposes of buying out the final year of his contract. Hours earlier, they introduced new forward Barclay Goodrow after he signed a $21.6 million contract.

Buying out DeAngelo and bringing in Goodrow are two more steps by new president and general manager Chris Drury to put his stamp on a team that has been criticized for not being tough to play against.

Former GM Jeff Gorton said in February that DeAngelo had played his last game for the Rangers. DeAngelo was involved in an undisclosed incident, went unclaimed by the NHL’s other 31 teams on regular waivers and was assigned to the taxi squad but told not to report.

DeAngelo can sign anywhere as an unrestricted free agent when the market opens Wednesday. Despite the Rangers not being able to give him away last season, the 25-year-old could draw interest on a short contract: He’s only one year removed from putting up 53 points in 68 games.

Led by 2020 MVP finalist Artemi Panarin up front and reigning Norris Trophy winner Adam Fox on defense, New York has plenty of players who can produce. What the Rangers needed was some grit and toughness.

Enter Goodrow, who along with Blake Coleman was the “final piece” of the Tampa Bay Lightning coach’s Stanley Cup puzzle, according to coach Jon Cooper. Coleman, Goodrow and new Seattle Kraken center Yanni Gourde formed a third line that was a matchup nightmare on the way to consecutive championships.

After the Rangers took criticism for players not standing up for each other in the immediate aftermath of a scrum with Washington’s Tom Wilson that left Panarin injured and led to a $5,000 fine for roughing Pavel Buchnevich, the organization made a concerted effort to bulk up.

President John Davidson and Gorton were fired and Drury promoted from assistant GM. Drury hired no-nonsense coach Gerard Gallant and traded a 2022 seventh-round pick to Tampa Bay for Goodrow’s rights, which allowed the Rangers the chance to sign him before free agency.

Goodrow’s first game that counts with New York will fittingly be against Wilson and the Capitals. But the Rangers are counting on him to bring his Cup-winning experience and leadership all season and into the playoffs for years to come.

“I’m more of a ‘follow my lead’ (kind of) a player,” Goodrow said. “Not the most vocal but I just like to show and (hope teammates) follow my actions.”