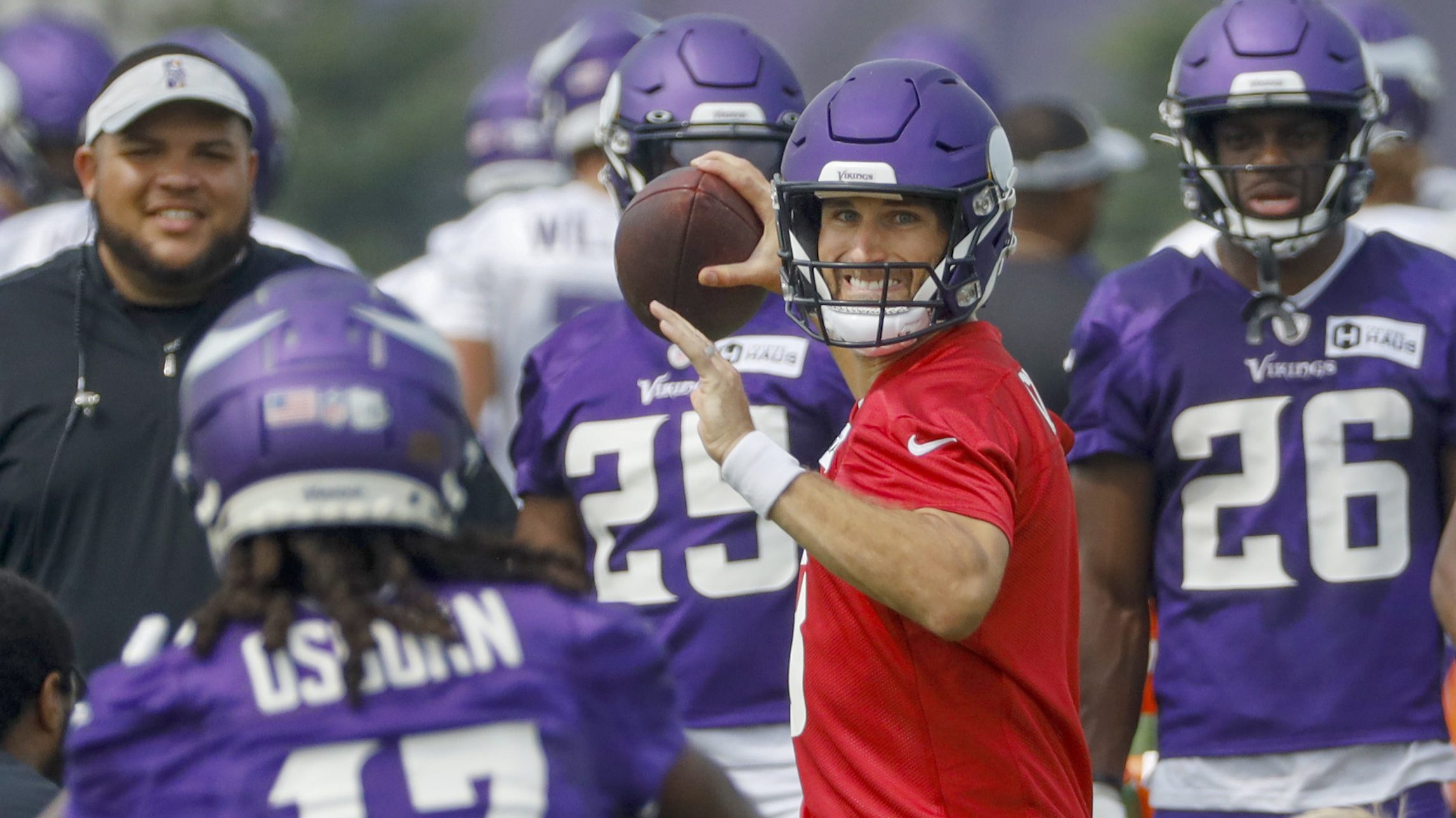 EAGAN, Minn. (AP) — The Minnesota Vikings have started their second week of training camp with a severe shortage of quarterbacks, with Kirk Cousins and two of his backups sidelined under COVID-19 protocols.

Cousins, Kellen Mond and Nate Stanley were placed on the NFL’s reserve list for COVID-19 on Sunday. The trio was first held out of practice on Saturday night, with only third-year player Jake Browning remaining on the roster to run the offense.

After a day off for the players, the Vikings resumed their work on the field on Monday. They were in the process of trying out free agents for some emergency help, until Cousins, Mond and Stanley are cleared to return.

Quarterbacks coach Andrew Janocko took some throws at the beginning of practice on Saturday to help lighten the load on Browning, who spent his first two seasons on the practice squad but completed some eye-catching passes under the lights at the team’s practice facility and was playfully doused with water by teammates once the session was over.

Vikings head coach Mike Zimmer was visibly frustrated by the sudden absence of Cousins, expressing worry about a similar scenario unfolding during the regular season that would force a vital player without a proven backup to sit out of an important game

“This Delta variant is rough. You can see the cases going up every single day now. That’s why, for the sake of everybody’s health, I think it’s important (to get vaccinated). But some people don’t understand, I guess,” Zimmer said.

Cousins has declined to answer questions this summer about his vaccination status. NFL Network reported that Cousins was forced out of action as a high-risk close contact of Mond, who tested positive for COVID-19 but has been vaccinated. Per league protocols for those categories, Cousins must quarantine for five days and test negative before he can return. Mond could be back with a negative test in as soon as two days.

Zimmer said the Vikings might have to keep one quarterback out of all of their meetings, as some teams around the league did last season.

The Vikings also placed wide receiver Bisi Johnson on injured reserve, after the third-year player in competition for the No. 3 spot suffered a season-ending ACL tear in his knee last week.