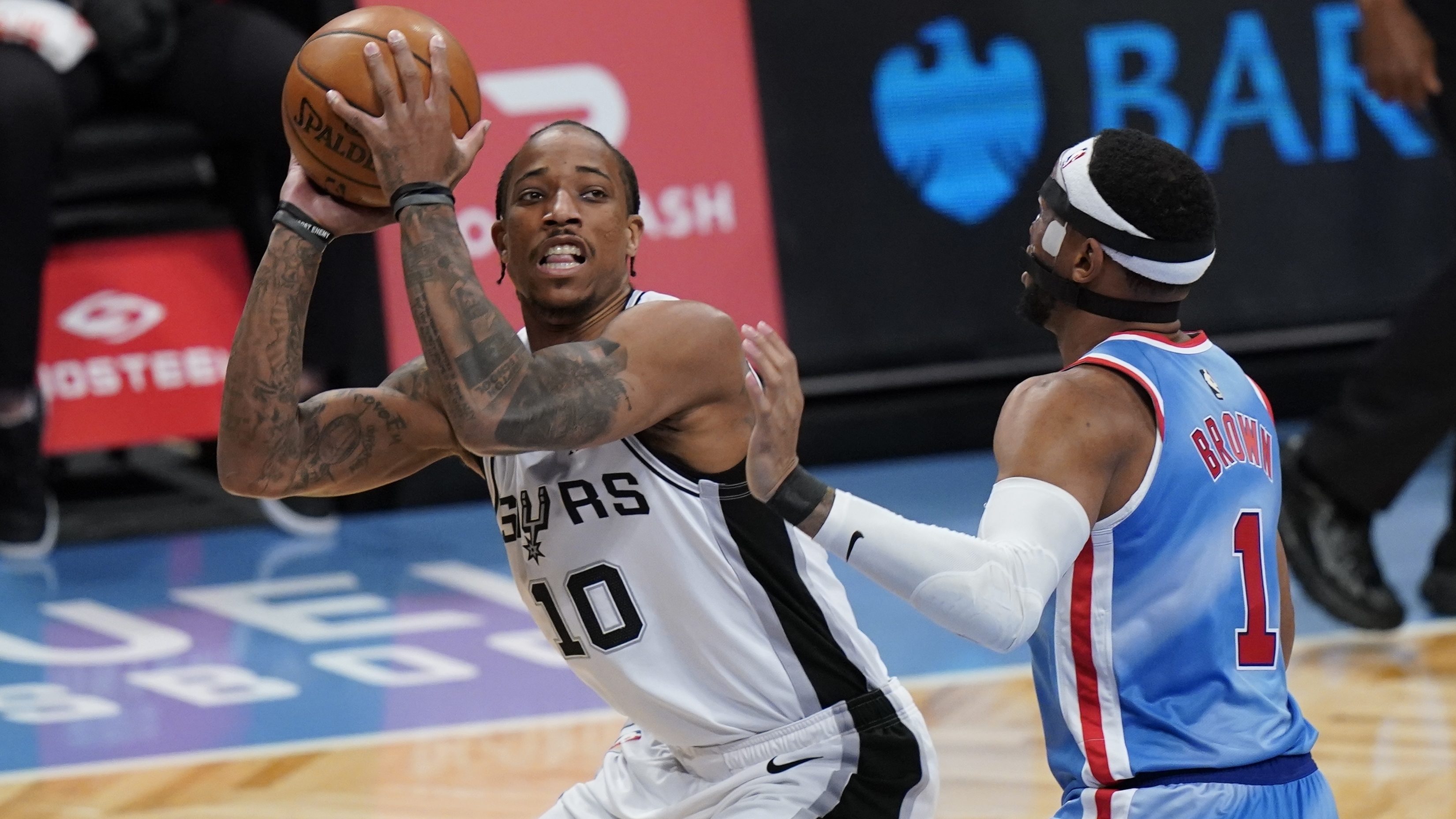 The Bulls agreed Tuesday to a three-year, $85 million contract with DeRozan as part of a sign-and-trade with San Antonio, a person familiar with the deal told The Associated Press. The person spoke on the condition of anonymity because teams cannot announce deals until Friday. It was not clear what the Spurs are getting in return.

The move is another sign Chicago is serious about contending in the Eastern Conference. The Bulls finished 11th in the East at 31-41, two games behind Charlotte for the final play-in spot. While they missed the playoffs for a fourth straight year, it was their first season with Arturas Karnisovas leading the front office and Billy Donovan coaching the club.

A four-time All-Star, DeRozan has averaged more than 20 points in each of the past eight seasons with Toronto and San Antonio. He scored 21.6 per game last year and shot just under 50%. But San Antonio missed the playoffs for a second straight season after an NBA-record 22 straight appearances.

Ball, a four-year veteran who turns 24 in October, is coming off his most productive season. In his second year with the Pelicans, he averaged career highs in points (14.6 per game) and field-goal percentage (41.4) while averaging 5.7 assists. Drafted second overall by the Lakers out of UCLA in 2017, Ball has changed his shooting mechanics since being traded to New Orleans as part of a blockbuster deal that sent Anthony Davis to Los Angeles.

Ball hit a career-high 172 3-pointers last season while making a career-best 37.8% of his shots from deep.

He agreed to a four-year, $85 million contract with Chicago. The Bulls are sending guards Tomas Satoransky and Garrett Temple to the Pelicans. Chicago also agreed Monday to a four-year, $37 million deal with Lakers backup guard Alex Caruso. Caruso has played all four seasons in Los Angeles, averaging 5.9 points while shooting about 43%, and teamed with Ball their first two years.