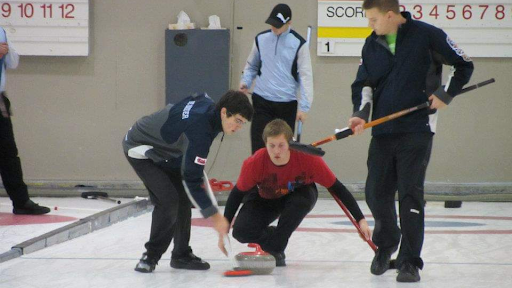 REGINA, Saskatchewan — The city of Regina was 12 years old when the Caledonian Curling Club, known by the locals as The Callie Curling Club, was formed. It was the second curling club established in the city and was headed by C.J. Watson, while Jean Cheyne was subsequently named President of the Callie Ladies Club.

Curlers decided to birth the Caledonian at the Slater and Finlayson’s store. They believed it would improve curling in Regina and provide more suitable accommodation for the provincial curling bonspiel.

On October 14, 1915, when the club was formed, its first members gathered at Dewdney Street to throw their first rocks at the rink. Since then, it has continued to contribute to the success of the curling sports in Saskatchewan and Canada.

The Callie is customer-oriented and serves the needs of Regina curlers of any age group, family status, experience levels, and interest levels. Anyone can book ice time and enjoy a curling game at an affordable rate during the curling season, which runs from October to March.

Women were encouraged to join the club and play alongside the men’s team to increase the club’s membership. However, by 1921, after the women’s team showed considerable success by winning a club bonspiel, the men asked them to form a club of their own instead of competing with the men.

There are currently a lot of people keeping the club vibrant, some of whom are young curlers. Kenda Richards, who is the new President of the Club, believes that the social aspect of the sport is what makes it successful.

“A lot of us here we met our husbands at curling rinks or wives because it’s a great social activity,” she said.

Many champions, from the local to the Olympic level – have passed through the Caledonian curling rink. One of Saskatchewan’s best curlers, Sandra Schmirler rink, won an Olympic gold medal in 1998. Other Olympic champions are Jan Betker, Marcia Gudereit, and Joan McCusker. Brock Virtue, Chris Shiller, Baeden Moskowy, and DJ Kidby were men’s provincial champions in 2013.

In 2015, the club marked its 100 years of existence with various events, including a bonspiel, a 100 end curling game, and a Centennial Gala.

By the beginning of the 2018/2019 season, Regina curlers had one less venue for throwing rocks as the Tartan Curling Club, founded in 1948, signed an agreement to merge with the Caledonian Curling Club. The aging Tartan curling rink had served curlers for 60 years – since 1958 – and needed significant improvements. The amalgamation move would improve financial stability, maximize facility usage, and create operational efficiencies within the Regina curling community.

The Callie facility, located on Sandra Schmirler Way, is accessible and offers more parking space around the facility. Both teams expected that upgrades to facilities at the Callie would be done using some proceeds from the sale of the old Tartan rink.

Unfortunately, the Board canceled most of the 2020/21 curling season after the Saskatchewan Health Authority declared an outbreak of COVID-19 at the club in November 2020. The cancellation followed an increased risk of contracting the virus after some of Callie’s members attended a bonspiel at the Highland Curling Club.

The Callie’s vice-president, Michael Lavis, expressed disappointment with the SHA and the Highland for not informing them of an outbreak at their fellow club before members of the Callie went curling in their facility that weekend until it was too late.

According to Lavis, “If we would have known sooner, we would have, potentially, been able to help mitigate some of that cross-exposure.”

The club board has discussed ways to boost safety when they return to the ice for the 2021/22 curling season.