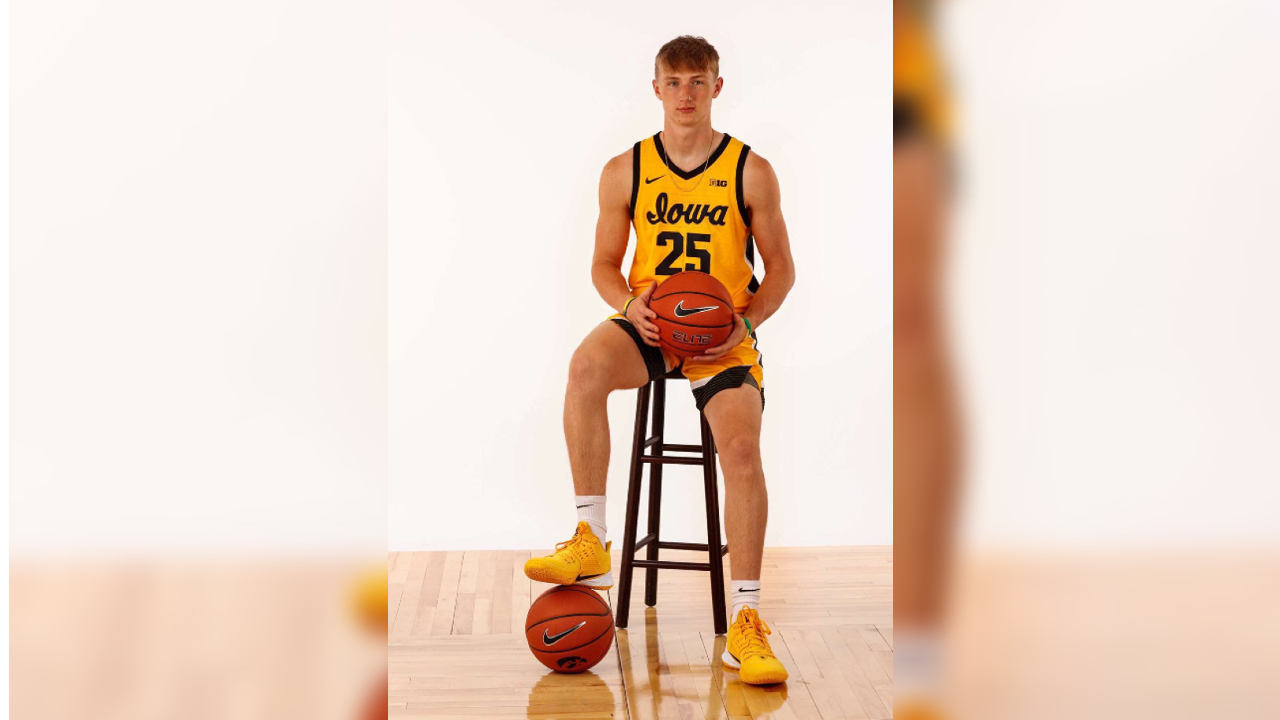 Dix is the highest ranked recruit from the state of Iowa in the Class of 2022 according to 247sports. (Courtesy: Josh Dix)

COUNCIL BLUFFS, Iowa (BVM) — Up until September, the answer to the question of where Josh Dix was going to play basketball next was one he couldn’t give.

“It was all super close,” Dix said. “I mean Drake was super close. They were recruiting me for a really long time since my sophomore summer so they were close. Pretty much every school in there was close.”

The 6-foot-5 senior from Abraham Lincoln High School is the top-ranked recruit from the state of Iowa in the Class of 2022 according to 247sports. In August, the three–star recruit had whittled his list down to just five schools: Drake, Wisconsin, Wake Forest, Utah and Iowa, with the goal to have his decision made prior to the start of his senior season.

“I just kind of wanted to get it over with before senior season,” Dix said. “I didn’t know how early that it would happen but yeah that was definitely a goal.”

He accomplished that goal earlier in September when he announced via Twitter that he was verbally committing to Iowa.

“It feels great just to get that off my chest and worry about high school season now it just feels awesome,” Dix said.

Dix credits a visit he took to Iowa over Labor Day weekend as what sealed the deal for him and made him sure that he wanted to be a Hawkeye next year.

“I was pretty close with all the schools but just that visit made it a family-type culture and just a place that I could call home,” Dix said. “It felt right so I pulled the trigger on it.”

Talking with Iowa head coach Fran McCaffery, visiting with the team, and even getting the chance to talk to former Hawkeye Luka Garza, who was in town working out at the Hawkeye facilities, all played a part in his decision.

The decision allows him to breathe a sigh of relief and put an end to a recruiting process that began the summer after his sophomore year but really picked up during his junior year.

Last season, Dix led the Lynx in scoring (19.4 points per game), assists (4.3), and was second on the team in rebounds (7.2), helping his team make it to the state tournament.

“It was an unbelievable experience,” Dix said. “Our school isn’t really known for making it there for basketball so it was unbelievable but definitely a lot of unfinished business.”

Following that season, in the month of April alone, he received offers from Wake Forest, Purdue and Iowa. Then in June, Minnesota gave him an offer followed by Wisconsin in August.

One reason for the uptick in both his play and the interest from colleges was his time spent training during the pandemic.

“It all kind of started when COVID hit and we had to stay inside,” Dix said. “I started working out three to four times a day. That’s what really kind of helped me because I didn’t really have anything to do so it was just basketball pretty much all day every day.”

That combined with more game film from his junior year coaches to look at made Dix’s stock skyrocket, all of which validated the hard work he had put in since he was in eighth grade.

“It was crazy,” Dix said. “It was super satisfying, just realizing that all the work that I put in paid off.”

It was back in eighth grade that Dix made the move to a new AAU team that made him want to work harder to become that player and person he could be. Dix had played basketball since he was three years old and it had always been his favorite sport but it was then that the game took on a whole new meaning.

“I feel like up until seventh grade it was kind of like playing for fun with my friends,” Dix said. “In eighth grade, I really started to take it seriously, pretty much every day I was working.”

“I just felt like in order to become the best me I had to work every day for it.”

Dix is proud of the journey he has been on and thinks of himself as an example of what hard work and dedication can do in helping achieve your goals but Dix still has one more he wants to accomplish before he heads to Iowa City.

“We’ve been working really hard, me and my team, to get back there and we want to win it all this year,” Dix said.