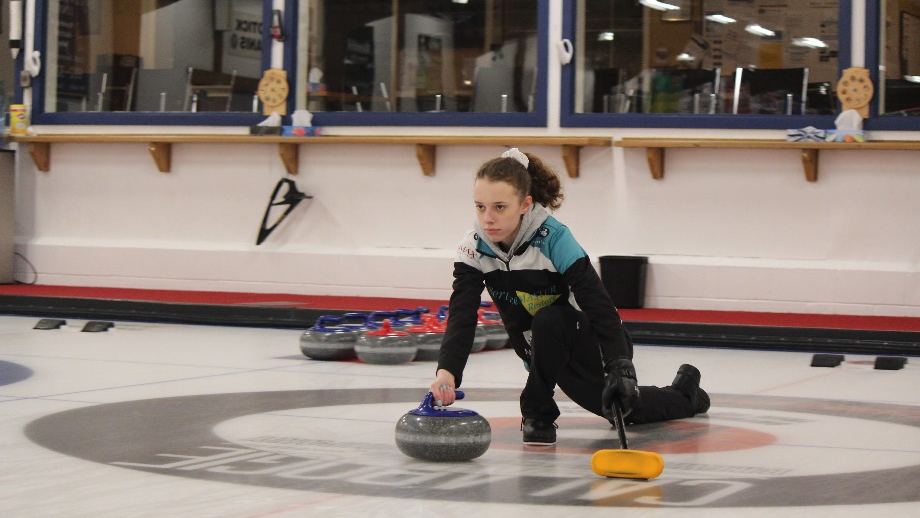 OTTAWA, Ontario — Life has always been an emotional rollercoaster for Jennifer Madden, a freshman majoring in interactive media and design at Carleton University and member of the Manotick Curling Club.

A few months before she turned three years old, the curling player was diagnosed with Acute Lymphocytic Leukemia and had to start the first battle of her life at an early age. Madden said she was too young to remember how the treatment process was, but she affirmed her family played an important role during this time.

“My family tried to act like everything was normal so me and my sister never felt the stress,” she said. “They were very important in the process considering they were the only ones I could see at the time.”

During the final stages of her treatment, Madden had to go to the hospital several times due to neutropenia and she was also diagnosed with chicken pox. Even though it was a tough situation for the girl, she was strong enough to overcome all adversities and after more than two years of treatment, Madden’s family got the news she was cured in December 2008.

She said the news was not a big deal for her and her family. According to Marlene Elliott, Jennifer’s mother, it was a mix of sensations because they felt they should have celebrated it, however, they realized how stressful the situation was and it was a hard time for the family.

Growing up, the South Carleton High School alumni started to develop a passion for curling. She explained this is a popular sport inside her family and both of her parents curl. Madden also said her father is a major role model for her and watching him compete motivated her to play as well.

“As I started to get older, I began to learn what an incredible curler my dad is,” she stated. “He has always been my inspiration and watching him compete at various events really inspired me to try it out.”

For the past eight years, the college student has been playing curling at the Manotick Curling Club and she is currently playing with Team Madden in the Tuesday Cash League at Rideau Curling Club, as well. Throughout the years, she has achieved many accomplishments in her curling career such as the 2019 Capital Slam Championship and 2020 Orion Slam Championship.

When cancer was in complete remission and curling became a part of her life, the 17-year-old girl started to notice some changes on her mindset because of depression, a problem which she could not realize before.

Because of the COVID pandemic, many restrictions were imposed by governments to control the spread of the virus such as lockdowns and quarantine. According to Madden, the problems she was already facing prior to the pandemic got worse once the restrictions started.

“The summer of 2020 was the worst my mental health has ever been, and my friends started to notice. I couldn’t see my friends or leave the house and I was just repeating the same day over and over again, which made me feel numb and empty,” she explained.

Once things started to go back to normal, she explained the fact she was able to see some of her friends again was helpful for her. She said the restart of her curling routine was also important for her, as it helps her to stay active and healthy.

For the past few months, mental health in sports has been a subject for debate in many network platforms. It became even more discussed after Simone Biles, seven-time Olympic medalist, decided she would not participate in some of the Olympic Games events due to her mental health problems.
Jennifer Madden playing at the Manotick Curling Club

Madden believes it is extremely important to see athletes taking care of their mental health and she affirms mental health is just as important as physical health because it plays a major role in the athlete’s performance.

“It can affect your relationship with your teammates and how you play your sport,” she said.

Talking about her future, Madden said she plans to study at Carleton University for the next five years and she is still trying to discover what career she wants to follow. She also mentioned she has plans to play curling at a higher level and she will keep practicing to make her effort worth it.

At age 17, the Canadian has had many experiences in her life and she said these events made her realize how grateful she is for her life and the support system she has.

“I have the most amazing support system and with them I know I’ll always be ok,” she said. “I know that I have made it through before and I can do it again.

The Nutana Curling Club: Saskatoon’s most-loved curling rink
Chris Innes describes his journey as a curling instructor
The Highland Curling Club: built by the community for the communi...
Leading her team to success and making Canada proud: Kerri Einars...
The Caledonian: a prominent curling rink for all age groups and e...
Keri Einarson: A household name in the winter sport of curling
Canadian professional curlers find love on the ice