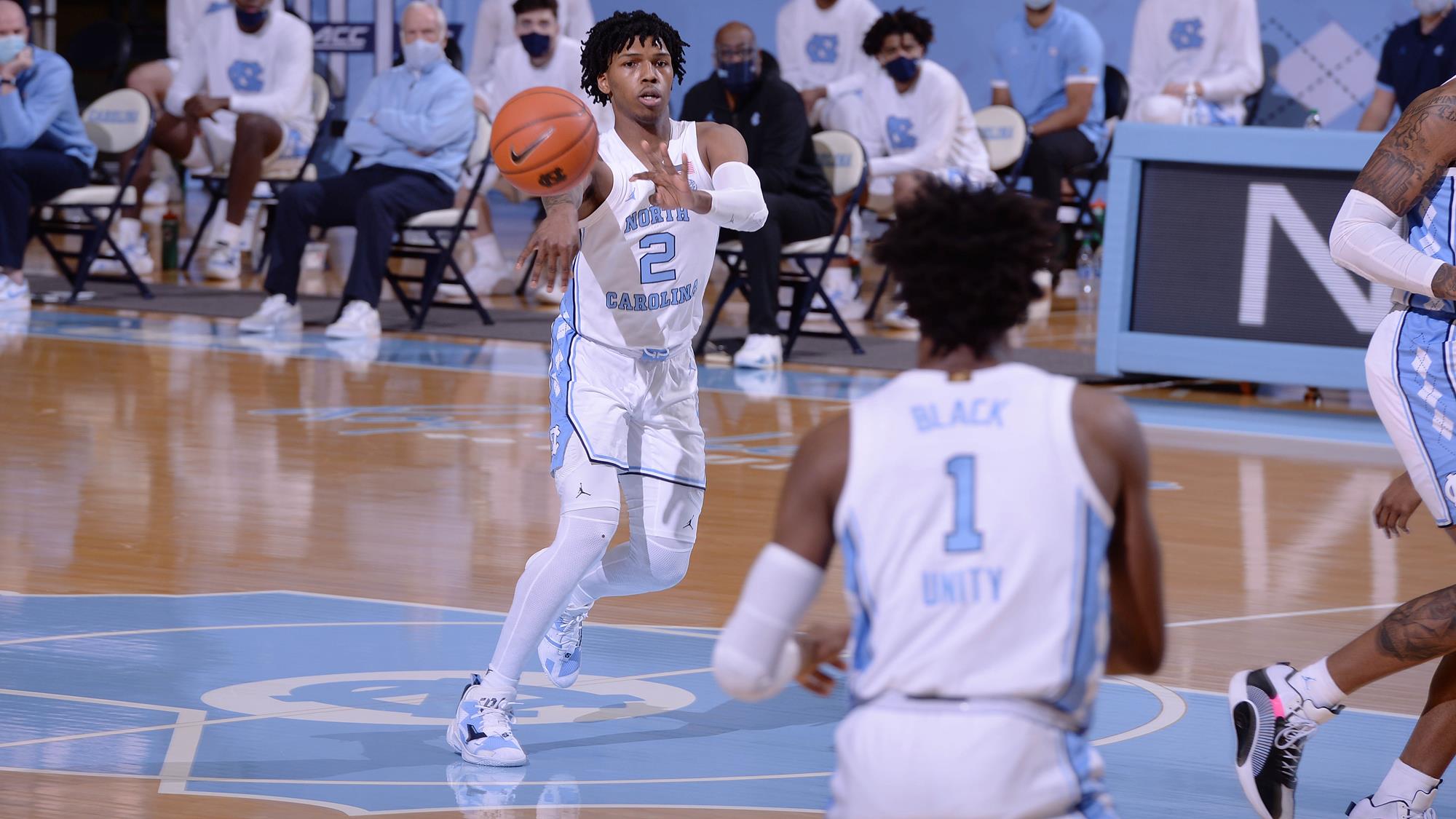 CHAPEL HILL, N.C. — After suffering one of the worst postseason losses in school history, rumors began to swirl around the North Carolina men’s basketball program regarding an inevitable mass exodus from Chapel Hill via the transfer portal.

The rumors transformed into actual panic amongst the UNC fan base when freshman duo Walker Kessler and Day’Ron Sharpe both announced that they would not be returning for their sophomore seasons at Carolina. Talented freshman guard Caleb Love was amongst the names that were being tossed around as potentially leaving the historic program; but on March 27th, Love gave Tar Heel nation some peace of mind by announcing that he was returning for his sophomore season at North Carolina.

Love is a 6-foot-4 combo guard that hails from Saint Louis, Missouri, and is considered the third highest rated point guard signee during the Roy Williams era at UNC (behind Ty Lawson, Cole Anthony). The talented guard was named to the All-ACC Freshman team after averaging 10.5 points per game and 3.6 assists, while playing 28 minutes a contest.

Love showed his potential as an elite scorer several different times this year, including a combined 43 points on 15-28 shooting against Duke during his freshman season. Despite the flashes of Love’s scoring prowess, he also led the team with 89 turnovers and took at least 90 more shots than anybody else on the roster last season.

The growing pains of learning to play point guard under legendary head Roy Williams is difficult; and Love entered college in the middle of the Covid-19 pandemic, which led to him not being able to participate in the McDonald’s All-American game, the Summer pick-up games in Chapel Hill, or play in front of a sold-out Dean Dome against an ACC rival.

A year of experience under Love’s belt, and the fact that he did not waiver under the pressure of the 2020-2021 Covid-19 season are tell-tale signs that he will outgrow the issues that were prevalent in his first year playing college ball. The last and arguably the most important factor to account for, is the new offensive scheme that first year head coach Hubert Davis is going to implement at UNC.

Even though the fundamentals of Carolina basketball will remain intact; Davis is going to utilize more spacing and three-point shooting into UNC’s offense, which will benefit the athletic guard by enhancing his ability to be a facilitator. Many times during his freshman season, Love did not have the spacing to efficiently attack the rim as efficiently as he could have; combined with the fact that other than Kerwin Walton the Tar Heels did not shoot the ball well from deep.

With the new offensive system in place, Love will be able to dish the rock to a plethora of shooting threats in Walton, RJ Davis, Brady Manek and Justin McKoy. Love finished his freshman season shooting a mere 26.6% from behind the arc, but the spacing and ball movement in Hubert Davis’ new offensive game plan is guaranteed to get the guard better looks from deep.

I predict that during his sophomore season, Caleb Love will drastically improve his three-point shooting percentage; the same way Raymond Felton, Kendall Marshall, and Marcus Paige all improved theirs in their second year at Chapel Hill.