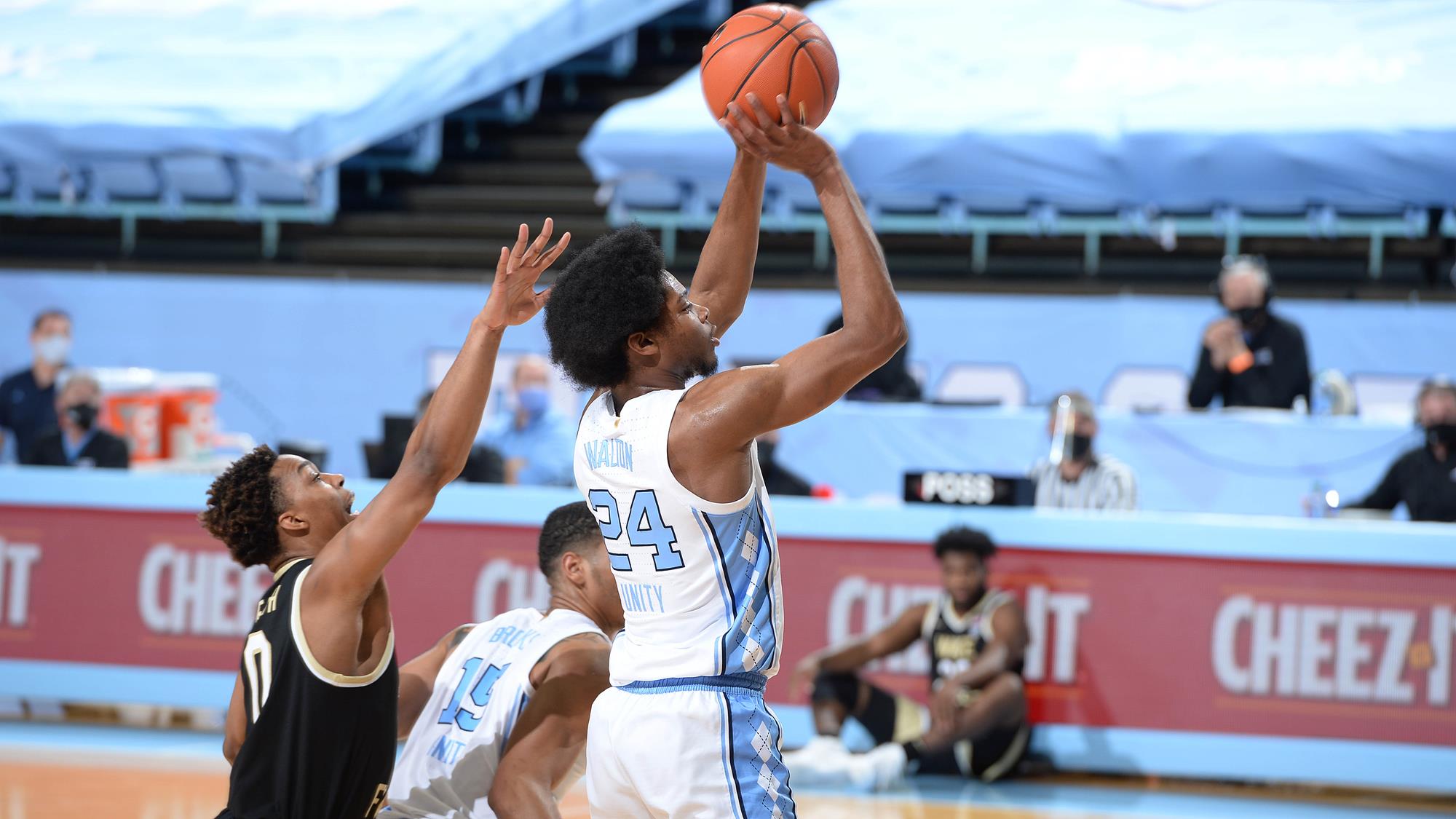 CHAPEL HILL, N.C. — One of the main issues that the North Carolina men’s basketball team suffered from last year was their inability to knock down shots from long range. The Tar Heels finished the 2020-2021 season with a subpar 31.8% shooting percentage from behind the arc en route to a 18-11 overall record, and a first-round exit from the NCAA Tournament.

Freshman guards Caleb Love and RJ Davis showed flashes of being able to knock down shots from the perimeter, but the most consistent threat from deep for UNC last season was 6-foot-5 freshman guard from Hopkins, Minnesota, Kerwin Walton.

Coming into his freshman season, Walton was considered the lowest rated recruit (133rd overall according to 24/7 Sports) in a six-man class that ranked second in college basketball last season. For the first eight games of his freshman season, Walton never saw more than 15 minutes of action per game; until he was inserted into the starting lineup against Georgia Tech in the ninth game of the season.

After Walton cracked the starting lineup, he became a regular starter for the Tar Heels; and logged at least 21 minutes per contest for the rest of the season. During his freshman season, Walton averaged 8.2 points, 1.8 assists, and 1.7 assists per game while shooting 44.4% from the field. Walton also led the Tar Heels in three-point field goal percentage after knocking down 42% of his shots from long range, which ultimately made him Carolina’s most respected and consistent perimeter shooter throughout the 2020-2021 college basketball season.

Another intriguing aspect of Walton’s game was his extremely high basketball IQ and decision-making skills during his first season playing college basketball. The guard was effective at utilizing a pump fake and one to two dribbles to create enough space to consistently knock down shots from the perimeter. The mental aspect of Walton’s game is the reason that he finished the season making 52.2% of his two-point shot attempts, while also committing just 1.2 turnovers a game, which was first among players that played 19 minutes per contest last season.

As Walton’s play progressed throughout his freshman year, teams began to gameplan their perimeter defense around shutting the sharpshooter down. First year head coach Hubert Davis plans to address this issue by implementing a new look Carolina offense that focuses on more spacing and three-point shooting this season.

Carolina’s new offensive philosophy will be most effective If sharp-shooting transfers Brady Manek, Justin McKoy and Dawson Garcia can become consistent shooting threats for North Carolina. If this happens then opposing defenses would be forced to account for UNC’s plethora of shooters, instead of focusing one man.

In theory this will free Walton up to and give the guard more open looks from long range. Looking forward to the 2021-2022 college basketball season, I believe that Kerwin Walton is set to have a breakout sophomore campaign and become one of the nation’s most prolific three-point specialists. My final prediction is that Kerwin Walton will lead the ACC in three-point field goal percentage and also be named to the first team All-ACC basketball team in his second year as a Tar Heel.