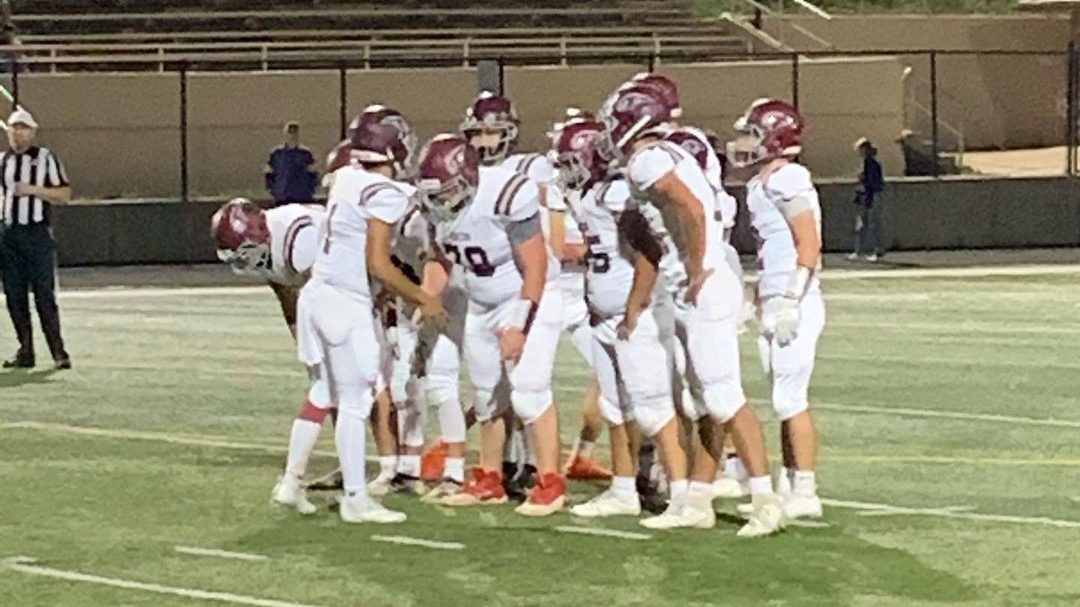 THORNTON, Colo. — Big changes and new beginnings surrounded Thronton, Colorado’s Horizon Hawks varsity football team. This previous summer, the Hawks made a huge move by moving away from their head coach of over 12 years, Frank Ybarra, and bringing new blood into the program.

Over the offseason, the Hawks hired coach Robb Wetta to fill the vacant head coaching position. One look at Wetta’s resume will tell you why Horizon thinks he can fill the head coaching position for the years to come. Wetta was an all-state quarterback in high school at Mitchell High School in Colorado Springs, which led to him serving as the two-year starting quarterback at Idaho State University as a freshman and sophomore. Freshman year at Idaho State, Wetta would receive freshman player of the year in the Big Sky Conference and an honorable mention for the All-Big Sky team.

Wetta would transfer to Fresno State for his junior and senior years of college, where he had the opportunity to play with some football legends. Wetta played under Jeff Tedford as his coach and played alongside the likes of Lane Kiffin (current head coach of Ole Miss) and Billy Volek (who played quarterback in the NFL for multiple teams).

With a rich resume as such, it is easy to see why the Horizon Hawks loved him as their next head coach.

In terms of the previous head coach, Frank Ybarra, the Hawks moved on from him because of a lack of performance in his last couple of years as the varsity head coach. Ybarra hadn’t posted a winning record since the 2017 football season, where he went 6-4 but missed the playoffs; the Hawks have not made the playoffs since 2016 (four years) and have not won a playoff game since 2015 (five years).  In total, Ybarra posted a total of only five winning seasons in over 12 years. Therefore, after a 2020 season where Ybarra and the team went 1-6, it was clear that the Horizon football team was ready for a head coaching change.

Wetta is off to a good start as the new head coach as well. Wetta and the Hawks have posted a 2-2 record through the first four weeks. They won in weeks two and four against Rangeview (43-22) and Boulder (39-16) and lost in weeks one and three against Rock Canyon (35-21) and Arvada West (42-0).

Beyond the excellent coaching from Coach Wetta, this good start to the season can also be categorized by a couple of key playmakers for the Hawks: freshman quarterback Alex Birch, senior running back Jurrien Brooks and senior wide receiver Blake Kramer.

Of those three, Birch is the biggest shock of them all. It is rare for a freshman at either the high school or college level to make an immediate impact. They are, generally, young and inexperienced within their respective systems. That isn’t stopping Birch, though. Although he is fresh out of middle school, Birch is tearing up defenses consisting of players that are nearly four years older than he is.

Birch isn’t doing all of this on his own. Not only does he have the support of his first-year head coach behind him, but he also has a great supporting cast of skill-position players behind him to make gaining yards as easy as possible.

Birch’s No. 1 receiver has emerged as senior Blake Kramer has racked up 23 receptions, 348 yards, and six total receiving touchdowns. Kramer owns six out of the seven total touchdown passes dealt out by  Birch and is emerging as a highly consistent target for the freshman. Kramer is averaging nearly 90 yards per game as well as averaging 15 yards per reception. This means that not only is Kramer consistent at catching the ball, but he also has the big-play ability to burn opposing defenses downfield.

It will be crucial for Coach Wetta and his freshman QB to rely on their senior stat sheet stuffer. It is imperative for a young QB such as Birch to find a No. 1 target such as Kramer early in the season. This makes the transition for a young QB much easier. Kramer will also have the ability to serve as a safety blanket for Birch if he starts to struggle in the later parts of the season; if Birch stays on his current track, though, that certainly will not be a problem.

Birch and his electric passing game have also been supported by a highly consistent run game by their senior running back Jurrien Brooks. In three games, Brooks has posted 326 rushing yards on 66 carries, five touchdowns and is averaging 4.9 yards per carry and 108 rushing yards per game. This is an incredibly consistent rushing game that can serve multiple purposes. Firstly, it will take the pressure off of  Birch, not forcing him to feel as though he has to make every play himself. Secondly, it will also tremendously open up the play-action passing game and keep the defense on their heels, not knowing how they will move the ball.

The future for the Horizon Hawks varsity football team is incredibly bright. Coach Wetta seems to be getting off on the right foot with his new team, which happens to be stacked with some elite talent. However, beyond Coach Wetta, all eyes will slowly start to move onto freshman phenom Birch. As more people begin to realize the monster season he is having, more and more attention will be shifted his way. It will be incredibly exciting to see the season that Coach Wetta and freshman QB Alex Birch will put together for the 2021 season.