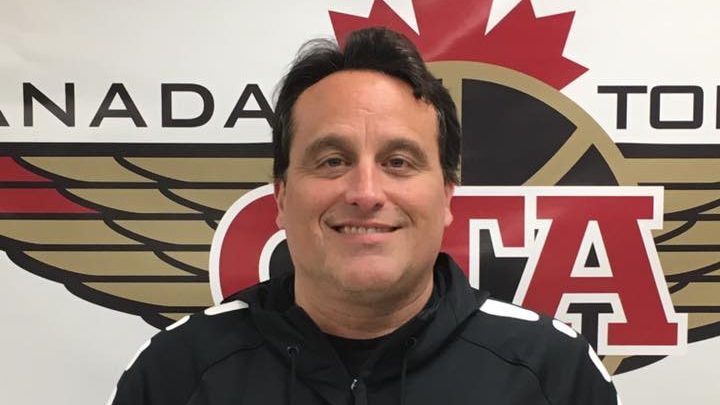 OTTAWA, Ontario — Canada Topflight Academy (CTA) has been a brand synonymous with excellence in Canadian prep basketball for over five years now helping to promote some of the nation’s top talent, specifically in the Ottawa area. In fact, when Tony House founded Canada Topflight Academy in 2016, his primary goal was to give local Ottawa kids an option to play basketball at an elite level.

It’s safe to say that he’s hit his target.

Coach House was inspired by the idea after seeing countless top young players flee the city to find better options in the United States, or even Toronto. He was also incredibly motivated to develop basketball in the area thanks to all the support from previous coaches, as well as his father, who coached the University of Ottawa in the 1960’s.

House himself was a two-time Ottawa All-Star, multiple time MVP, and Ontario High School All-Star, winning championships in both his junior and senior years with St. Pius X High School. Following his storied high school career, he was highly recruited by some of the nation’s top programs, as well as a few notable NCAA schools. Ultimately, House opted to play for the nationally ranked University of Manitoba Bisons, where he would go on to achieve immense success for the program. During his playing days, Tony House also attended two Canadian National Team tryouts as well as an Olympic Team camp before moving onto coaching.

Before discovering the illustrious Canada Topflight Academy, Tony House had been coaching for more than 30 years, including successful runs with Nepean High School and Sacred Heart High School. In fact, in 2010-11, House’s Sacred Heart Huskies took home the AAAA City Championship and finished as the fourth best team in the entire province. He’s also coached the U19 Ottawa Guardsmen and has been one of the most prominent figures for the Ottawa Elite program since its inception. Outside of this, he has also played an instrumental role in developing high school basketball in the Ottawa area for both the local boys and girls teams.

But his most astounding accomplishment has been what he’s done with Topflight Academy.

In less than a half-decade, CTA has grown exponentially and now includes two senior men’s team, a junior men’s team, and a senior women’s team. Plus, in CTA’s last season of play (2019-20), the team went undefeated, ranked No. 1 in the country for most of the season and House even finished with Coach of the Year honours. Not only was Topflight Ottawa’s first basketball prep program, but it was also only one of a handful that launched as part of the National Preparatory Association in 2016 in which CTA’s top-level men’s team has won two out of three national championships.

Despite the immense success that the team’s had on the court since 2016, being the head coach of CTA is no easy task, something that Coach Tony House is more than aware of;

“Getting a total buy-in as a team, a coach must constantly work to earn and gain trust and confidence from the coaching staff, players, and parent group,” House said. “You need to invest a significant amount of time cultivating relationships. This can only be accomplished by showing you genuinely care about their development, not only as an athlete but as a person. Invest in all of your players, and they will invest back and play hard for you.”

Now, CTA enters the 2021-22 season with high hopes, after recruiting loads of talent from across the nation, and entering the upcoming season as one of the country’s top academies.

The sky is truly the limit for Coach Tony House and his powerhouse program, Canada Topflight Academy.