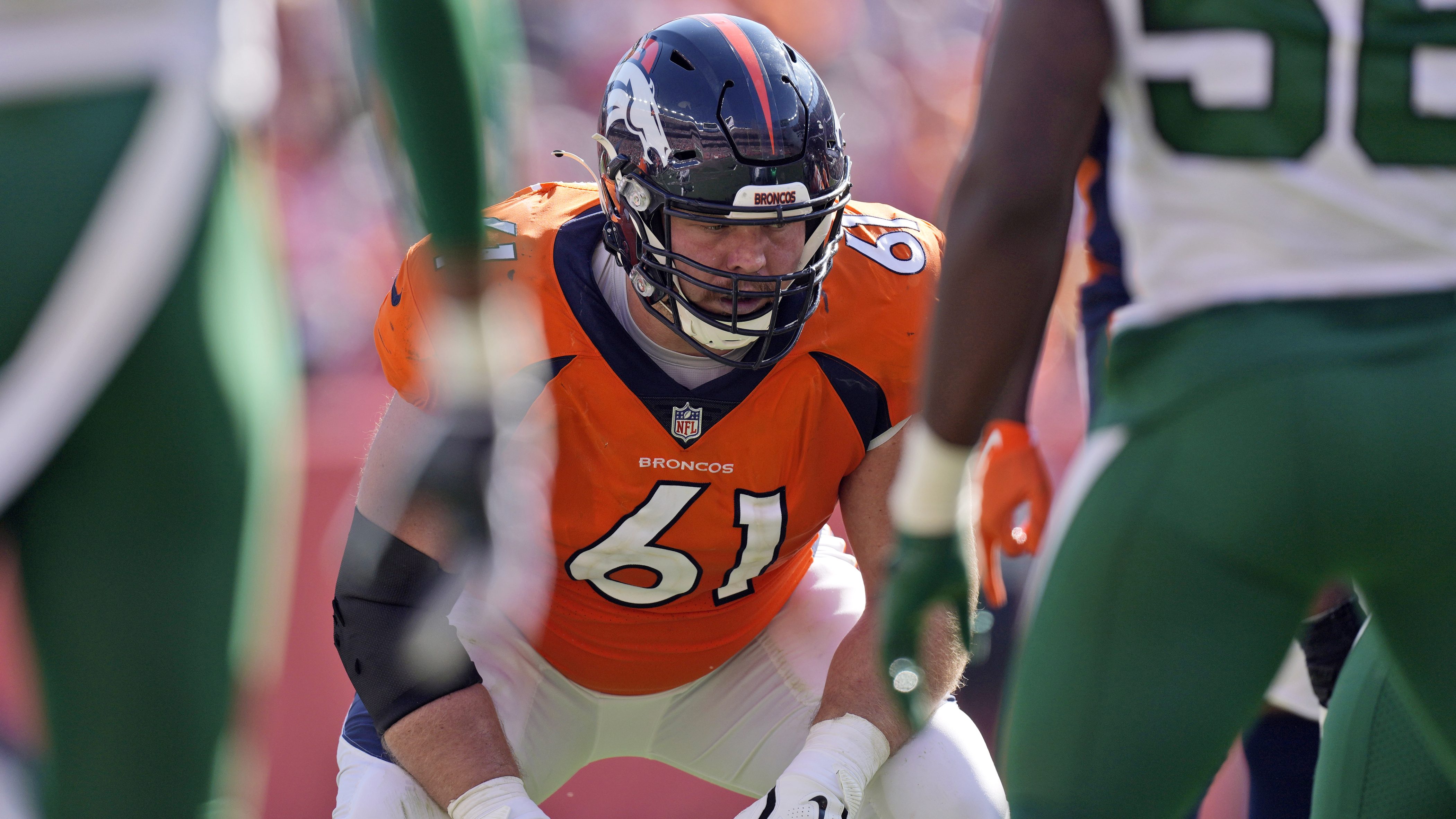 In this Sunday, Sept. 26, 2021, file photo, Denver Broncos offensive guard Graham Glasgow (61) lines up against the New York Jets during the first half of an NFL football game in Denver. Glasgow says the next time his heart starts racing in a game he’ll head straight to the sideline. He stuck it out in the season opener and only learned afterward that he was risking a stroke by playing through an atrial fibrillation episode. (AP Photo/David Zalubowski, File)

DENVER (AP) — Olympic sports organizations will look into co-hosting championship events with the NCAA as a way of preventing the U.S. gold-medal pipeline from withering under financial pressure.

The hosting partnerships were one of seven recommendations the U.S. Olympic and Paralympic Committee released Wednesday after several months of meetings between Olympic officials and college athletic directors across the country.

More than 75% of the 613 U.S. athletes who went to the Tokyo Olympics earlier this year were products of an NCAA program. According to one recent estimate, U.S. universities combine to spend $5 billion a year on Olympic sports programs.

Both colleges and the U.S. Olympic team have endured financial strains in the wake of the COVID-19 pandemic, and each are looking to one another for help in sustaining their programs in sports such as gymnastics, swimming, wrestling and volleyball.

“Now is the time to think creatively to preserve our broad-based collegiate sports infrastructure,” said Florida athletic director Scott Stricklin, who was a co-chair of the USOPC think tank.

The most intriguing of its recommendations was to look at national governing bodies and the NCAA partnering to host championships.

Among the group’s other recommendations:

— Delay the recruiting process for swimming and diving from starting until a prospect’s senior year of high school to “ease the time burden on athletes and coaches, and increase operational efficiencies.”

— Give more flexible options for men’s gymnastics recruiting, which would allow the remaining varsity programs to partner with youth programs and to share facilities. As of last spring, only 11 Division I men’s gymnastics programs remained, not including the three service academies.

— Consider multidivisional membership and “nimble” conference affiliations for some Olympic sports to ease scheduling issues and to strengthen regional partnerships.