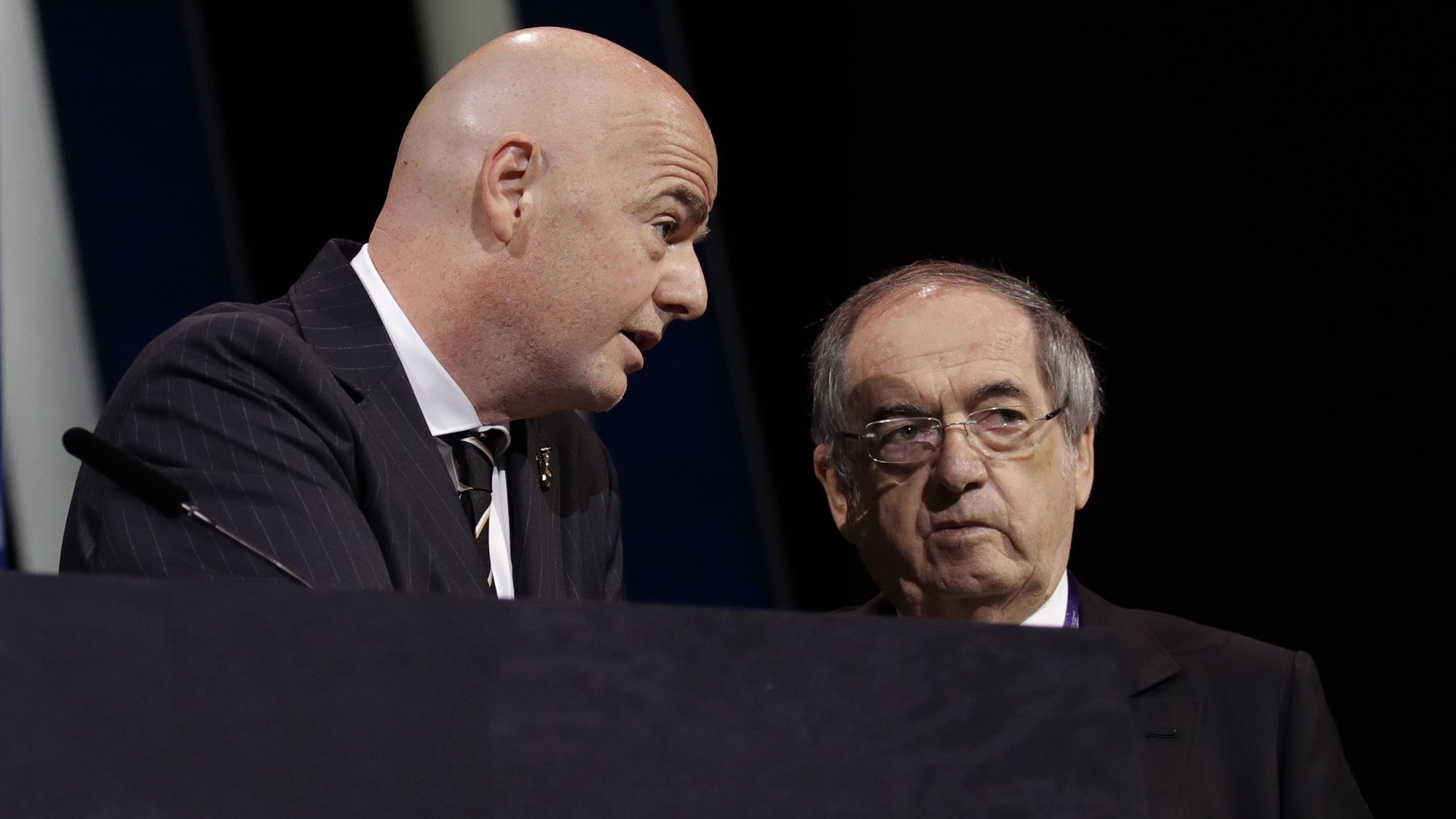 In this Wednesday, June 5, 2019 file photo, FIFA President Gianni Infantino, left, speaks with French Football Federation President Noel Le Graet before the start of the 69th FIFA congress in Paris. The president of soccer for men’s World Cup champion France is not opposed to FIFA’s push against European opposition to play the tournament every two years. Noël Le Graët’s comments to French sports daily L’Equipe is a significant crack in the unity of 55-nation European soccer body UEFA against the FIFA plan. (AP Photo/Alessandra Tarantino, File)

PARIS (AP) — The French football league’s board adopted a motion Wednesday to oppose plans to play the men’s World Cup every two years, arguing that the tournament is a world heritage that should not be “trivialized” and that such a move would disrupt calendars.

The league’s decision came just weeks after the president of the soccer federation of men’s world champion France said he is not opposed to FIFA’s push for a biennial World Cup, despite widespread European resistance to the plan.

“Without prior consultation, FIFA wants to take a decision that is in its sole interest and whose impact is irreparably negative for domestic leagues and clubs as employers of players,” the French league said. “This project would also foresee the lengthening of international periods, which would greatly disrupt the domestic leagues and cause the fans to lose interest.”

FIFA president Gianni Infantino has pushed for a biennial World Cup to give more playing and hosting opportunities to countries that rarely or never qualify. He already oversaw expanding from 32 teams to a 48-nation tournament for the 2026 edition across North America.

Infantino also cites speeding up the development of talent worldwide to close the gap on the soccer powers of Europe and South America who have dominated the World Cup from its launch in 1930. UEFA and South American soccer body CONMEBOL have threatened to boycott a biennial World Cup.

“The development of soccer does not only depend on the World Cup but also and above all on the domestic championships. In this respect, it would be preferable for FIFA to promote the development of professional leagues where there are none, as well as local championships,” the French league said.