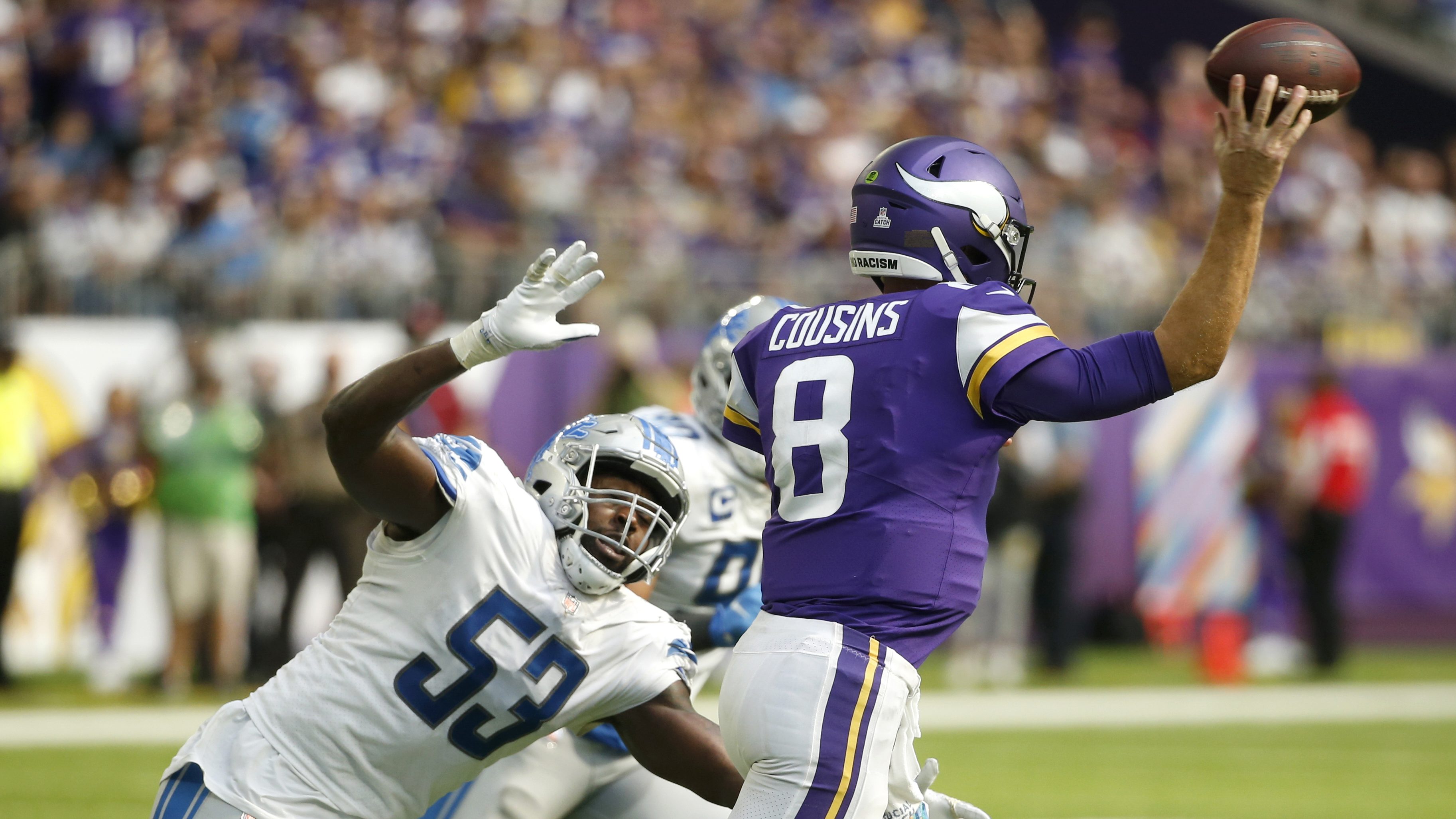 EAGAN, Minn. (AP) — The bye week is usually when coaches around the NFL dive deep into strategic evaluation and reassessment they can put to good use over the remainder of the season.

Minnesota coach Mike Zimmer gave his offensive staff an early homework assignment. The Vikings have been frequently stalled after halftime, a troubling pattern they’re trying to prevent from becoming a trend.

“I gave the coaches a lot of projects to do this week,” said Zimmer, who requested a dissection of each possession in the second half this season to identify potential problems and telling tendencies on particular down-and-distance situations or other recurring circumstances.

The Vikings (2-3) play at Carolina this week, before their break.

“I just felt like it was important to figure out what’s going on here,” Zimmer said.

The Vikings have only 42 points after halftime, including overtime, in five games. That’s tied for the fourth-fewest in the league. Over the last four weeks, the offense has failed to score a touchdown in the second half. The Vikings managed to gain a split during that stretch, but they’re going to have to be more productive with the ball in the later stages of games to catch up in the NFC.

“I think it’s a combination of things, but certainly there has been good production early in games and so there’s no reason to think you couldn’t be that productive to start the second or in the second half,” quarterback Kirk Cousins said. “We’ve got to find a way to make that happen.”

During the 19-17 victory over Detroit last week, the defense used an interception and three straight punts to give the ball back to the offense, but that stout series of efforts yielded only a 55-yard field goal by Greg Joseph.

The primary score-limiting culprits were: two first-down sacks of Cousins; an illegal block penalty on tight end Chris Herndon that wiped out a chains-moving run by Alexander Mattison on third down; an interception after a pass by Cousins bounced off K.J. Osborn when the wide receiver wasn’t looking for the ball; and a persistence of running plays called by offensive coordinator Klint Kubiak on second-and-long. Zimmer said he only thought Kubiak was too conservative on one drive.

In the end, though, with 37 seconds and two timeouts left, all Cousins needed was three completions for 46 yards — two to Adam Thielen — to set up Joseph’s 54-yard winner. Cousins directed a similar drive in the opener at Cincinnati for the tying field goal that sent the game to overtime and again the following week at Arizona when Joseph missed a 37-yard try on the final play. In all three of those games, the hurry-up offense was plenty productive enough to win.

“Just give him a clean pocket, and he’s going to get us down there,” running back Dalvin Cook said.

The offensive line did just that when it counted last week.

“No one hesitated, Coach Kubiak got us in the right play calls, and Adam made two phenomenal catches in those last three plays, and obviously Greg had the unbelievable kick,” enter Garrett Bradbury said. ”You don’t want to put yourself in that position. There’s things that we can do differently to change that, but with the hands that were dealt, I think that’s the positive.”