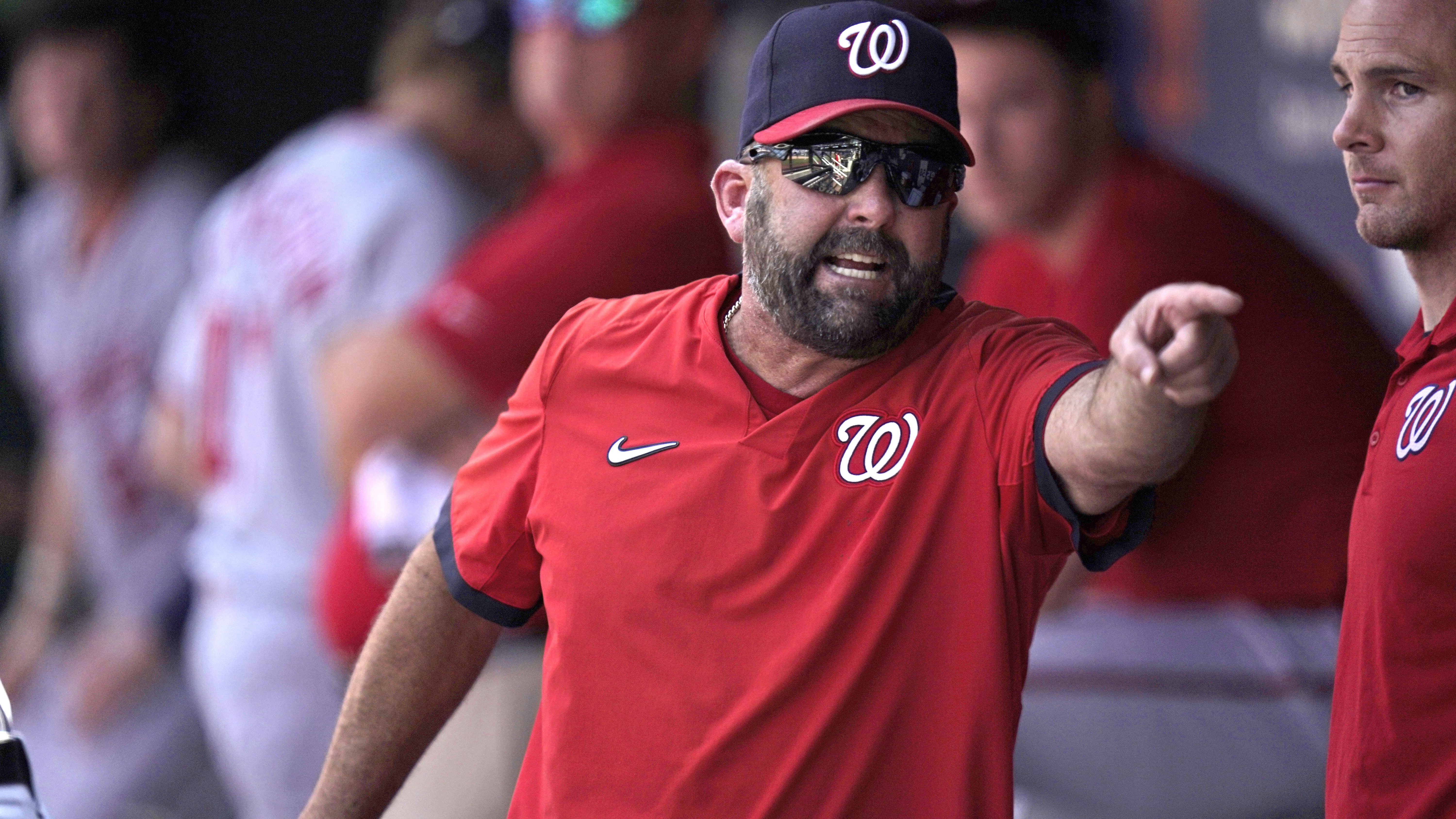 Washington Nationals hitting coach Kevin Long is ejected as he argues with an umpire during the fifth inning of a baseball game against the New York Mets at Citi Field in New York, in this Thursday, Aug. 12, 2021, file photo. The Philadelphia Phillies hired Kevin Long as their hitting coach on Wednesday, Oct. 13, 2021, reuniting him with both manager Joe Girardi and star slugger Bryce Harper. (AP Photo/Seth Wenig, File)

PHILADELPHIA (AP) — The Philadelphia Phillies hired Kevin Long as their hitting coach on Wednesday, reuniting him with both manager Joe Girardi and star slugger Bryce Harper.

Long spent the past four seasons as the hitting coach for the Washington Nationals, where he worked with Harper, and was part of the staff in 2019 when they won the World Series.

“I have had a long-standing relationship with Kevin and have seen his work up close and in person for years,” Girardi said. “I truly believe he is the best in the business and will have a huge impact on our offense.”

Girardi and Long weren’t quite so cordial during a game at Citizens Bank Park in late June. After then-Nationals star Max Scherzer was checked by umpires for sticky substances, Girardi and Long got into a shouting match.

The Phillies fired hitting coach Joe Dillon on the final day of the regular season. Philadelphia finished second in the NL East at 82-80 and ranked seventh in the NL in runs and ninth in batting average.