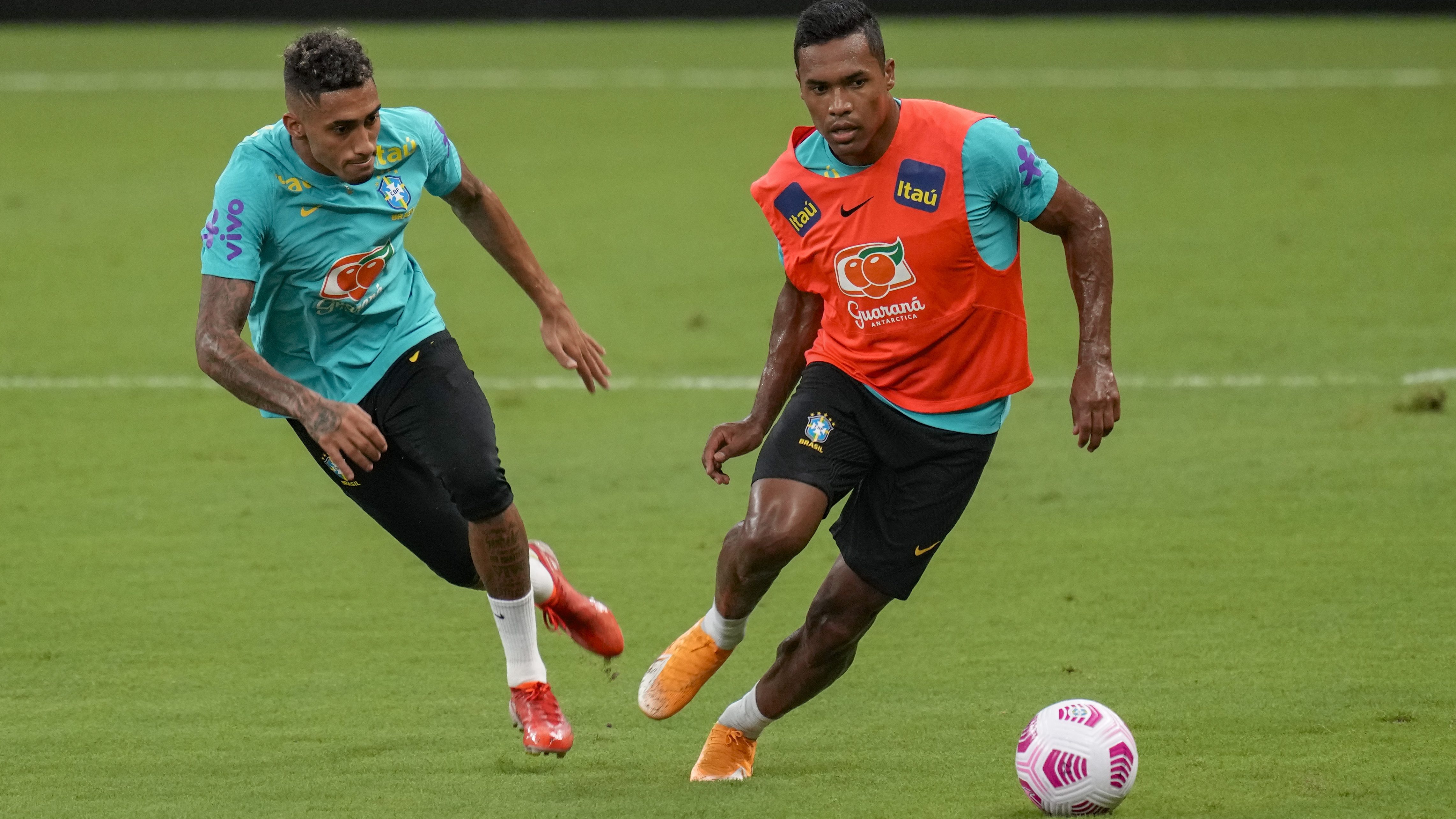 SAO PAULO (AP) — A month ago, Raphinha feared Brazil’s national team might never again call on him to play in a World Cup qualifier — he and other England-based players were stopped from playing due to COVID-19 quarantine restrictions in Britain.

But Brazil coach Tite was confident of the 24-year-old Leeds winger’s potential and decided to give him another chance.

Raphinha won Brazilian fans quickly after two impressive performances coming off the bench in the latest two rounds of qualifiers. He first saved the team from embarrassment in the 3-1 victory at Venezuela and later stepped up again in a 0-0 draw at Colombia.

Now the winger who was not among coach Tite’s first options is likely to be a starter in Thursday’s match against Uruguay in Manaus, playing next to Neymar and Gabriel Jesus. Raphinha is expected to give Brazil another powerful weapon; he plays on the left, but finishes with his right foot.

Against Venezuela, Brazil struggled in creating chances until halftime. Midfielder Everton Ribeiro left for Raphinha and the impact was immediate — Raphinha took the corner kick that allowed Marquinhos to level, started the play that ended in Gabriel Barbosa being fouled in the box and then he provided the low cross that allowed Antony to score near the final whistle.

Raphinha was also key to Brazil maintaining possession in the very physical match against Colombia. His performance came in handy since Neymar was sub-par, and many fans used social media to say the newcomer deserved to take Neymar’s place.

Tite praised Raphinha at a media conference on Wednesday, but also tried to lower expectations of the player. He had also called on the winger during April’s international window, but Raphinha did not travel due to injury.

“He can play wide, he is fast, he can cross, he can finish from middle range,” said Tite. “But let’s take it easy, too much expectation is not good. This is a moment for the team, to structure. I will keep opening chances.”

Raphinha chose to play for Brazil instead of Italy. His father is Italian and he has an Italian passport like many players who have done well with the Azzurri, such as midfielder Jorginho and defender Emerson. The winger was being monitored by Italy until recently when Tite called him to play for the Seleção.

He was stopped from coming to South America in the previous international window, like eight other Brazilian players, because English Premier League clubs did not want their stars to quarantine for 10 days at a hotel after they returned to Britain, as required then by the country’s government.

“I was upset because playing for Brazil is a boyhood dream. Who does not think of that?” Raphinha said in September. “I understood the club’s position and remained focused. I will keep doing my best for Leeds and, who knows?”

Brazil leads the South American World Cup qualifying tournament with 28 points after 10 matches and has nearly secured a place at Qatar.

Payet snatches equalizer for Marseille in 1-1 draw with Nice
Bayern handed its heaviest ever Cup loss, 5-0 at Gladbach
Man City’s League Cup reign over after penalty-shootout los...
5 subs in soccer matches to be allowed on a permanent basis
Barcelona struggles in 1-0 loss to Rayo in Spanish league
Sassuolo wins 2-1 at Juventus on Lopez goal in stoppage time
Enoch Showunmi is directing Naples United FC to soccer fame
Aimee Medwin’s journey from Tasmania to Long Beach State Univer...
Underdogs head to the state tournament
Arango leads surging LAFC past slumping Sounders 3-0
Cavallo comes out in a big statement before A-League season
Carli Lloyd plays final match for US in rout of South Korea