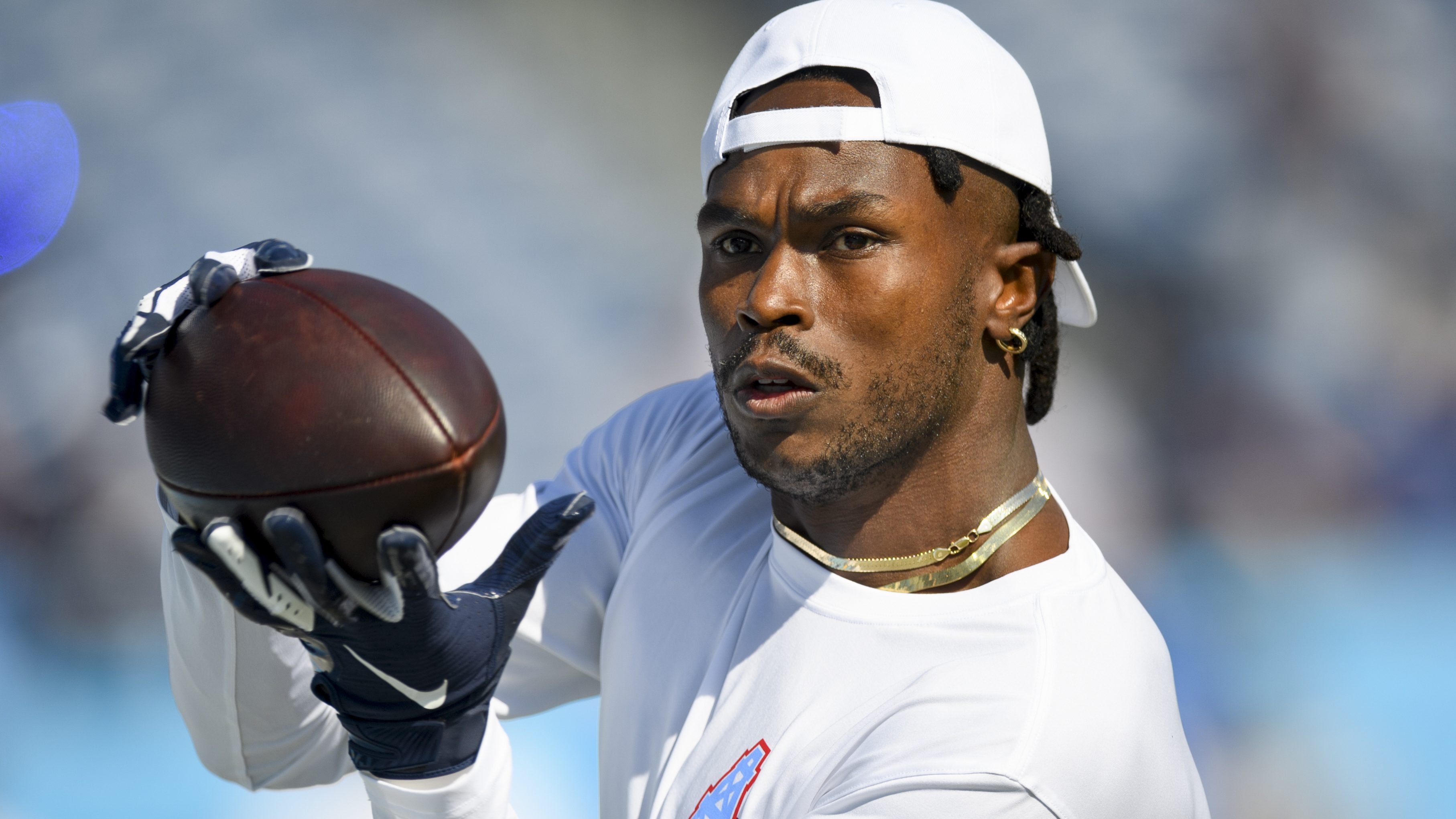 In this Sunday, Sept. 26, 2021, file photo, Tennessee Titans wide receiver Julio Jones (2) warms up before an NFL football game against the Indianapolis Colts in Nashville, Tenn. Jones returned to practice Wednesday, Oct. 13, 2021, after missing the past two games with an injured hamstring. (AP Photo/John Amis, File)

Both Jones and A.J. Brown practiced during the portion open to reporters, and Jones ran well during the individual drills. Brown returned last week in a 37-19 win over the Jaguars from his own injured hamstring, which he hurt early in a 25-16 win over Indianapolis on Sept. 26.

Jones wasn’t on the field late in that win over the Colts. Coach Mike Vrabel said the next day that Jones was tight, then Jones appeared on the injury report with a hamstring. Jones sat out practice the past two weeks.

Asked before practice if Jones would return, Vrabel said only that reporters would be able to report on what happened during individual drills.

“I don’t know how much the entire team will do,” Vrabel said. “We are focusing on individual work today. We get an extra day so working on recovery.”

The seven-time Pro Bowl receiver played only nine games last season with Atlanta because of a nagging hamstring injury.

Despite missing two games, Jones still leads the Titans with 204 yards receiving. His 12 receptions are fourth on the team and second among receivers, trailing Chester Rogers (13).

The Titans (3-2) don’t have to provide an injury report until Thursday because they host the Buffalo Bills (4-1) on Monday night.

A team with 16 players on injured reserve and 23 on last week’s injury report showed some other signs of players healing up.

Outside linebacker Bud Dupree practiced Wednesday after missing the past three games, and starting safety Amani Hooker practiced in the first step toward returning from injured reserve. He left the season opener with an injured foot.

Running back Darrynton Evans and safety Brady Breeze also practiced as they work to return from injured reserve.