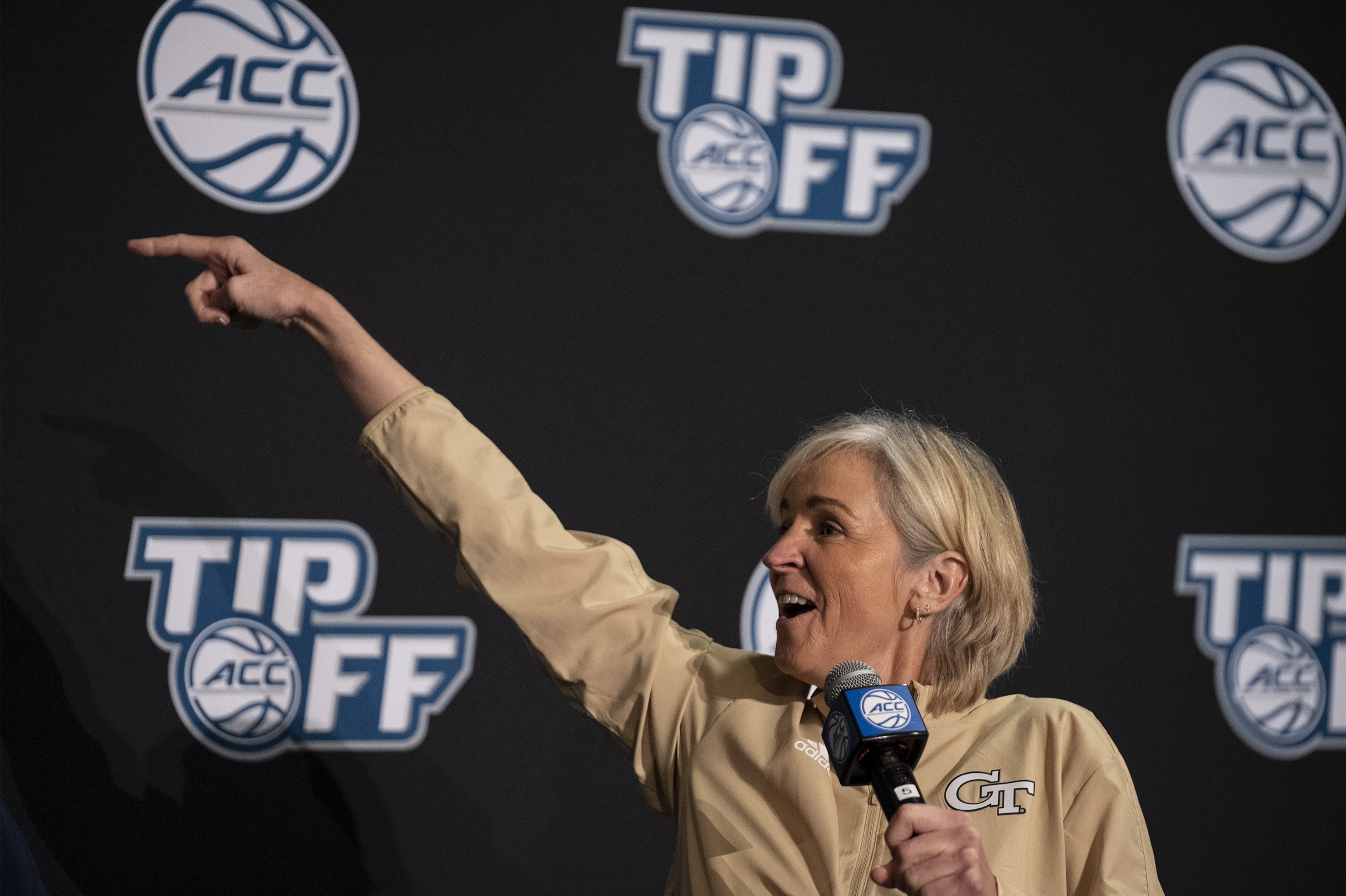 CHARLOTTE, N.C. (AP) — Georgia Tech coach Nell Fortner has reason for confidence after bringing back nearly the entire roster from the program’s first NCAA Sweet 16 team in nearly a decade.

She’s not alone in the Atlantic Coast Conference, either.

“Yeah, we have a lot of experience coming back,” Fortner said Wednesday during the league’s preseason media day. “But so does everybody else.”

That’s true of the top contenders, in particular. Reigning two-time tournament champion North Carolina State returns its top eight scorers. Louisville, which has won at least a share of the regular-season title for four straight seasons, has multiple starters back while bringing in two proven transfers from other power-conference schools to offset the loss of two-time league player of the year Dana Evans.

NCAA teams like Virginia Tech and Florida State are much like Fortner’s Yellow Jackets in returning nearly their entire rosters, while the Seminoles get an additional boost with the return of longtime coach Sue Semrau after she took a leave of absence last season to care for her ailing mother.

That sets up a league race headlined by teams counting on older players with plenty of game experience.

“Talent matters, too,” Louisville coach Jeff Walz said. “If you’re experienced and bad, you’re still bad. … But what we have in this league right now is we have experienced good players. Now that’s where it’s going to have a bigger impact.”

The league didn’t have a Final Four team last season, but did have a national-best eight bids for the third consecutive tournament with three teams advancing past the opening weekend.

The Cardinals made the deepest run to a regional final before falling to eventual national champion Stanford. The Wolfpack earned the program’s first No. 1 seed before falling in the Sweet 16. The Yellow Jackets also made it there for the first time since 2012.

Now it’s time to build off that experience.

Virginia Tech coach Kenny Brooks has already seen at least one benefit. After reaching their first NCAA Tournament since 2006, the Hokies are having shorter and more efficient practices because the team is doing more fine-tuning than learning from scratch compared to this time last year.

“We don’t have freshmen on our roster so I don’t have to come off of a curl screen, I don’t have to teach them to how to get over a ballscreen,” Brooks said. “They know how to do that, so we can more advanced in what we’re doing. We’re going to be more complex probably on both ends of the court.

“It’s been a lot of fun just because they’re so receptive but they’re a very, very smart basketball team.”

Cardinals redshirt senior guard Kianna Smith, Louisville’s top returning scorer, is excited by the prospect for an elevated level of play in the league creating exciting league games. Teammate Hailey Van Lith pointed out that it will create an additional challenge, too.

“All the coaches are very good at their job, they have great scouts,” Van Lith said. “I know as a player it can be frustrating to play in the ACC because they know every move you want to make. It just makes us better, especially as a team and preparing us as a (national) top-5 program, which I believe we are.”

N.C. State is in similar position. Second-team Associated Press All-American Elissa Cunane is the headliner among all the Wolfpack’s returnees, backed by the addition sophomore transfers Diamond Johnson (who averaged 17.6 points at Rutgers) and Madison Hayes (Mississippi State).

Wes Moore’s Wolfpack will face higher pressure and expectations than any point in in the program’s recent history. And the team is driven by memories of a season-ending upset loss to Indiana with starting forward Kayla Jones sidelined by a knee injury.

Moore said the team was so bothered by it that they specifically opted not to commemorate the team’s three consecutive Sweet 16 appearances on their ACC championship rings. And the sting is part of the reason Jones joined teammates Kai Crutchfield and Raina Perez in returning for the extra year of eligibility granted by the NCAA due to the COVID-19 pandemic.

“I really feel like we have unfinished business, you know?” Jones said. “Our goal is, yes, we want to win another ACC Tournament, but it’s bigger. It has to be bigger. I’m tired of going to just the Sweet 16.”

Walz said he believes the league has roughly a half-dozen teams that could end up earning top-4 regional seeds by March. Getting there through a rugged league season will likely have those teams tested and ready.

“That’s what we want,” Georgia Tech senior guard Lotta-Maj Lahtinen said. “We enjoy competition and we want to play the best.”