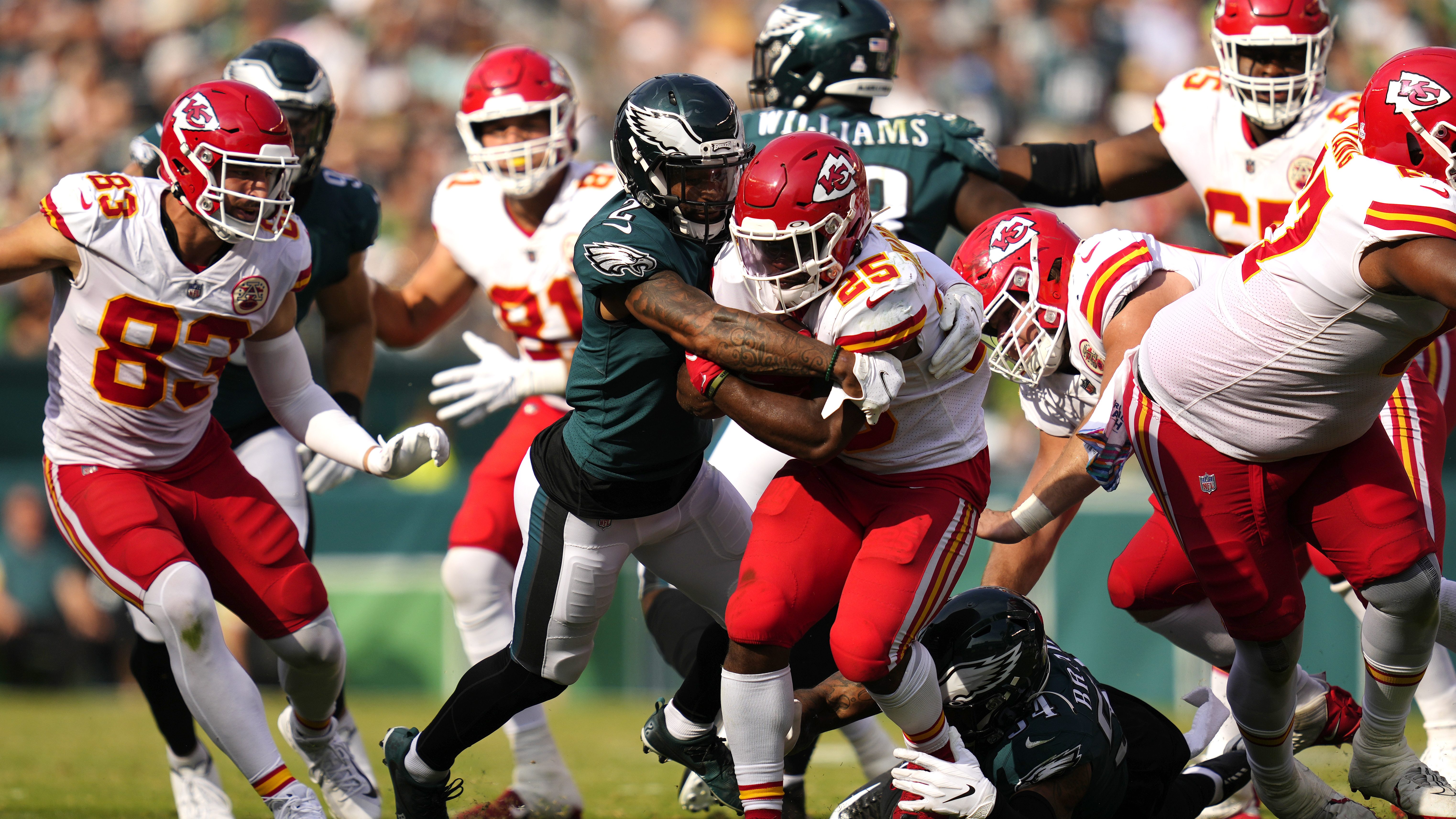 KANSAS CITY, Mo. (AP) — Just when the Kansas City Chiefs finally got their ground game going, they had to anxiously watch from the sideline Sunday night as Tyreek Hill helped carry running back Clyde Edwards-Helaire off the field with a knee injury.

It wound up being a sprained knee ligament that landed Edwards-Helaire on the injured reserve list 48 hours later.

Now, the trick for the Chiefs is to keep from reverting to an air-it-out approach that has sometimes caused their offense to stagnate. They are at their best when they are able to get their ground game going, and it will be up to Darrel Williams and Jerick McKinnon to provide that much-needed balance when they head to Washington on Sunday.

“We’ve got great players. We’ve put (Derrick) Gore up, too — he was productive during the preseason,” Chiefs coach Andy Reid said. “We have trust in the other two guys, particularly Darrel. He’s been productive for how many years now?”

The answer is four, including 39 games in a Chiefs uniform. But the former undrafted free agent out of LSU has never had a chance to start in the NFL until now, and Williams knows it’s an important opportunity for him on several fronts.

He wants to prove to all the naysayers he can do it. And he wants to help Kansas City get on track after losing three of its last four games to fall into last place in the AFC West, a division the Chiefs have dominated for years.

“I’ve worked my whole life to be a starter in the league. I finally get this chance, finally get this opportunity, and just have to make the most of it,” Williams said. “Come here each and every day willing to work and put in the work.”

Edwards-Helaire left some big cleats to fill. He was coming off back-to-back 100-yard rushing games and had scored through the air each of the previous two games before hurting his knee against the Bills. But the reality is Williams has been beyond capable even before Edwards-Helaire arrived, averaging about 4 yards a carry during his career.

That included work in the Super Bowl in February, when Edwards-Helaire was dealing with a high-ankle sprain.

He has carried the ball 29 times for 99 yards and two touchdowns this season. And even though McKinnon is known for his catching ability out of the backfield, Williams has seven catches for 45 yards in limited opportunities.

Speaking of McKinnon, he’ll also be in line for more chances after signing with the Chiefs in free agency. McKinnon started 18 games in Minnesota and four in San Francisco, and he has appeared in 79 games over six seasons in the league.

“They’ve done it before,” Chiefs quarterback Patrick Mahomes said. “Darrel has stepped up in big spots his whole career here, filling in and running tough. Jerick has been a guy that’s made plays at a lot of different spots and I have trust that he’s going to make plays here as well.”

It would be nice if one of them was the Chiefs’ leading rusher this weekend. Mahomes had that dubious distinction against the Bills, when he was flushed from the pocket so much that he wound up with 61 yards rushing.

“For us, we try to score every time we touch the football,” Mahomes said. “That’s how it’s been my entire career. That was the precedent set before I got here. When we get an opportunity to have success and be successful, we have to capitalize.”