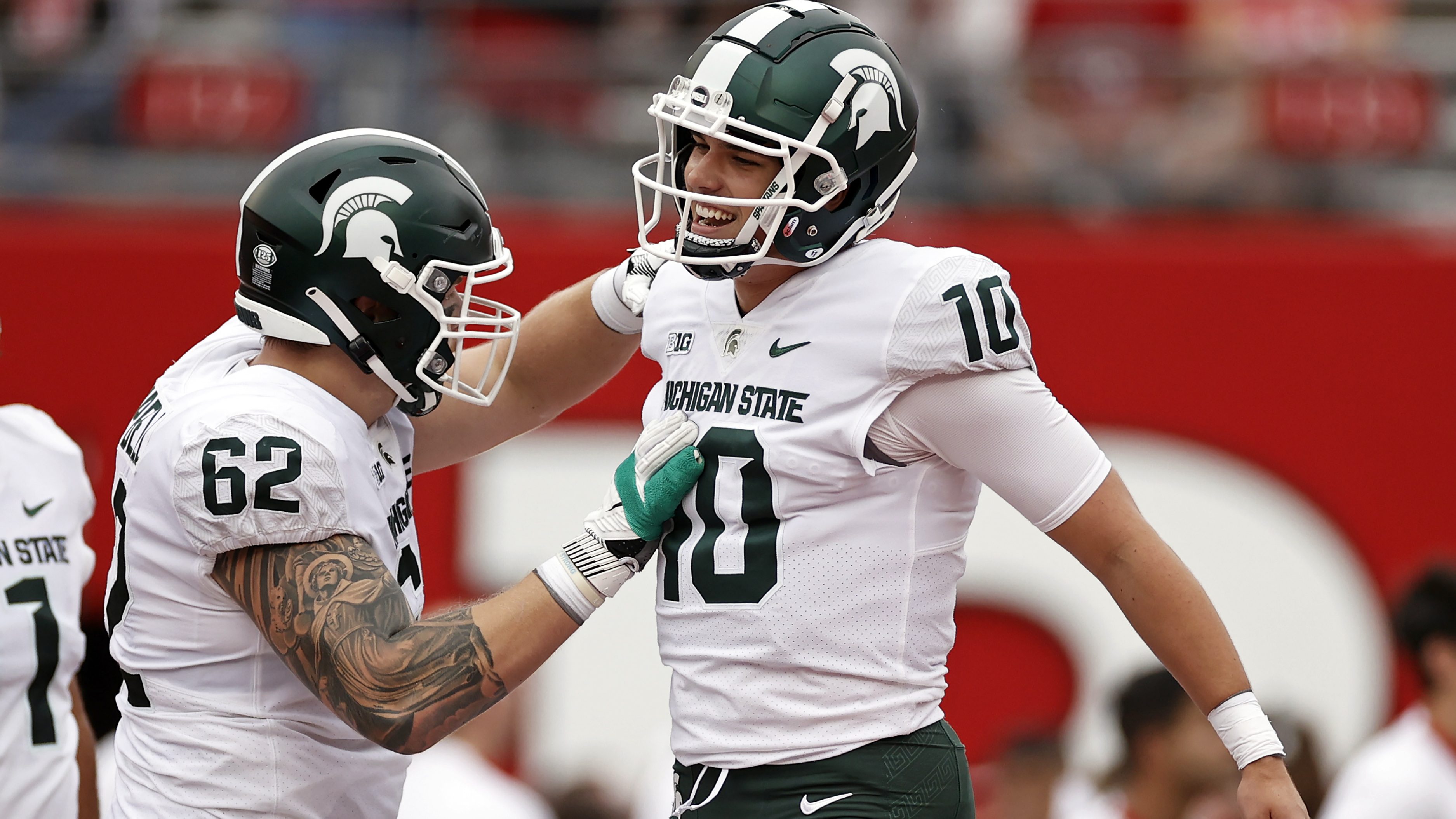 Line: Michigan State by 4½, according to FanDuel Sportsbook.

There’s more to this year’s Old Brass Spittoon game than a trophy. At the midway point, the Spartans are a surprise contender in the Big Ten East. They’re tied with No. 6 Ohio State and No. 8 Michigan for the division lead. Indiana’s three losses have come against No. 2 Iowa, No. 3 Cincinnati and No. 7 Penn State and an upset Saturday would help them start chasing this season’s big goals — such as retaining the Spittoon in consecutive seasons for the first time since 1968-69.

Spartans RB Kenneth Walker vs. Indiana’s run defense. The nation’s top rusher has given the Michigan State offense a new identity. He’s not just beating opponents, he’s gashing them for 6.8 yards per carry. Indiana has been solid against the run but must perform at a higher level after getting two weeks to prepare for Walker.

Michigan State: WR Jalen Nailor. The Big Ten co-offensive player of the week tied a school record with three touchdowns — of 63, 63 and 65 yards — in the first half of last week’s 31-13 win at Rutgers. He had 221 yards receiving, the fourth-highest single-game total in program history.

Indiana: QBs Michael Penix Jr. and Jack Tuttle. Coach Tom Allen is being coy this week. He won’t discuss the practice status of Penix (separated left shoulder joint) and won’t announce a starter until kickoff. If Penix plays, he may be limited. If Tuttle makes his first start of the season, the Hoosiers may alter the offensive game plan.

Michigan State is 6-0 for the first time since going 8-0 in 2015 when it made a playoff run. … The Spartans have reached the top 10 for the first time since Sept. 18, 2016. … Nailor had 44.2 yards per reception last week, the highest average by a Big Ten player this century. … Walker has two 200-yard rushing games this season and had a school-record, 94-yard TD run last week. … Indiana is 11-7 in Big Ten play since 2019, the league’s fourth-highest victory total over that span. … WR Ty Fryfogle had a career-best 11 receptions for 200 yards and two TDs in Indiana’s 24-0 victory at East Lansing last season. … The Old Brass Spittoon was first awarded to the winner of this contest in 1950.