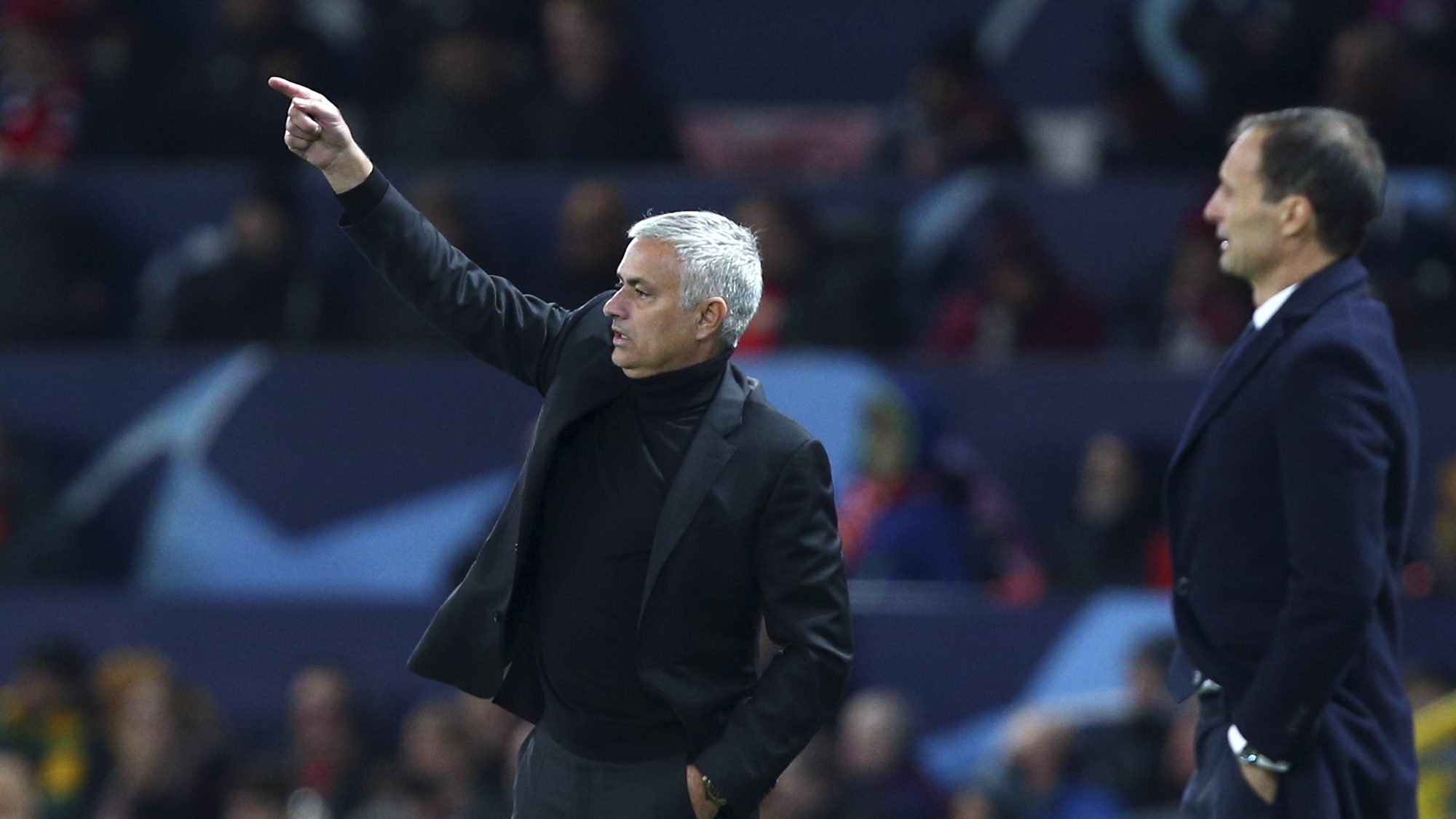 ROME (AP) — Declared enemies from the very beginning, Jose Mourinho and Massimiliano Allegri have never shied away from antagonizing each other.

The coaching masterminds have feuded ever since Mourinho’s very first season in Italy — when the outspoken Portuguese manager was bothered that Allegri won a coach of the year award with Cagliari even though Mourinho had just won his first Serie A title at Inter Milan.

Having moved on to jobs at AC Milan and then Juventus, Allegri at times criticized Mourinho as “pathetic” and “lacking respect,” while Mourinho reverted to loaded hand gestures aimed at the fans of Allegri’s Juventus teams — most recently during a Champions League clash with Mourinho’s Manchester United in 2018.

Now, with Mourinho back coaching in Italy after more than a decade and Allegri back in Turin after two seasons away, the rivalry resumes on Sunday when Mou’s Roma visits Max’s Juventus.

It’s shaping up as a pivotal match, too, with Juventus having registered three straight wins before the international break after a horrendous start, and Roma facing a title contender for the first time this season.

Both coaches are also in need of a convincing performance to shed their “defensive” and “catenaccio” labels in an age when free-flowing attacks have become the preferred style — as demonstrated by Italy’s run to the European Championship title.

Having been fired by Tottenham in April after 17 months at the London club — his shortest spell at a club since he broke into the big time as a slick and self-confident coach of Porto at the start of the century — Mourinho has shown signs that he’s open to change.

While his former teams were often mocked for “parking a bus” in front of the goal, Mourinho’s arrival in the Italian capital was hailed with a mural showing him riding a Vespa and, indeed, Roma’s attack has been buzzing.

Led by four goals each from captain Lorenzo Pellegri and Jordan Veretout, plus some daring play by England import Tammy Abraham up front, Roma has scored five more goals than Allegri’s Juventus through the opening seven matches of Serie A.

However, Abraham will likely miss the Juventus match after picking up an injury with England, while Pellegrini has sat out training this week with a fever.

After failing to win its four opening Serie A games then struggling to beat upstart Spezia, Juventus finally gained some confidence with a 1-0 win over European champion Chelsea in the Champions League last month with a throwback performance like those so often seen during Allegri’s first spell in Turin.

Otherwise, Allegri’s return has been marked by a failure to take advantage of the new five substitutions rule and a reversion to the more defensive-minded players he knew from his first term — which contributed to Cristiano Ronaldo’s departure.

Without Ronaldo, producing goals has become a problem. And with Alvaro Morata still out injured and Paulo Dybala still not 100%, Chiesa remains Juve’s most reliable option in attack.

So with both sides missing key players, Mourinho and Allegri will have to come up with inventive solutions and hope for timely goals — like when United scored twice in the final five minutes and won 2-1 in 2018 after a match that Juventus had dominated.

Juventus fans tormented Mourinho throughout that 2018 game and afterward he egged them on by holding his hand to his ear.

“I was wrong,” Mourinho said afterward. “But they insulted me and my family for 90 minutes. It was just a way of saying, ‘I don’t want to listen to you any longer.’ I didn’t offend anyone. They did.”

Sunday’s game marks the first time Mourinho returns to Turin since 2018 and it’s also the first Serie A weekend in the pandemic when stadium capacities have been raised to 75%.

Expect a hostile reception for Mourinho and a cold handshake with Allegri.

Andrew Dampf is at https://twitter.com/AndrewDampf