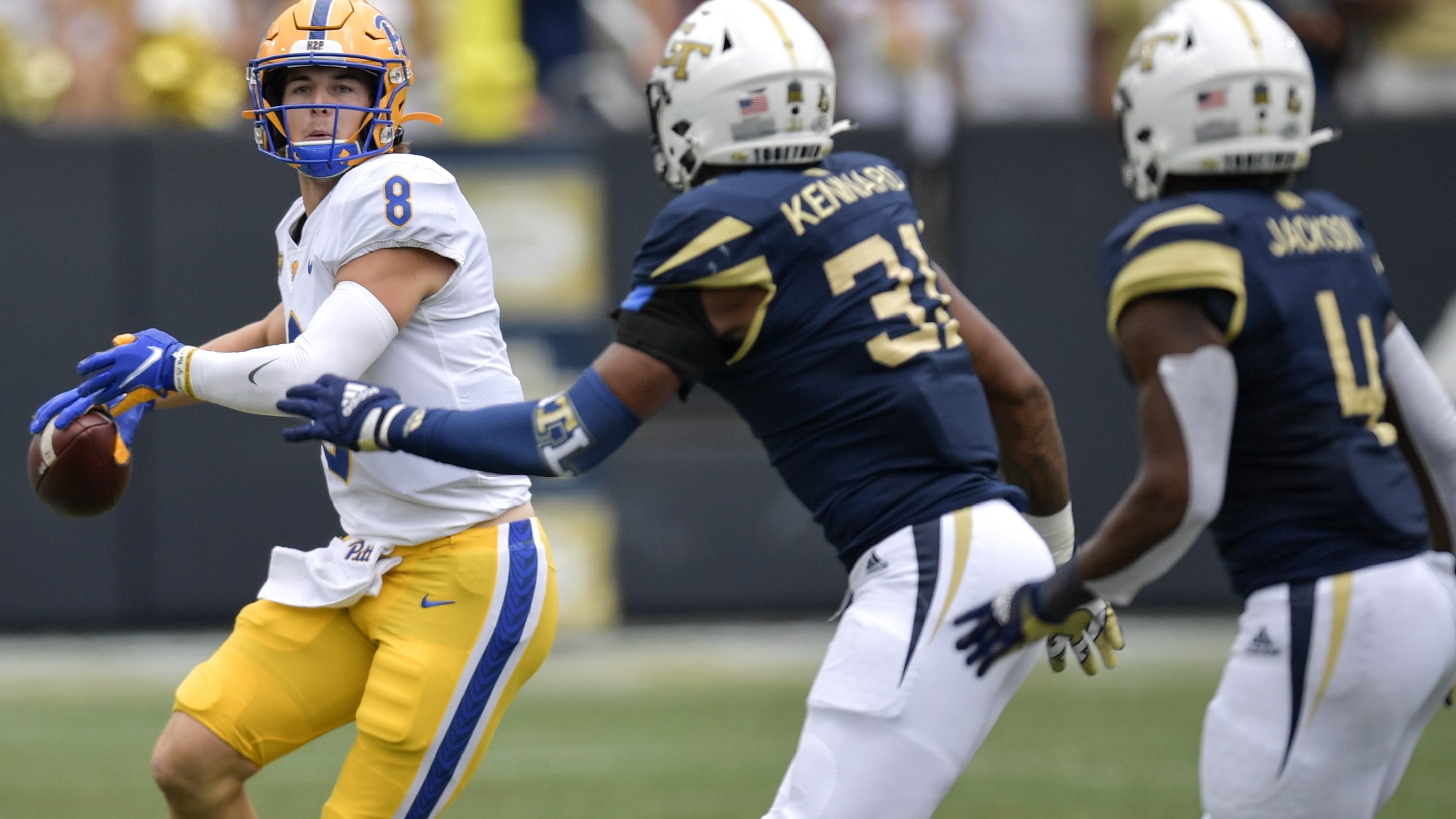 The Pittsburgh team playing at Virginia Tech on Saturday looks nothing like the one that was blanked 28-0 in its last visit two seasons ago.

These Panthers are leading the nation in scoring at better than 52 points per game.

Their numbers drew a “my goodness” from Virginia Tech coach Justin Fuente, and then a long pause before he added: “This offense we’re about to play is pretty special.”

The Panthers (4-1. 1-0 Atlantic Coast Conference) average 52.4 points and have scored at least 41 in all five of their games. The Hokies (3-2, 1-0) will be without linebacker and defensive signal-caller Dax Hollifield for the first half after he was flagged for targeting in a disappointing loss to No. 14 Notre Dame a week ago.

The Panthers are led by quarterback Kenny Pickett, who has thrown at least four touchdown passes in three consecutive games and 19 in all against just one interception. He’s second in the conference at 346 passing yards per game.

“This quarterback, man, he’s playing at a high level, as good as anybody I’ve seen this year,” Fuente said. “This guy is at an elite level.”

The Panthers, however, have not garnered much attention because of a weak schedule, and a loss to Western Michigan of the Mid-American Conference.

But they are entering a stretch in which they will face the Hokies, Clemson, Miami and North Carolina. The Panthers and Hokies are the last teams to be undefeated in the Coastal Division, so much more remains.

“I mean, it’s just as important as the past four weeks. The Tech is a big game and once V-Tech is done, Clemson will be a big game and so forth and so on,” defensive back Erick Hallett II said.”

Some things to watch when Pitt plays at Virginia Tech:

Hokies quarterback Braxton Burmeister left the Notre Dame game with a hand injury, but was pressed back into duty when backup Connor Blumrick was also hurt. Blumrick is out indefinitely, Fuente said, but Burmeister is a “full go.”

There are times during the practice week when the Panthers’ offense will break it down by yelling “1,2,3 … 50,” a nod to the unit’s goal of scoring at least 50 points per game.

So far, so very good. Pitt’s stretch of scoring at least 41 points in all five of their games is the longest stretch in program history.

“I don’t want to say it was beyond what we hoped for coming in because we knew all the (talent) we had on offense,” said sophomore wide receiver Jordan Addison, whose nine touchdown receptions are tied for most in the FBS.

“We’ve just been excelling, hitting on all cylinders in all phases of the game.”

The Panthers — and Pickett — had little trouble with a depleted Hokies secondary last season. He completed less than half his passes — 25 of 52 — but the completions went for 404 yards and two TDs. He also ran for a TD.

Pitt’s lone loss came in a 44-41 upset by Western Michigan last month. The Broncos rolled up 517 yards of offense by relying heavily on a run/pass option scheme. The Hokies run a similar attack, but Narduzzi is confident the Panthers have figured things out during their two-game winning streak.

“I think we’ve tightened down some of that stuff, changed things up that we are doing,” he said. “(Virginia Tech) likes to run RPOs as well. We’ll see the same slant route that other people run. It’s kind of the en vogue new RPO.”

The last time these longtime rivals were both unbeaten in conference play when they met came on Nov. 2, 2002, when they were both 3-0 in the Big East.