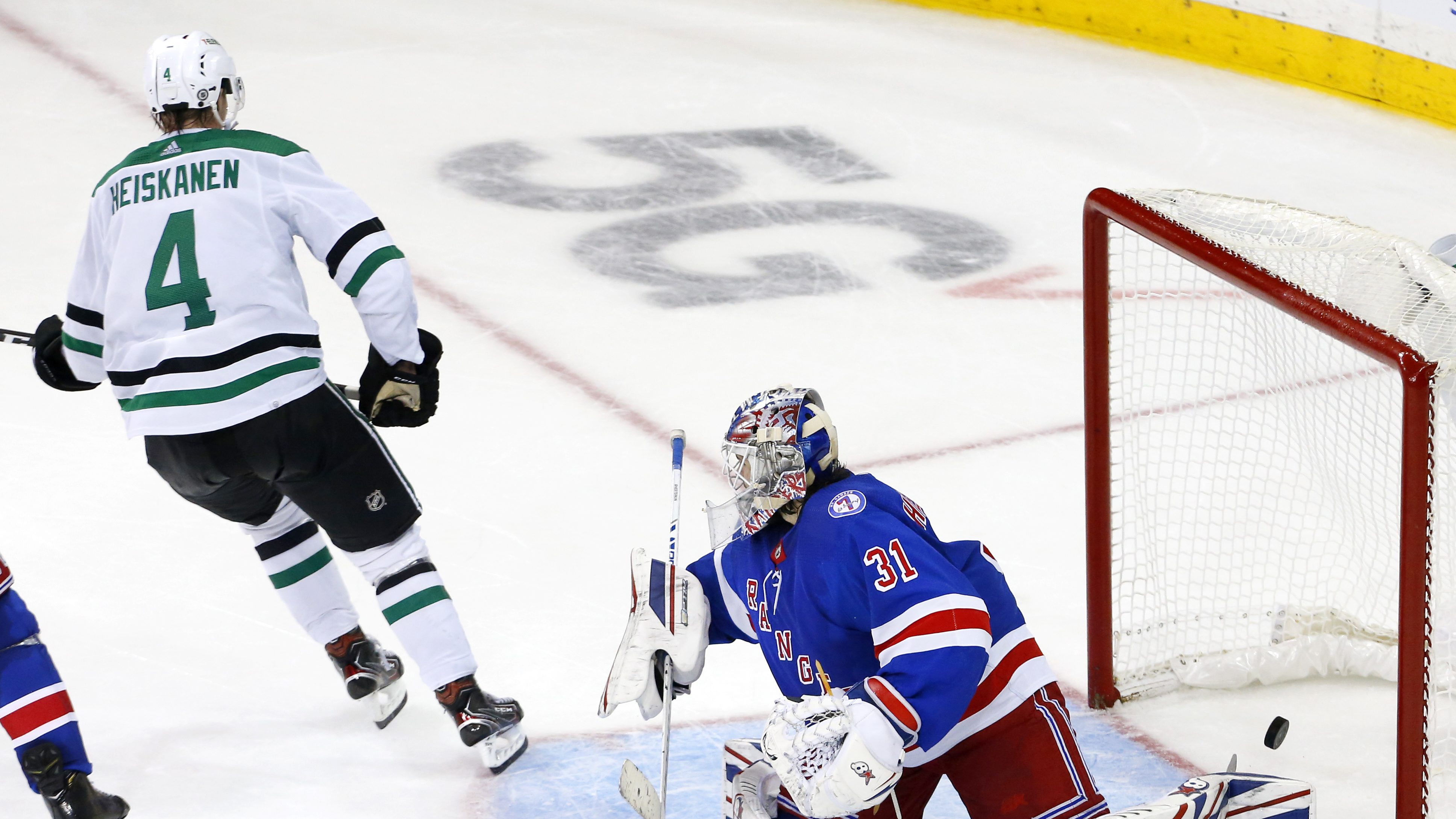 Heiskanen took a pass from Jamie Benn, swooped in on goalie Igor Shesterkin and buried a high shot to give the Stars a victory in their first game of the season.

Adam Fox and Chris Kreider each had a goal for the Rangers, who lost their season opener Wednesday night at Washington. They’ve dropped four of their last six home openers.