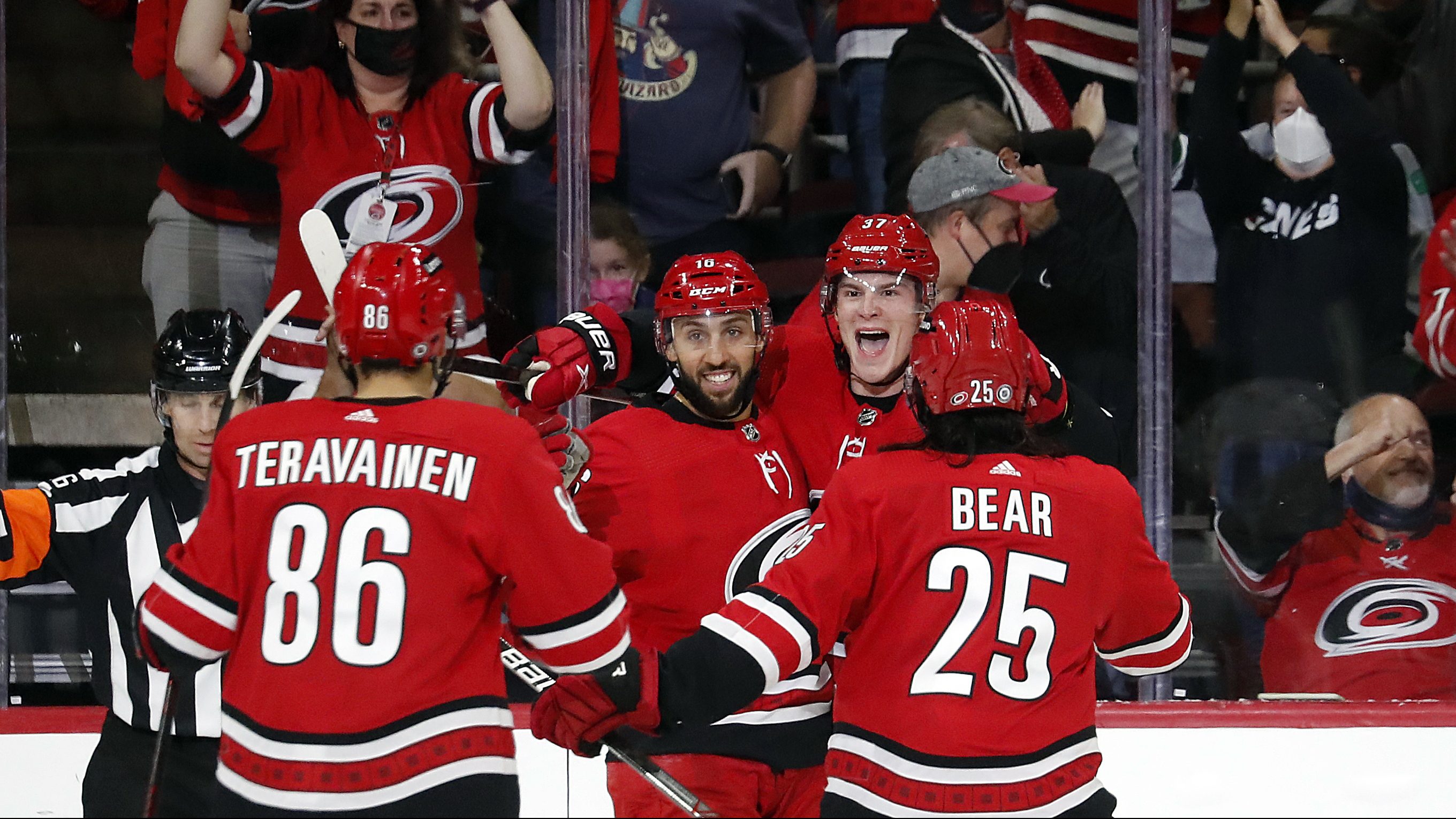 RALEIGH, N.C. (AP) — Andrei Svechnikov had two goals and an assist to help the Carolina Hurricanes beat the New York Islanders 6-3 on Thursday night in the season opener for both teams.

Teuvo Teravainen added a goal and an assist for Carolina, which featured a new-look roster in a matchup of Eastern Conference playoff contenders. Returnees Jesper Fast, Jordan Martinook and Nino Niederreiter also scored while Frederick Andersen finished with 25 saves in his debut for the Hurricanes.

Mathew Barzal, Brock Nelson and Anders Lee each scored goals for the Islanders, while Ilya Sorokin finished with 35 saves.

The Islanders are starting with a daunting challenge: a 13-game road trip while construction is completed on their new arena, with no home game until Nov. 20.

Svechnikov and Teravainen came together on the Hurricanes’ first goal. Svechnikov established position atop the crease to tap Teravainen’s shot past Sorokin at 9:15 of the first period.

Teravainen scored on a power play at 11:36 of the third period, taking a feed from new addition Tony DeAngelo and putting home a one-timer on the right side.

Svechnikov was credited with an assist on Teravainen’s goal, then added a clinching empty-netter in the final minute. It was a strong start for the 21-year-old, who agreed to an eight-year contract in August to remain with the franchise that drafted him at No. 2 overall in 2018.

The Hurricanes, who have made the playoffs three straight years, have eight new players on the opening-night roster in hopes of making a deeper postseason push.

The Islanders enter this season with heightened expectations to contend for a championship after two straight trips to the semifinals of the Stanley Cup playoffs, falling to eventual champion Tampa Bay.

BACK IN THE HOUSE

Carolina was playing in front of its first full-capacity crowd (18,680) at PNC Arena since February 2020, shortly before the NHL paused its season due to the COVID-19 pandemic.

The Hurricanes had sellout crowds for second-round playoff games against Tampa Bay, though capacity was capped at 16,299 due to state public-gathering protocols.