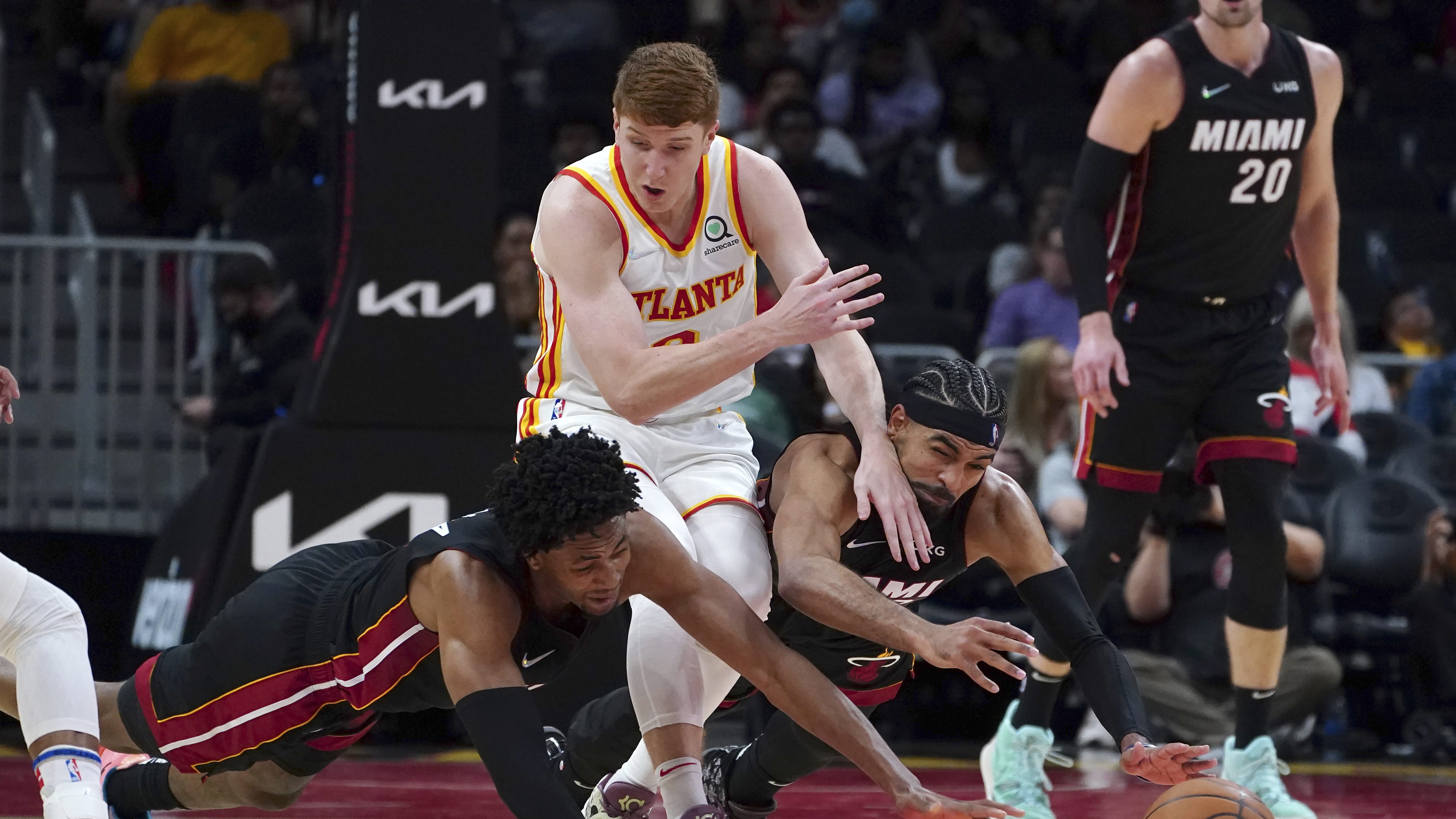 ATLANTA (AP) — The Atlanta Hawks closed out the preseason with their starting five looking sharp.

Coach Nate McMillan wanted a dress rehearsal of sorts with Trae Young, Bogdan Bogdanovich, De’Andre Hunter and John Collins all logging big minutes in the 127-92 victory over the Miami Heat on Thursday night.

Center Clint Capela, making his preseason debut, had 10 rebounds and 10 points in 12 minutes. He sat out the second half to rest his left Achilles.

The Heat were without Jimmy Butler, Kyle Lowry, Bam Adebayo and eight others as coach Erik Spoelstra decided to keep his stars at home with the team closing out the preseason Friday night in Miami against Boston.

Young had 27 points and 15 assists, and Hunter scored 19 as both players sat out the fourth quarter.

Young, coming off a calf contusion, followed with a couple of 3s, the second one making it 65-38 in the final minute before halftime. It was 67-43 entering the third.

Collins jammed in a dunk to make it 84-58 midway through the third. Young later assisted on three straight baskets, feeding Collins for a layup, Collins for a dunk and Kevin Huerter for a reverse layup. The Hawks took a 93-62 lead on Young’s 3 with 2:10 left in the third.

The Hawks were up 97-72 entering the fourth. They finished with 33 assists and 10 turnovers, five of them when the starters were out of the game.

Atlanta opens the regular season Oct. 21 at home against the Dallas Mavericks.

Miami’s season opener is Oct. 21 at home against the defending champion Milwaukee Bucks.

The Nets was 15 for 36 from 3-point range. Lamarcus Aldridge scored 16 points for Brooklyn, Nicolas Claxton 11 and Paul Milsap 10.

Jake Layman’s dunk brought Minnesota to 103-101 with 1:14 left. Cam Thomas made all four of his free throws to clinch it.

Anthony Edwards scored 23 points, and Karl-Anthony Towns had 16 for the Timberwolves