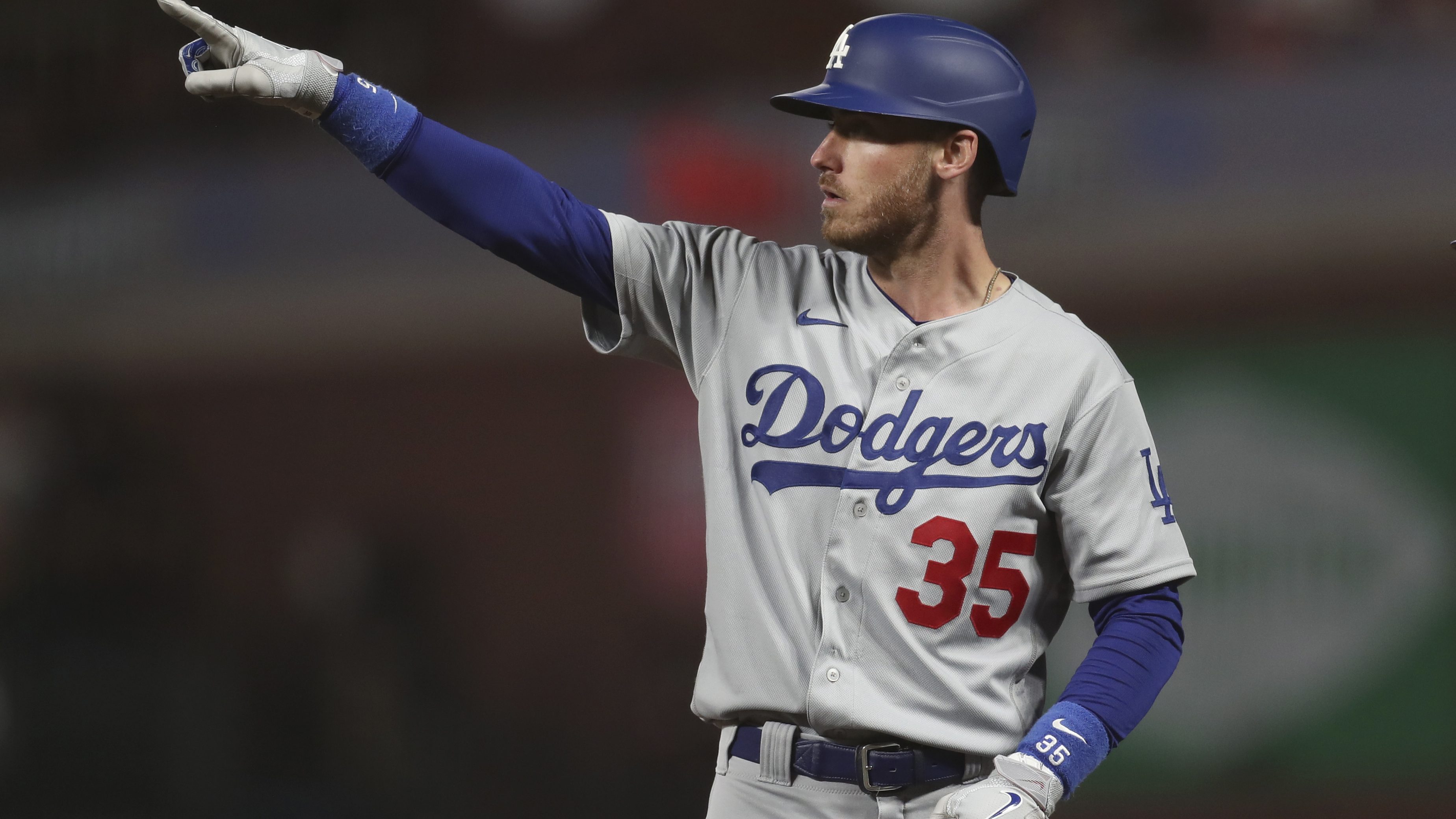 A capsule look at the best-of-seven National League Championship Series between the Los Angeles Dodgers and Atlanta Braves:

October Glance: Dodgers are in playoffs for ninth straight year and are defending their first World Series title since 1988. Looking to become first repeat champion since New York Yankees won three in a row from 1998-2000. … Even though Los Angeles won 18 more regular-season games than Atlanta, the NL East champion Braves have home-field advantage in the best-of-seven series because they won their division and the Dodgers are a wild card. … Los Angeles rallied from 3-1 series deficit to beat Braves in last year’s NLCS, winning 4-3 in Game 7. … Dodgers finished second to rival San Francisco by one game in NL West race that went down to last day of regular season, snapping their streak of eight consecutive division titles. Their record of 106-56 is best of any defending World Series champion since 1969, when divisional play began. … Defeated the Cardinals 3-1 in NL wild-card game on two-run homer by Chris Taylor in bottom of ninth inning. Then beat Giants in Division Series, winning 2-1 in deciding Game 5 at San Francisco as Betts got four hits. The 37-year-old Scherzer came out of bullpen on two days’ rest to earn his first professional save. He’s expected to be ready to start NLCS opener. … Dodgers were an MLB-best 58-23 at home, ending regular season on franchise-record 15-game winning streak at Dodger Stadium. … LA was 48-33 on the road. … Urías became first Dodgers pitcher to win 20 games since LHP Clayton Kershaw won 21 in 2014. … Dodgers pulled off a blockbuster deal at the July 30 trade deadline, getting Scherzer and Turner from Washington for prospects. Scherzer is a strong candidate for NL Cy Young Award and Turner made case for NL MVP by winning his first batting title. … Kershaw is expected to miss entire postseason with left forearm inflammation. … 3B Justin Turner has a club-record 13 postseason homers, including one in wild-card game. He went 1 for 20 in NLDS. … OF Cody Bellinger spent time on injured list and was mired in a season-long slump that cost him his starting spot. The 2019 NL MVP batted .165 with 10 HRs and 36 RBIs. But he singled, walked twice and stole two bases in wild-card game, then delivered tiebreaking single in ninth inning of Game 5 against Giants. … Bellinger, Matt Beaty and Albert Pujols have been filling in at first base after slugger Max Muncy injured his left elbow in regular-season finale. Pujols has been a valuable and popular backup with the Dodgers after being cast aside by Angels this season.

October Glance: Atlanta is back in NLCS after squandering 3-1 series lead last year and losing to Dodgers 4-3 in Game 7. … Braves won fourth consecutive division title and 21st overall, most in majors. Atlanta took 14 straight division crowns in completed seasons from 1991-2005, including first three during that run in NL West. … Braves shut down NL Central champion Brewers for 3-1 series victory in NLDS. Pitched consecutive shutouts and held Milwaukee without a run for 22 innings. Freeman hit tiebreaking homer in eighth inning of Game 4 clincher at home. … Morton is 7-4 with 3.44 ERA in 15 postseason games, 14 starts, for Pittsburgh, Houston, Tampa Bay and Atlanta. … Morton and Fried earned wins as Braves took two of three from LA at home in early June. Atlanta was swept in well-pitched three-game series at Dodger Stadium that ended Sept. 1. Urías beat Braves twice this season. … Braves had a losing record most of first half and for the last time on Aug. 3, at 53-54. … The 88 wins matched Braves’ fewest in a season they won a division title (2001). … Atlanta threw 18 shutouts, second in majors to Brewers (19). … Atlanta remade its outfield at midseason after losing Ronald Acuña Jr. to a season-ending knee injury and Marcell Ozuna to legal troubles. GM Alex Anthopoulos acquired outfielders Joc Pederson, Eddie Rosario, Duvall and Soler near the July 30 trade deadline. … Braves were unsure whether Soler would be available for NLCS. He tested positive for COVID-19 and didn’t play in clincher vs. Milwaukee. Rookie outfielder Cristian Pache took Soler’s spot on the 26-man roster. Soler has been vaccinated but might not be cleared to return until after the NLCS. … Freeman led NL with career-high 120 runs. Duvall topped league with 113 RBIs. Riley was second with 107 and Albies tied for third with 106. … Braves won eight of last nine regular-season games, including three-game sweep that put away second-place Philadelphia.