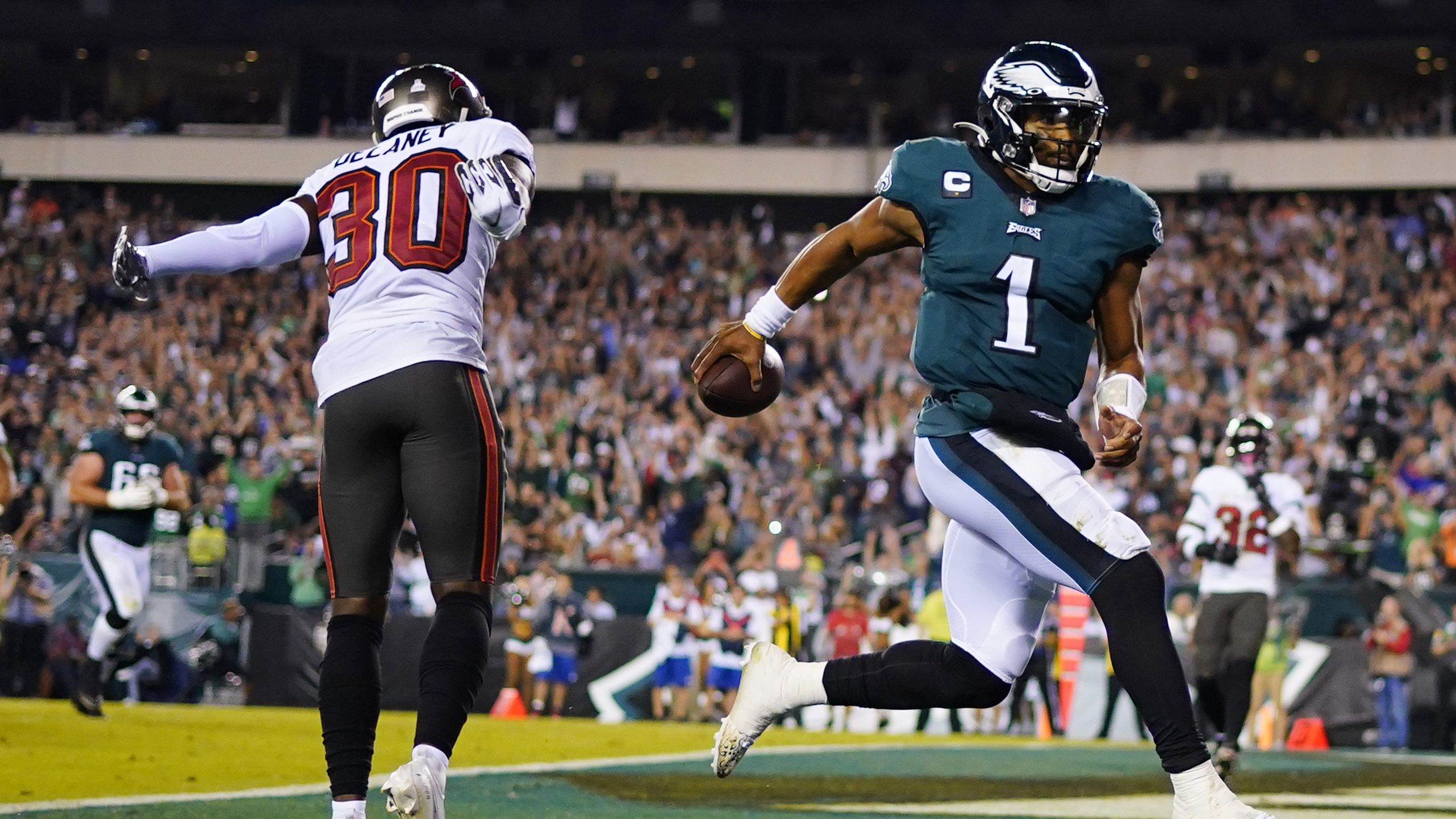 PHILADELPHIA (AP) — Six games into the season, the Philadelphia Eagles are still seeking an identity.

“When you’ve struggled the way we’ve struggled the last two weeks, that’s the question you ask yourself every time, what is our identity, what do we need to do? Those are conversations that we’re obviously having as an offensive staff,” Sirianni said Friday, several hours after a 28-22 loss to Tampa Bay that wasn’t as close as the score indicated.

“We have strong convictions and strong feels of what we think it is. Now, do we know 100% what our identity is? No. I don’t actually think anybody in the NFL knows 100% what their identity is right now in game six. I think you’re still building — even the teams that have been together for a long time. … We are growing, we are finding it out more and more each week, and obviously we’re accelerating that as much as we possibly can to put our guys in the best position we possibly can put them in.”

“We’re going to continue to do the things we’ve been doing as far as play-calling and game-planning,” Sirianni said. “We feel like we have a good process there of how we go through it. I am fortunate that on this staff, I have guys that have experience calling games, which is helping me throughout games. So, we’re going to continue to stick with that. We’ve got a lot of confidence in that, and we’ve just got to execute and do better, but confident in our process there.”

The game plan for Thursday night against the Buccaneers called for pass, pass, pass. Miles Sanders had one carry in the first half. After the Eagles (2-4) fell behind 28-7, he got 50 of his 56 yards rushing in the fourth quarter.

Hurts was 12 of 26 for 115 yards, one touchdown and one interception. He made plays with his legs, scoring twice. But Hurts continues to miss throws from deep balls to mid-range ones.

The offense struggled for much of three quarters last week but rallied to beat Carolina 21-18. The fourth-quarter comeback wasn’t going to cut it against the defending Super Bowl champions.

Sanders ran well when he got the ball, averaging 6.2 yards per carry against the NFL’s stingiest run defense. But he needs to carry the ball more than nine times.

Hurts has to improve his accuracy. He completed only 46.2% of his passes against a depleted secondary missing four key members. It’s his third time in six games under 60%.

Sanders again proved why he should get the ball more than anyone on the offense. He’s a playmaker who produces once he gets in a rhythm.

Hurts is missing too many open throws. He extends plays with his legs and is a dynamic runner but the second-year pro still has plenty of work to do as a passer.

Right tackle Lane Johnson remains out because of a personal issue.

1 — The number of carries by running backs in the first half.