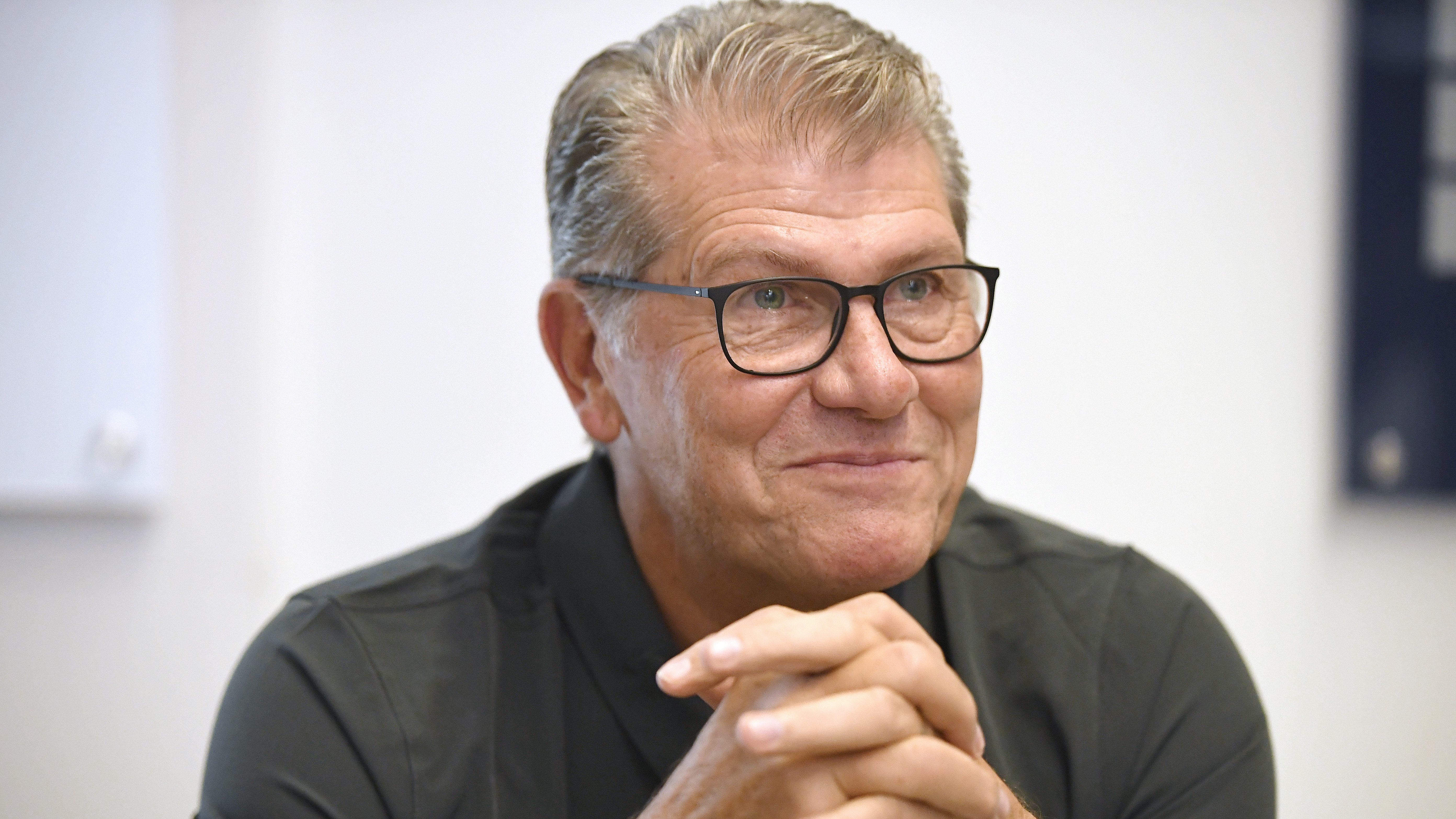 STORRS, Conn. (AP) — UConn held its first “First Night” celebration in two years on Friday, filling Gampel Pavilion with students for the annual unofficial start to the basketball season after having to cancel the event last year because of the pandemic.

COVID-19 also prevented all but family and a few friends from attending home games in 2020-21, so it was first chance the Huskies’ freshmen and sophomores got to play in front of a home crowd, even if was just an exhibition.

The teams had to show some resiliency when workers were unable to raise one of the baskets. So, after the men’s team held an impromptu dunk contest, in which few dunks were made, the women’s team participated in a 10-minute half-court scrimmage,

“Tonight is kind of for them and for our players to kind of just be kids,” women’s coach Geno Auriemma said. “You know, sometimes that kind of gets lost that they’re just a bunch of kids playing a kids game.”

Because of the technical difficulties, a raucous start to the evening petered out, with many fans leaving early.

Under rules past several years ago, First Night no longer represents the start of fall practice. Both teams held workouts for six weeks over the summer and began fall practices last month.

Men’s coach Dan Hurley said he was hoping to see how his young players would perform under the bright lights.

“It’s always a separator,” he said. “It’s a separator with teams and its a separator with athletes. Who’s got the stomach? Who’s wants to play when the lights are bright and you’ve got a packed house? Players all manage their nerves a lot differently. You know a lot of guys who are practice all-stars who can’t transfer it to the floor on game night.”

The UConn men open in Storrs on Nov. 9 against Central Connecticut. The women host Arkansas in Hartford on Nov. 14.