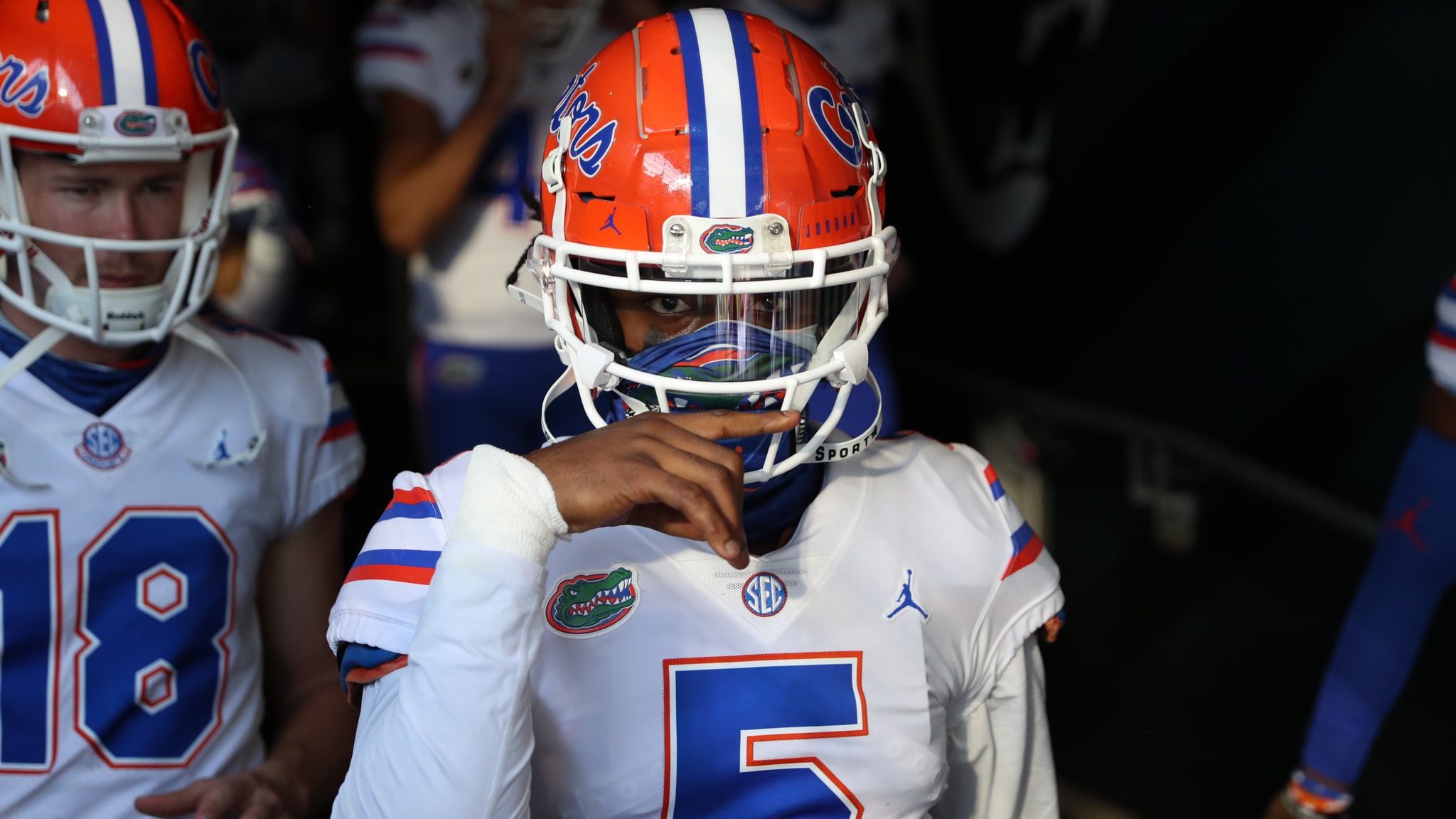 GAINESVILLE, Fla. — Emory Jones has finally gotten his time to shine at the University of Florida for the 20th ranked Gators in 2021.

All the way back in 2018, Emory Jones was one of the top high school recruits in the nation. He ended up being ranked the 85th best college football prospect in the nation and the fifth best dual-threat quarterback in his class, behind some household names and quarterbacks who put together elite college careers in Justin Fields and Dorian Thompson-Robinson.

Unlike those two, Jones had to wait until this year to finally get a starting quarterback role. His first three years in Gainesville at the University of Florida were spent as a backup, only used in running situations or in blow out games. In his freshman season, 2018, Jones was behind top 2016 recruit Feleipe Franks. In 2019 and 2020, he was behind Kyle Trask. Franks went on to transfer to Arkansas and Trask had a standout 2020 season with 43 touchdowns and 4,283 passing yards that was good enough to get him drafted in the second round of the 2021 NFL draft. Trask appears to be the Tampa Bay Buccaneers eventual heir to Tom Brady.

The Florida Gators have been having an up and down season so far in 2021. They were ranked as high as No. 10 at one point. After two wins by a large margin to start out the season, the Gators then dropped a close game to the No. 1 team in the nation, Alabama, where they lost by two. Jones threw a costly interception in that game but his decision was backed up by head coach Dan Mullen.

“He made the right read, he had pressure and he was just trying to anticipate the throw on a third-down play to make the play before the sack came,” Coach Mullen said.

Their next game was a big SEC win against Tennessee, but that was followed up with a loss to unranked Kentucky. The one consistent piece of this Florida Gators season has been quarterback Emory Jones. Jones has completed 69% of his passes on the year with an overall quarterback rating of 126.4. The real weapon from Jones comes with what he can do with his legs in the run game. He has 439 rushing yards and two touchdowns in just five games this season. Standout performances came in a near loss to Alabama where he threw for 195 yards and ran for 77 more with a touchdown. Another standout performance for Jones was against Tennessee where he ran for 144 yards and threw for two touchdowns. With Florida coming off a loss, Jones and the entire team could have a chip on their shoulder and be looking to dominate the rest of the year.

Emory Jones hasn’t been a popular name talked about for the 2021 NFL draft, but some draft experts think that he can get there. Popular NFL draft analyst, Mel Kiper Jr., did not rank Jones in his top 11 quarterbacks list ahead of the season, but thinks that Jones can turn into a first round pick.

“You think about a 6-foot-2, 215-pounder with a strong arm and tremendous running skills that drives defenses nuts – this kid, Emory Jones, it’s his time to shine at the Swamp,” Kiper Jr. said on SportsCenter Friday morning. “If he does, with his skill set as a dual-threat quarterback, Emory Jones at Florida is a name to keep an eye on.”

That’s high praise for Jones, but has he done enough to be a first round pick, let alone drafted at all? His top passing performance was just 209 yards in the first five games and he has thrown more interceptions than touchdowns despite being an accurate quarterback completion percentage wise. The remainder of the 2021 season will likely determine if Jones can show enough to be drafted come this spring.