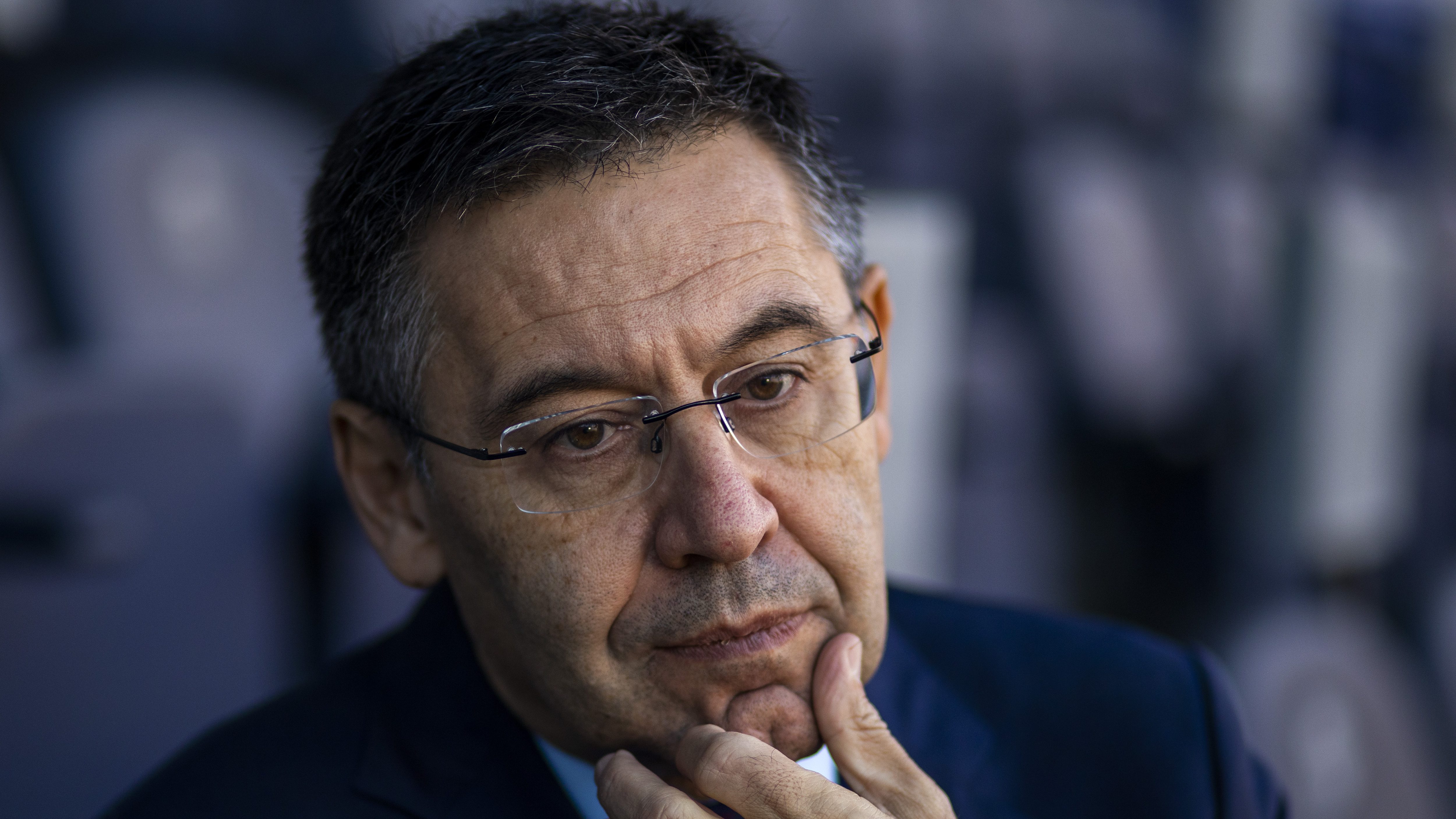 In this Nov. 8, 2019, file photo, President of FC Barcelona Josep Bartomeu pauses during and interview with the Associated Press at the Camp Nou stadium in Barcelona, Spain. Barcelona’s former president denies accusations by its current leadership that his board left the Spanish club on the brink of bankruptcy due to poor management. Josep Bartomeu tells Spanish media that most of the club’s financial woes have been caused by the impact of the pandemic. Bartomeu's successor Joan Laporta has said that even without the pandemic the club would have suffered huge losses because expenses outstripped revenues under Bartomeu. (AP Photo/Emilio Morenatti, File)

BARCELONA, Spain (AP) — The former president of Spanish club Barcelona on Friday denied accusations by the current leadership that his board had left the team on the brink of bankruptcy because of poor management.

Josep Bartomeu said that most of the club’s financial woes had been caused by the impact of the pandemic, which closed down Camp Nou for more than a year and reduced other sources of revenue.

“There was no mismanagement, we did not leave a poor legacy,” Bartomeu told three Barcelona-based sports papers in a joint interview. “The club is viable, it has many resources to get out of this problem, and without the pandemic it would have only had 50 million euros ($58 million) in losses in 2020-21.”

Barcelona closed the 2020-21 financial year with 481 million euros ($554 million) in losses, according to the current board led by Bartomeu’s successor, Joan Laporta. Current Barcelona CEO Ferrán Reverter said last week that the pandemic only accounted for 108 million euros ($124 million) of those losses, while the rest were because of spending outpacing revenues during Bartomeu’s tenure.

When Laporta took over in March after Bartomeu and his board resigned, Laporta said he found a player payroll tallying 650 million euros ($771 million) that the club could simply not afford.

Bartomeu defended the high salaries that his board had agreed to pay stars like Lionel Messi, Luis Suárez and Antoine Griezmann. Barcelona has let all three go in the past two years because it could no longer handle their hefty wages.

“The payroll matched the parameters of the club’s revenues,” Bartomeu said. “We had an excellent management of revenues. We were the first club to reach $1 billion (then 914 million euros) in revenues (in 2018). If you earn more, the players make more. Until March 2020 (when Spain entered pandemic lockdown), the payroll was acceptable, but it became unsustainable as revenues fell.”

As for Laporta’s decision to not re-sign Messi and let him join Paris Saint-Germain as a free agent, Bartomeu said it was a “mistake.”

Bartomeu, whose demise as president was in part due to his public falling out with Messi, fought to keep the club’s greatest player when he wanted to leave in 2020. A year later, with Laporta in charge, Messi had wanted to stay but the club could no longer make his salary fit in a greatly reduced salary cap imposed by the Spanish league.

“I have always thought that it is absolutely necessary for (Messi) to stay with us, not just because he is the best player in the world, but also for what he means to the club and its finances,” Bartomeu said. “It was a mistake to let Messi go. He represents much more than just a player who we all love.”