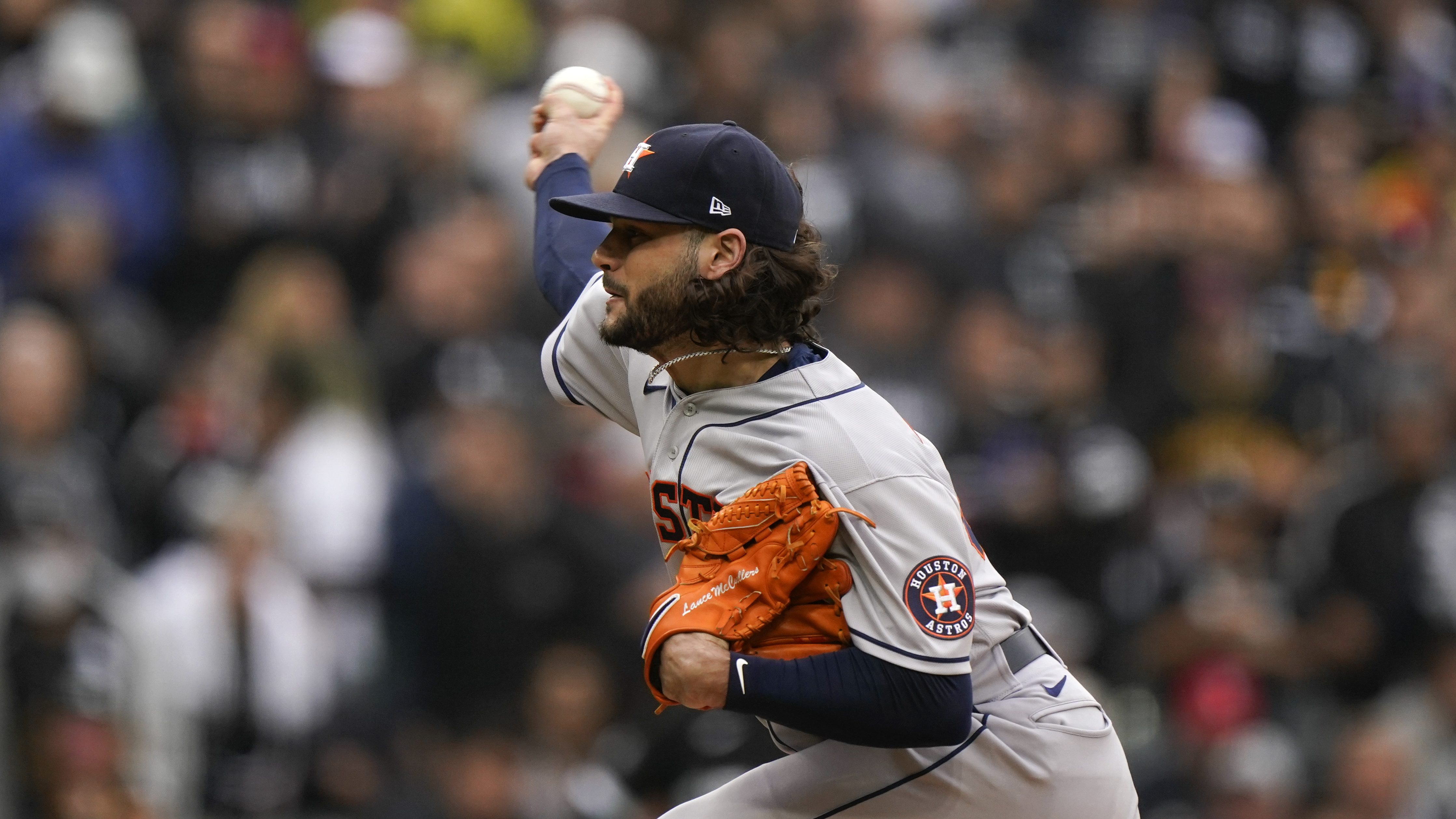 HOUSTON (AP) — Astros ace Lance McCullers Jr. has been left off the team’s roster for the AL Championship Series against Boston, a huge blow to a team looking to advance to the World Series for the second time in three seasons.

McCullers was great in a Game 1 win against the Chicago White Sox in the Division Series, pitching scoreless ball into the seventh. But the right-hander left Game 4 after four innings because of forearm tightness, and general manager James Click said Thursday that he was being evaluated as they made final decisions on their roster.

No announcement has been made on the severity of his injury, so there is a possibility he could return if the Astros advance to the World Series. He is listed as being part of Houston’s taxi squad for the ALCS.

Replacing him on the roster is right-hander Jake Odorizzi, who was left off the division series roster after a disappointing first season in Houston. The only other change to Houston’s roster from the ALDS is the addition of left-handed reliever Blake Taylor in place of catcher Garrett Stubbs, who will be on the taxi squad.

Game 1 is scheduled for Friday night in Houston.

The Red Sox retained the same roster from the ALDS except for replacing pitchers Matt Barnes and Austin Davis with left-hander Darwinzon Hernandez and right-hander Hirokazu Sawamura.

Both teams will have 13 pitchers, two catchers and 11 other position players for this series.