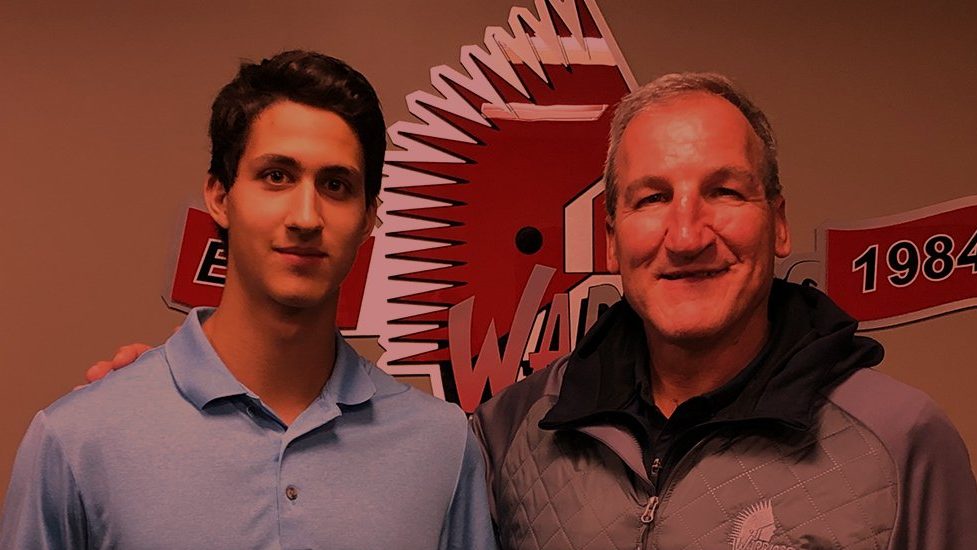 MOOSE JAW, Saskatchewan — “They (my parents) sacrificed all of their weekends, all of their vacation days, to take me to hockey and book hotels. … It was tremendous the sacrifice they made for me.”

These were the words of Maximum Wanner when the Edmonton Oilers drafted him in the 7th round, 212th overall selection in the National Hockey League draft of 2021. For Wanner, he owes all his success to his parents’, Cory and Cecillia, sacrifice. Without Cory and Cecilia’s sacrifices, the chances that he will not be where he is now are very high.

The sacrifices eventually paid off. In Wanner’s first game with Estevan Bruins U15 AA, many who saw the small Wanner running around the ice would doubt that he would play at the level he is playing today. All thanks to his parents, who believed in him and invested their all into their son’s passion.

Wanner was born on March 12th, 2003, in Estevan, Saskatchewan, Canada. The 18-year-old right shooter weighs 84 kilograms and is 6-foot-three inches tall. His journey in hockey is one of the most interesting ones you can ever read about.

In the 2015-16 season, Wanner joined the Estevan Bruins U15 AA as a defender in the Saskatchewan AA Hockey League. Unfortunately, he only played two games without any assist or goal to his name. The little Wanner may have been discouraged, but he was there with the club in the 2016-17 season.

He became a regular in the club, playing over 30 games in both the regular season and playoffs. In the regular season alone, the right-shooter scored four goals and provided seven assists in 30 games. In the playoffs, he played five games and provided an assist. With these achievements, Wanner never looked back, and his parents were there to see him through the journey.

He joined the Prairie Hockey Academy U16 in the Independent Jr. League during the 2017-18 season. He played 35 games, scored nine goals, and provided 16 assists. He was the defender with the most goals that season, and the only defender with more assists than him was Ethan Peters. His goals and assists for the season saw him jump from 11th to 7th in the rank of players with the highest total points. In both seasons, only one defender was ranked better than him.

In his second season with the Prairie in the Canadian Sport School Hockey League, Wanner was one of the defenders making a difference in the field of play both in the regular season and in the playoffs. He played a combined total of 38 games, scoring seven goals and providing eight assists. He also had a good rank in the player’s statistics for the season.

The Estevan-born defender joined the Moose Jaw Warriors U18 of the Saskatchewan Male AAA Hockey League in the 2019-20 season. This later turned out to be one of the best moves Wanner made in his career. He played 35 games in his first season, scored five goals, and provided 17 assists in the regular seasons alone. In the playoffs, he was also at the top of his game. He scored two goals and provided six assists in six games, becoming the defender with not only the most number of goals but also the defender with the most assists.

Wanner joined the Moose Jaw Warriors at the Western Hockey League later that season and played five games with one assist before returning to his boyhood club, Estevan Bruins, in the Saskatchewan Junior Hockey League. He played two games before wrapping up the 2019-20 season.

Back to the Saskatchewan Male AAA Hockey League the following season, Wanner made a goal average in each game played, scoring four goals and providing one assist in five games played. Then, he went back to the Western Hockey League, played 17 other games, and provided fpur assists.

This incredible journey of seven years and still counting was made possible because of good parental support. Wanner has already provided two assists in the three games he has played in the 2021-22 season and is ranked the 223rd hockey player among North American Skaters.

While a child can make 1,000  miles alone, a child with the support of his parents can make 10,000 miles and more. A big kudos to Wanner’s parents for helping him be this incredible player that he is today.