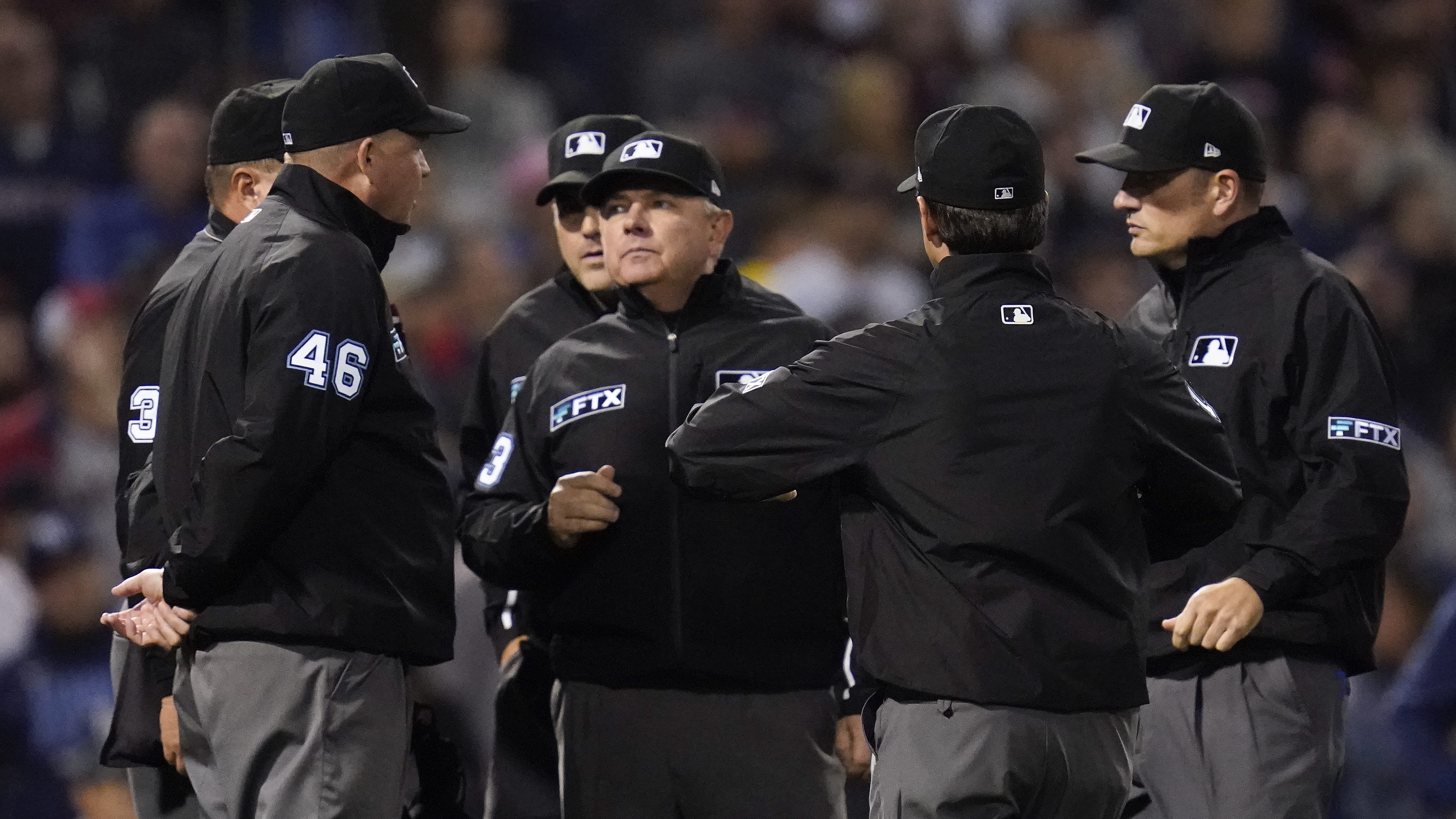 Umpires confer about the ruling on a double hit by Tampa Bay Rays center fielder Kevin Kiermaier during the thirteenth inning against the Boston Red Sox during Game 3 of a baseball American League Division Series, Sunday, Oct. 10, 2021, in Boston. (AP Photo/Charles Krupa)

The Boston Red Sox visit the Astros for Game 1 of their best-of-seven matchup. The Los Angeles Dodgers play at Atlanta on Saturday night to open the NLCS.

All seven umpires on each LCS crew could work the plate once in the series. There will be six umps on the field for every game — one umpire will be in reserve in case of an injury on the day before his scheduled plate assignment.

Umpires Cory Blaser, Marvin Hudson and Nic Lentz will work the replay room in the LCS.