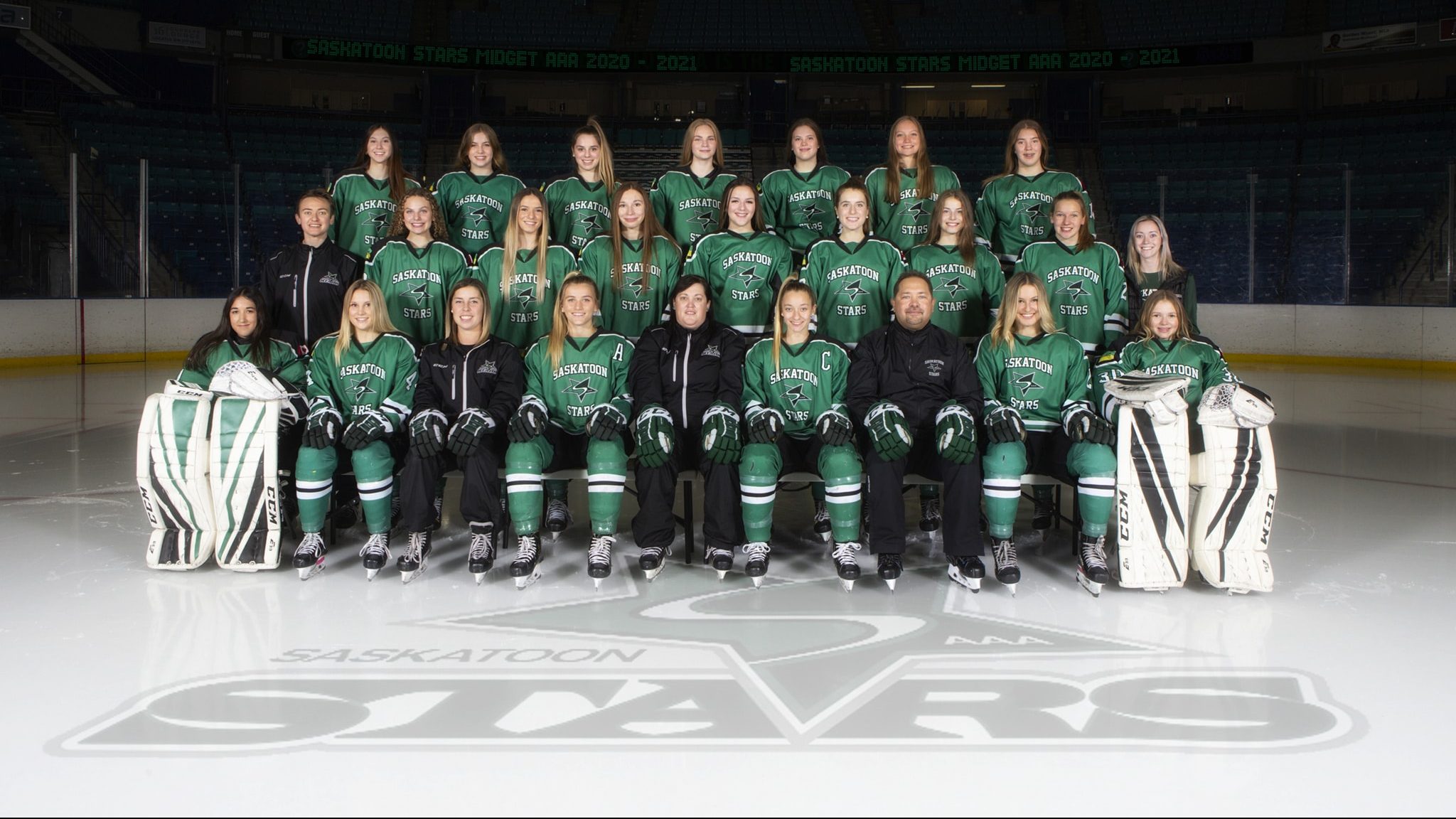 SASKATOON, Saskatchewan — When you want to talk about the most successful female hockey teams in the whole of Saskatchewan, the Saskatoon Stars is no doubt the first team to mention.

The green and black color of the Stars was what was needed to make the Merlis Belsher Place what it is today. The team has grown over the years to be a team no one wants to play against.

In the 2006-07 season, Ashley McCorriston was named the team’s captain, and 15 years later, the team has produced many outstanding hockey players. They were known as the Saskatoon Comets but changed to Saskatoon Stars in 2008.

Their progression in the Saskatchewan Female Midget AAA Hockey League is nothing short of “the young shall grow.” From the 2006 season to the 2009 season (three seasons), the Stars were eliminated in the quarterfinals of the postseason games, and 6th position was their best rank.

From the 2009 season to the 2012 season (three seasons), the Stars were like the phoenix that had risen from the ashes. They were ranked fifth after the regular season– their best so far. In the next two seasons after that, they ranked second.

Now time for the big one! The Saskatoon Stars made the finals three times consecutively. It was quite unfortunate that they couldn’t win any of the postseason’s finals, but looking back to where they were coming from, it was not all that bad. The Notre Dame Hounds were a dominating force in the league.

The following two seasons for the Stars were a little bumpy. They ranked fourth at the end of each season and lost out in the semifinals in the preseason games in which the Regina Rebels took the reins. The only other team that has come first in the regular season Is Prince Albert Bears (2008-2009 season) and Notre Dame Hounds, who were five-time regular league champions from the 2006-2007 season with the exception of the 2008-2009 season.

The 2014-15 season was now time to crown a new queen in the Saskatchewan Female Midget AAA Hockey League, and that queen was the Saskatoon Stars. They won 24 out of their 28 games played that season with a total point of 74. Only one team has ever made that many total points since 2006.

They were also the champions of the postseason game that season for the first time since 2006.

They also went to the postseason finals four other times after winning the first in the 2014-15 season. They won three out of the four finals, losing only that of the 2016-17 season. During this period, they kept a record of the highest total point of 78 in the 2018-19 league, breaking their own record of 76 points in the 2016-17 season–the same season they won their most games of 25 games.

They are also three-time champions of the Lanchberry Family Trophy, with their first coming trophy in the 2015-16 season. In the 2017-18 season, they were also one of the Esso Cup finalists.

The Saskatoon Stars are the true story of a team that has gone from Grass to Grace. “The girls have chosen to respond in a very positive, motivated and driven way,” Coach Greg Slobodzian spoke about the Stars after the Esso cup.

They are not just about bringing trophies home but also about players’ development. One of their own, Kalista Senger, has made it to the European Women’s Hockey League. Jaycee Gebhard is playing for Brynas IF, a Swedish ice hockey team. And the list is endless. Coach Robin Ulrich and other staff members are making sure that the list continues.