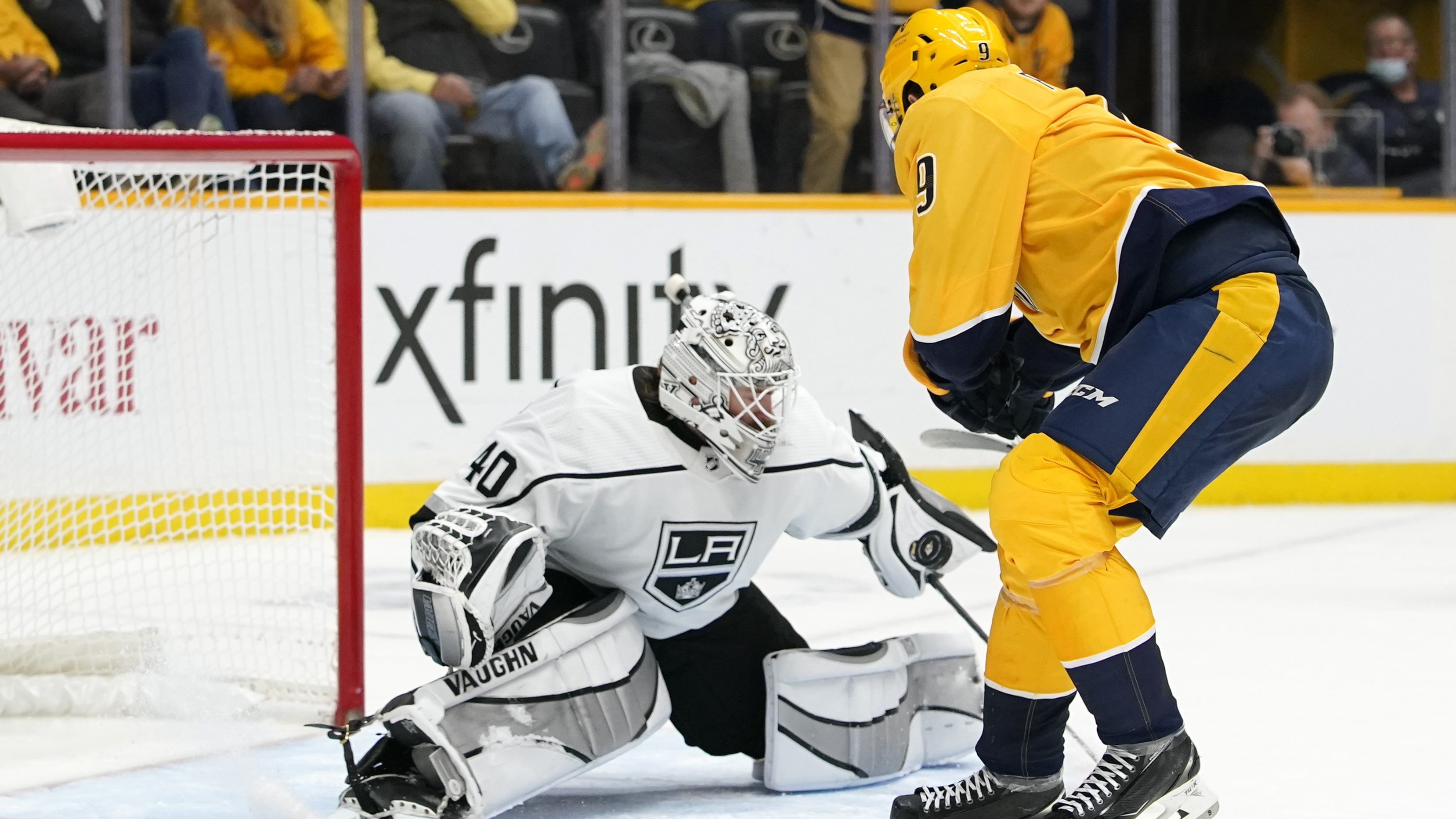 NASHVILLE, Tenn. (AP) — Matt Duchene and Tanner Jeannot scored in the third period to give the Nashville Predators a 2-1 victory over the Los Angeles Kings on Tuesday night.

Predators goalie Juuse Saros made 25 saves for Nashville, while Anze Kopitar had the lone goal and Calvin Petersen made 29 saves for Los Angeles.

Nashville trailed by a goal entering the third period, but with a fresh sheet of ice for a power play, Duchene tied the game with 1:07 left. Petersen stopped Roman Josi’s shot from the right point, but Duchene dug the puck out of traffic and put it by Petersen for his first of the season.

Jeannot gave Nashville the lead at 5:06 of the third period. Colton Sissons had the puck in the right circle and sent a pass to the slot, where Jeannot had slipped behind the Los Angeles defense and had an easy tap-in for his first goal of the season.

Kopitar scored the game’s first goal at 4:38 of the second period by skating down the left side and snapping a wrist shot from the top of the faceoff circle past Saros on the far side.

Kopitar, the NHL’s reigning First Star of the Week, continued his torrid start to the season. The Kings’ captain has five goals and three assists in three games played.

In the game’s final seconds, with Petersen pulled for an extra attacker, Sissons blocked a Drew Doughty shot to seal the victory for Nashville.

Petersen stopped Nashville’s Filip Forsberg on a penalty-shot attempt with 18.4 seconds remaining in the second period. It came when Forsberg was fouled from behind on a breakaway by Doughty. Petersen kicked aside Forsberg’s wrist shot from the low slot with his left pad.

Forsberg played his 500th career NHL game Tuesday, all with Nashville. Acquired in a trade-deadline deal with the Washington Capitals in 2012, Forsberg is in the last year of his contract and could become an unrestricted free agent in the offseason.

His 179 career goals place him second in Predators franchise history behind David Legwand’s 210.

Arvidsson, a fan favorite in his time with the Predators, received a video tribute during a first-period media timeout. Players from both teams stood and banged their sticks on the boards and ice in recognition while the Bridgestone Arena crowd repeatedly chanted “Arvy.” Following the video, Arvidsson skated onto the ice and clapped his hands to the crowd.