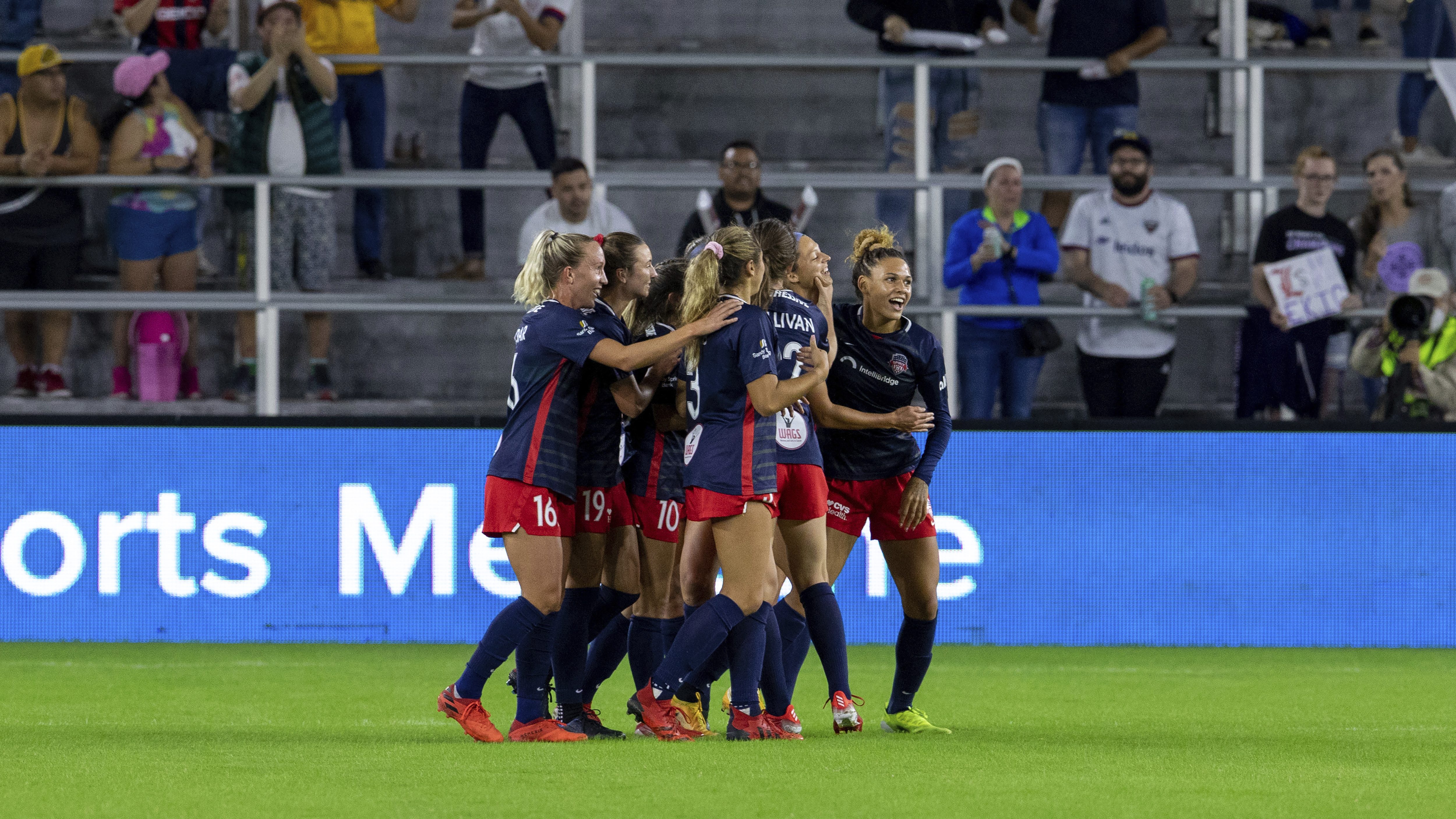 The National Women’s Soccer League opens its postseason this weekend, still reeling following allegations of sexual harassment and coercion against one of its most successful coaches.

Paul Riley was fired by the North Carolina Courage in late September after two former players came forward with the allegations, which he denied. NWSL Commissioner Lisa Baird resigned in the wake of the scandal, and both the league and U.S. Soccer launched independent investigations.

North Carolina is among the six teams to make the NWSL playoffs. The Courage will visit the Washington Spirit in the second of a pair of quarterfinal playoff games on Sunday. The Chicago Red Stars host Gotham FC in the first.

The Courage, playing under interim head coach Sean Nahas, earned the sixth and final playoff spot after a scoreless draw against the Portland Thorns last weekend, combined with a 1-0 Spirit victory over the Houston Dash.

North Carolina, which won league titles in 2018 and 2019 under Riley, finished the regular season 9-9-6. The Courage are led by goalkeeper Casey Murphy, who matched the league record with 11 clean sheets this season, and Lynn Williams with seven goals.

Nahas said the team showed “unbelievable resilience” over the last four weeks in dealing with the turbulence.

“What I’ve seen from them is they’re capable of things that they never knew was possible. They’re capable of having so much strength in moments where they’ve felt weak. They were capable of coming together. They had dark moments together, they probably still do. But this year, the way the group has rallied the last couple of weeks has been unbelievable,” Nahas said.

Washington had its share of turmoil this season, too, when coach Richie Burke was fired in September for violation of the NWSL’s antiharassment policy. Kris Ward is serving as interim coach.

Spirit fans called for controlling owner Steve Baldwin to sell his share of the team, preferably to fellow owner Y. Michele Kang, who had expressed interest in buying him out. Baldwin announced his intention to sell last month, although apparently not to Kang.

The Spirit also had to forfeit a pair of games because of coronavirus protocol.

Shortly after the Olympics, Carli Lloyd announced her retirement from soccer at the end of the season. She already played her final match with the national team, but her club career has been extended by Gotham’s postseason berth.

Lloyd scored in the final regular-season game, a 1-1 draw with Racing Louisville, and Gotham (8-5-11) advanced to the playoffs for the first time since 2013.

After the draw, Lloyd addressed the crowd at Red Bull Arena.

“This feels like the eighth farewell game that I’ve been playing in, but I’m truly honored, truly grateful,” Lloyd said. “I wouldn’t want to do it with any other group than this group behind me.”

The Chicago Red Stars (11-8-5) finished fourth in the standings.

The title match is set for Nov. 20 at Lynn Family Stadium, home of Racing Louisville, in Louisville, Kentucky.

Kansas City, the Orlando Pride, the Houston Dash and Racing Louisville finished below the line for the playoffs.

The Portland Thorns won the NWSL Shield for the team with the best regular season record. It was the latest trophy this season for the Thorns, who also won the preseason Challenge Cup and the Women’s International Champions Cup. Portland won NWSL titles in 2013 and 2017.

Hatch was the winner of the Golden Boot with 10 goals during the regular season. The league MVP and other awards will be passed out closer to the championship game.

Former Thorns goalkeeper Karina LeBlanc has returned to her former team as its new general manager.

She replaced Gavin Wilkinson, also GM of the Portland Timbers of Major League Soccer, who was placed on administrative leave while the investigations into Riley — who coached the Thorns in 2014 and 2015 — proceed. Thorns players had demanded the move after the allegations surfaced.

LeBlanc is well-respected across women’s soccer, and most recently served as the head of women’s football for CONCACF, the confederation that includes North and Central America and the Caribbean.

Two new teams are set to join the league next season, bringing it to 12: Angel City FC and an as-yet unnamed team in San Diego. The league will hold an expansion draft on Dec. 16 in Los Angeles, followed by the 2022 draft two days later.