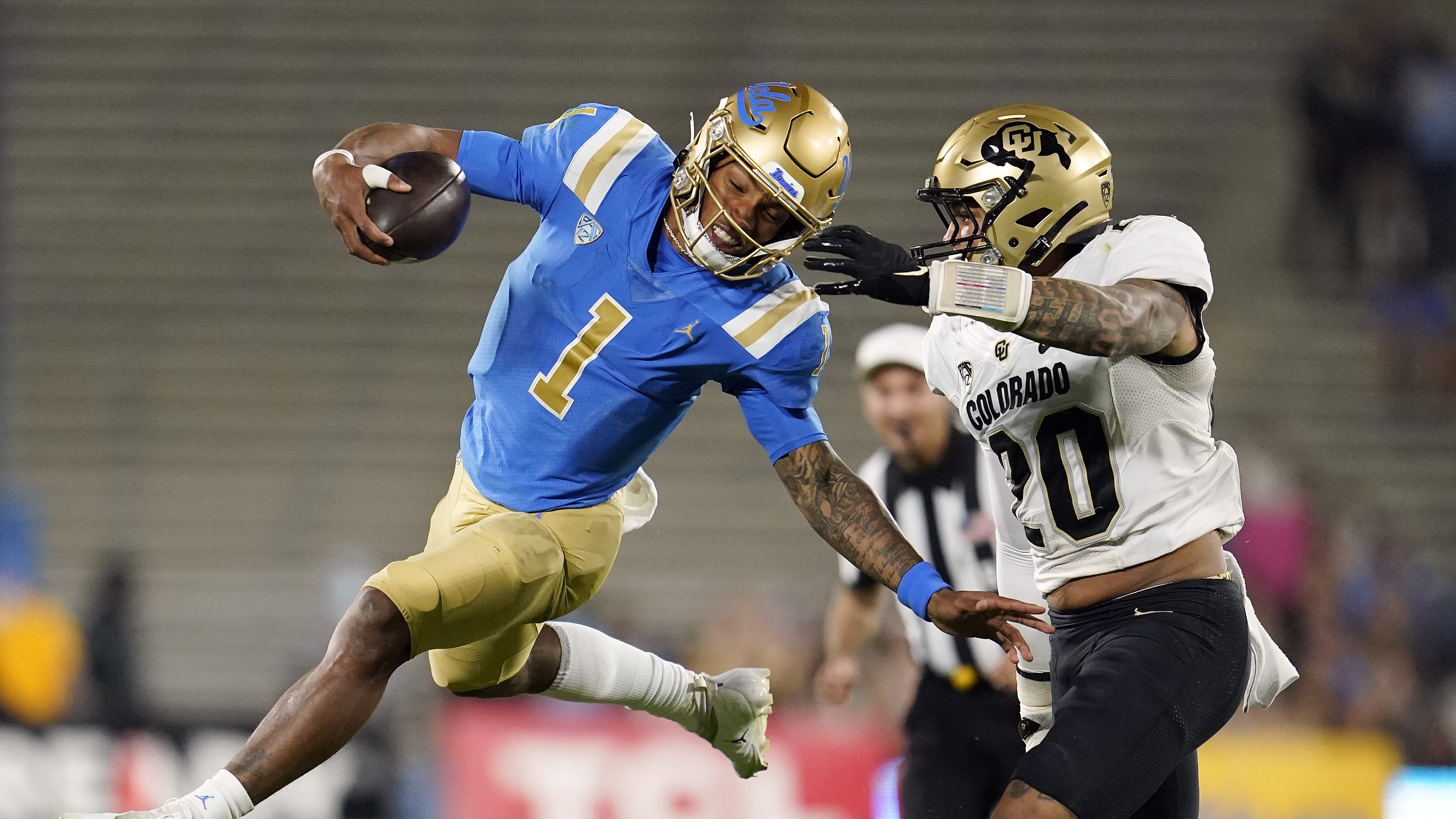 PASADENA, Calif. (AP) — Zach Charbonnet had three rushing touchdowns for the second time this season, Dorian Thompson-Robinson racked up 356 yards of total offense and UCLA became bowl eligible for the first time in four years with a 44-20 victory over Colorado on Saturday night.

Charbonnet had all of his scores in the second half as the Bruins rallied from a 20-7 second-quarter deficit with 37 straight points. UCLA (6-4, 4-3) is the fifth team from the Pac-12 to become bowl eligible. It is also the first time they will play in a bowl in Chip Kelly’s four-year tenure.

Nicholas Barr-Mira’s 40-yard field goal on the last play of the first half got UCLA within 10 at halftime before it scored touchdowns on four straight drives and added another on Kyle Philips’ 82-yard punt return to make it 44-20 in the fourth quarter.

It is the second time this season Charbonnet has had three touchdowns. The junior, who finished with 67 yards on 17 carries, scored from a yard out on the opening drive of the third quarter to get the Bruins within 20-16.

After Thompson-Robinson’s 23-yard keeper with 6:07 remaining in the third put the Bruins on top, Charbonnet ended the next two drives with TDs.

Thompson-Robinson completed 18 of 27 passes for 257 yards and an interception as well as rushing for 99 yards.

Colorado’s Alex Fontenot had two 1-yard touchdowns in the first half, and Jarek Broussard rushed for 108 yards. Broussard, the reigning Pac-10 Offensive Player of the Year, has rushed for over 100 yards in back-to-back games.

Colorado: The Buffaloes have lost six straight games at the Rose Bowl with their last win coming in 2002.

UCLA: The Bruins have struggled during the second half all season, but they finally were able to put together solid third and fourth quarters to snap a three-game home losing streak.