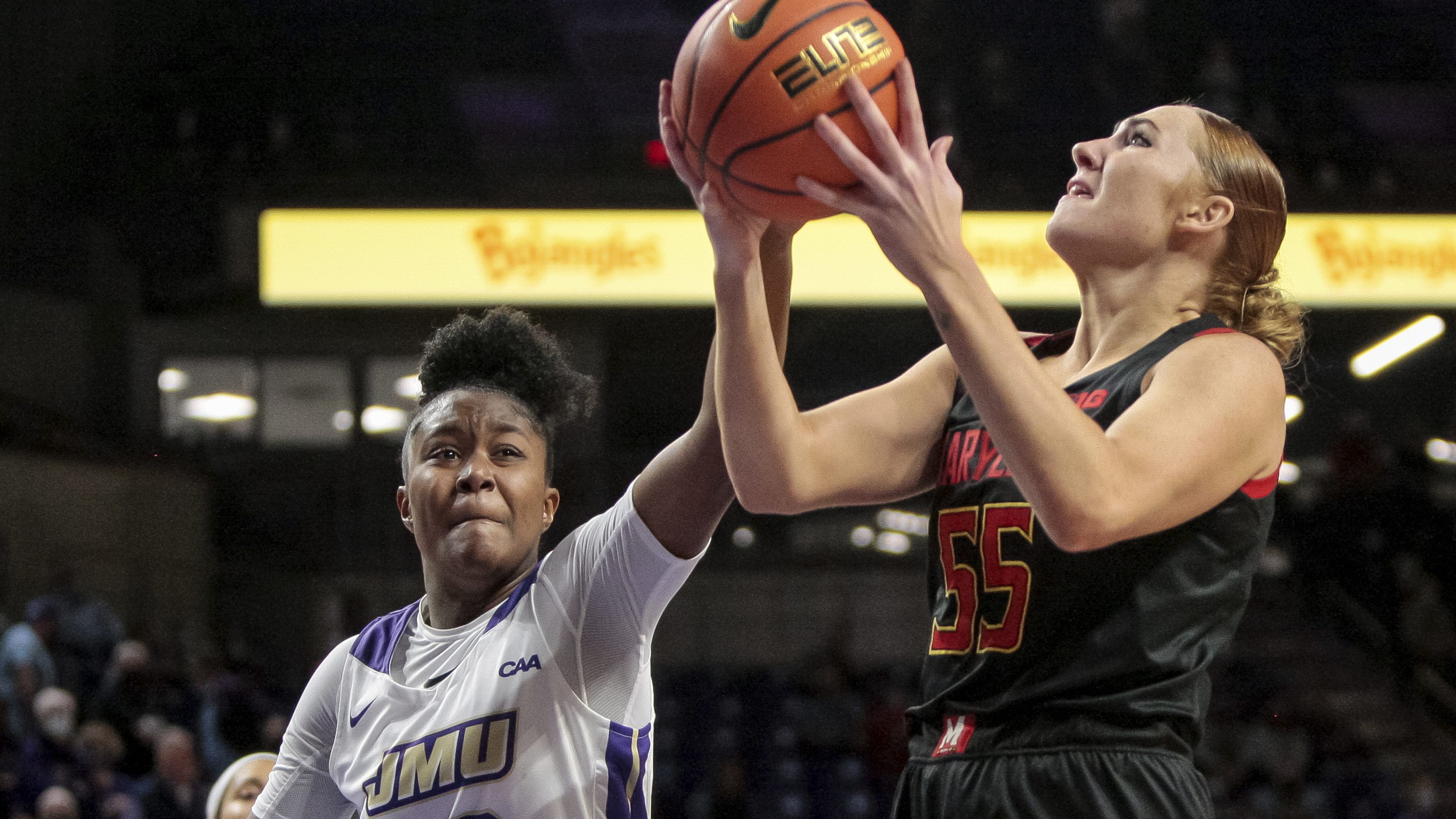 Maryland forward Chloe Bibby (55) goes up to shoot under pressure from James Madison guard Kiki Jefferson (30) during the first half of an NCAA college basketball game in Harrisonburg, Va., Sunday, Nov. 14, 2021. (Daniel Lin/Daily News-Record Via AP)

Maryland, which played without star junior guard Diamond Miller for the third straight game because of a sore right knee, suffered another key loss early in the third quarter when Owusu had to be helped off the court after she injured her left foot.

Even without Owusu, the Terps dominated James Madison (1-1), holding the Dukes scoreless for more than four minutes late in the third quarter and scoring 12 straight points. They led 68-36 after three.

Kiki Jefferson, who had a career-high 31 points in JMU’s opening win against Virginia, led the Dukes with 16 points.

James Madison missed its eight 3-point attempts in the first half and was 1 for 18 in the game.

Maryland: Without Reese having another big game, the Terrapins had no trouble with James Madison. After two more games against unranked opponents this week, Maryland faces three difficult teams: No. 7 Baylor, No. 5 North Carolina State and defending national champion, No. 3 Stanford.

James Madison: The Dukes failed to follow up after its impressive season-opening win against Virginia. They were never in this game and need a much better performance against Liberty on Thursday.