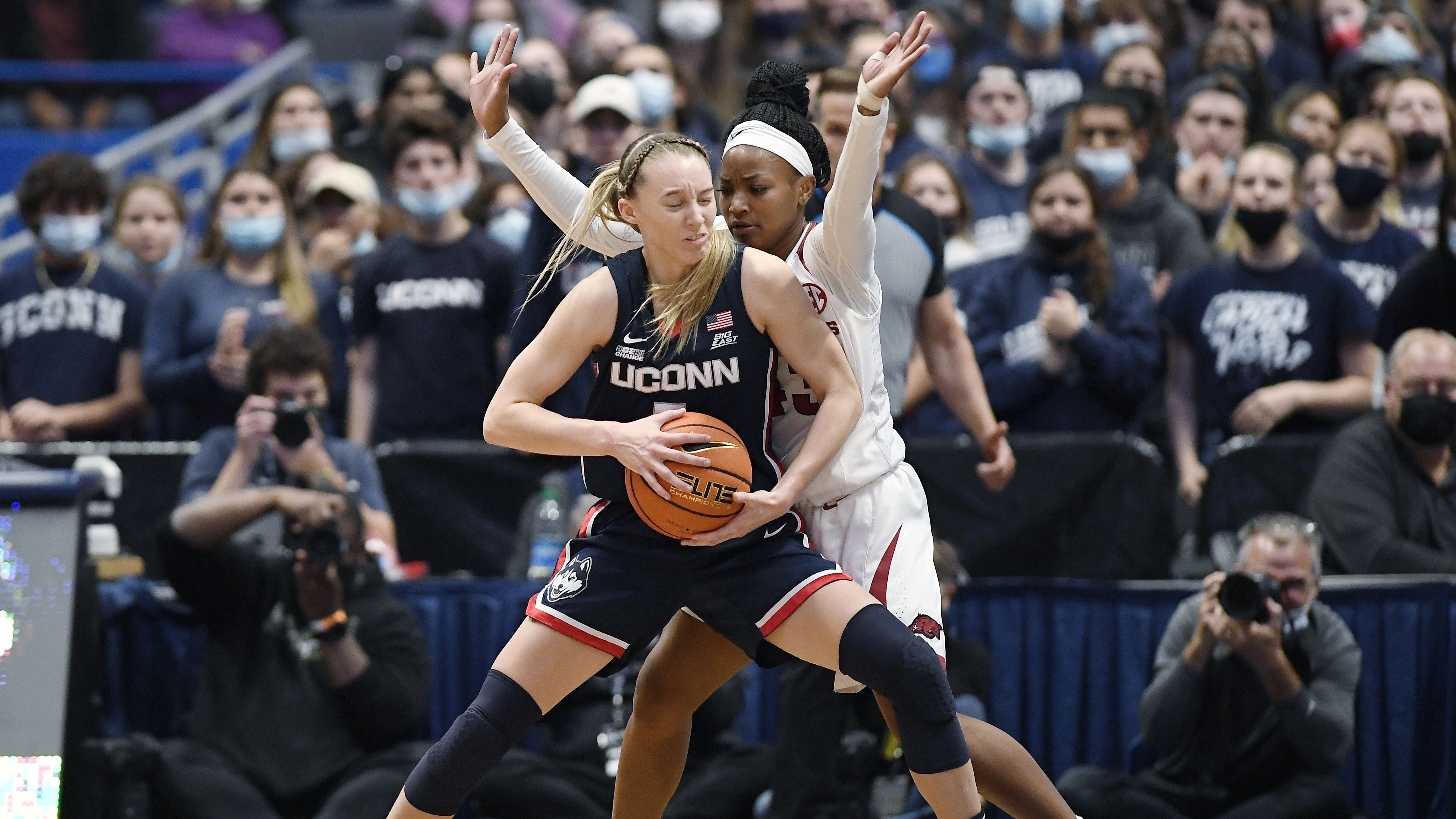 HARTFORD, Conn. (AP) — Paige Bueckers scored a career-high 34 points, making 15 of her 19 field goal attempts, and No. 2 UConn opened its season with a 95-80 win over Arkansas on Sunday.

Bueckers, the reigning AP Player of the Year, scored 32 points against St. John’s in her sensational freshman season. She made 10 of her 11 shots in the second half against the Razorbacks on a dazzling display of layups and mid-range jumpers to keep UConn’s lead in double digits.

Christyn Williams added 18 points and Evina Westbrook had 15 for the Huskies, who avenged the only regular-season loss the team had last year when UConn fell to the then-No. 19 Razorbacks 90-87 in Fayetteville.

UConn (1-0) raced out to a 17-2 lead behind Westbrook and Williams. Arkansas (2-1) missed eight of its first nine shots before finally getting going offensively on a three-point play by Sasha Goforth that ended a 12-0 run by the Huskies. Arkansas cut its deficit to 26-23 early in the second quarter before Bueckers broke loose.

Bueckers took just one shot in the first quarter, but scored 12 points in the second as UConn went up 49-39 at the half.

UConn scored the first seven points of the third quarter to put the game away, including a 3-pointer by Aaliyah Edwards, the first of her career.

Azzi Fudd, who was the No. 1 recruit coming out of high school last year, had seven in her first game for the Huskies. She made her first basket, scoring on a fastbreak with 6:40 left in the second quarter.

UConn was missing Aubrey Griffin (high ankle ankle) and Saylor Poffenbarger (shin splints). … New Huskies football coach Jim Mora was in attendance and addressed the crowd at the first media timeout of the second quarter. … This was UConn’s first game at the XL Center in 622 days. The team played all its home games on campus last season without fans because of the coronavirus pandemic.

Arkansas: The Razorbacks are rebuilding after losing Chelsea Dungee and Destiny Slocum to the WNBA.

UConn: The Huskies will face early tests with a trip to the Bahamas, where they could play No. 1 South Carolina in the finals of the tournament.

Arkansas: The Razorbacks are off until Friday when they visit instate rival Arkansas State.

UConn: The Huskies head to the Bahamas, where they will play in the Battle 4 Atlantis next weekend. UConn will face Minnesota on Saturday in the opening round.