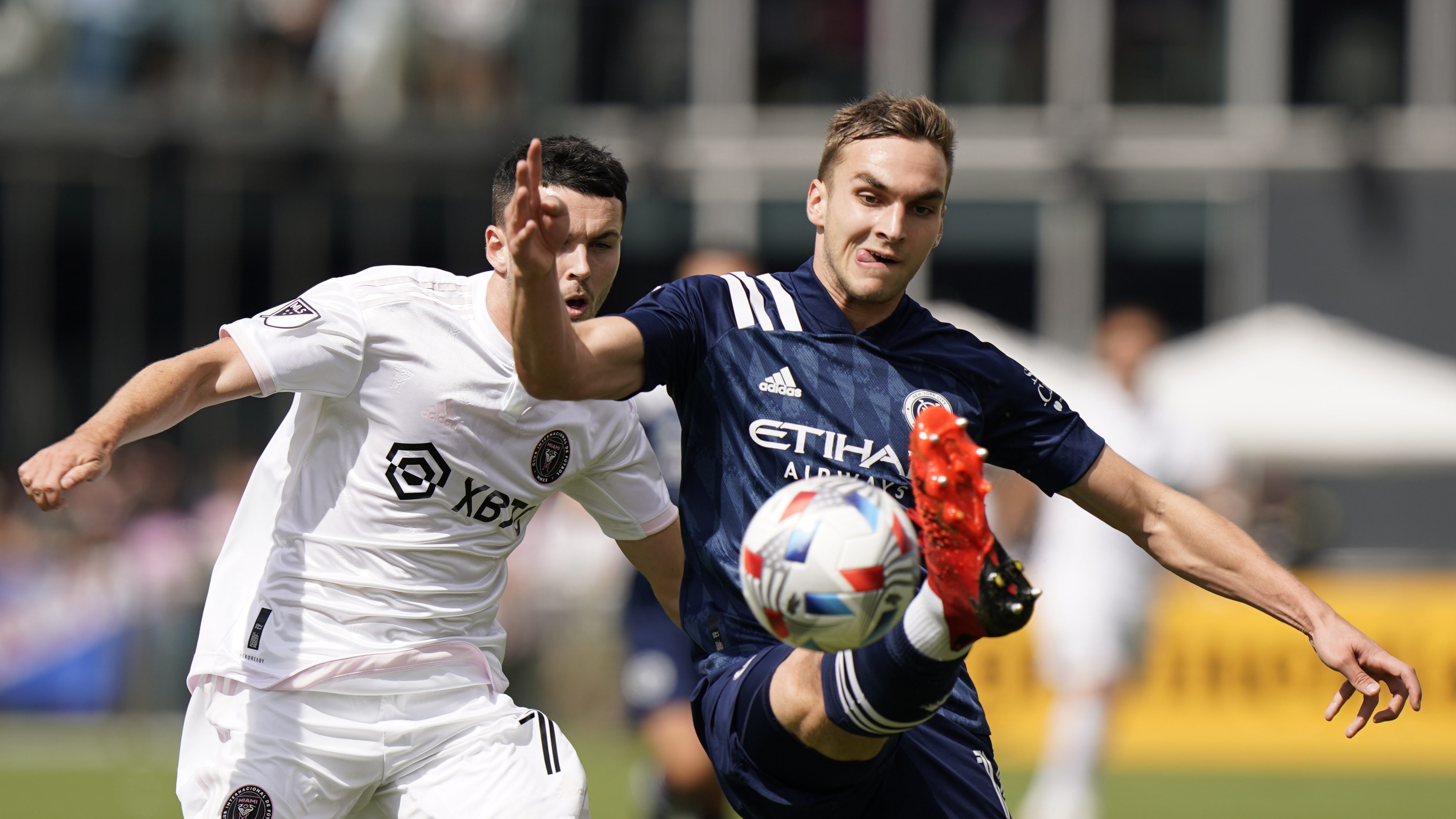 New York City FC midfielder James Sands, right, kicks the ball to a teammate as he is pursued by Inter Miami midfielder Lewis Morgan, Saturday, Oct. 30, 2021, during the first half of an MLS soccer match in Fort Lauderdale, Fla. (AP Photo/Wilfredo Lee)

The U.S. will be without defender Miles Robinson and midfielder Weston McKennie because of one-game suspensions. Robinson was given two yellow cards in Friday night’s 2-0 win over Mexico, and McKennie received his second yellow card of qualifying after getting one in the opener at El Salvador on Sept. 2.

Both left camp before the U.S. traveled to Jamaica on Sunday.

The 21-year-old Sands has made seven international appearances, in the six games of this year’s CONCACAF Gold Cup and the 4-1 win at Honduras in qualifying on Sept. 8.