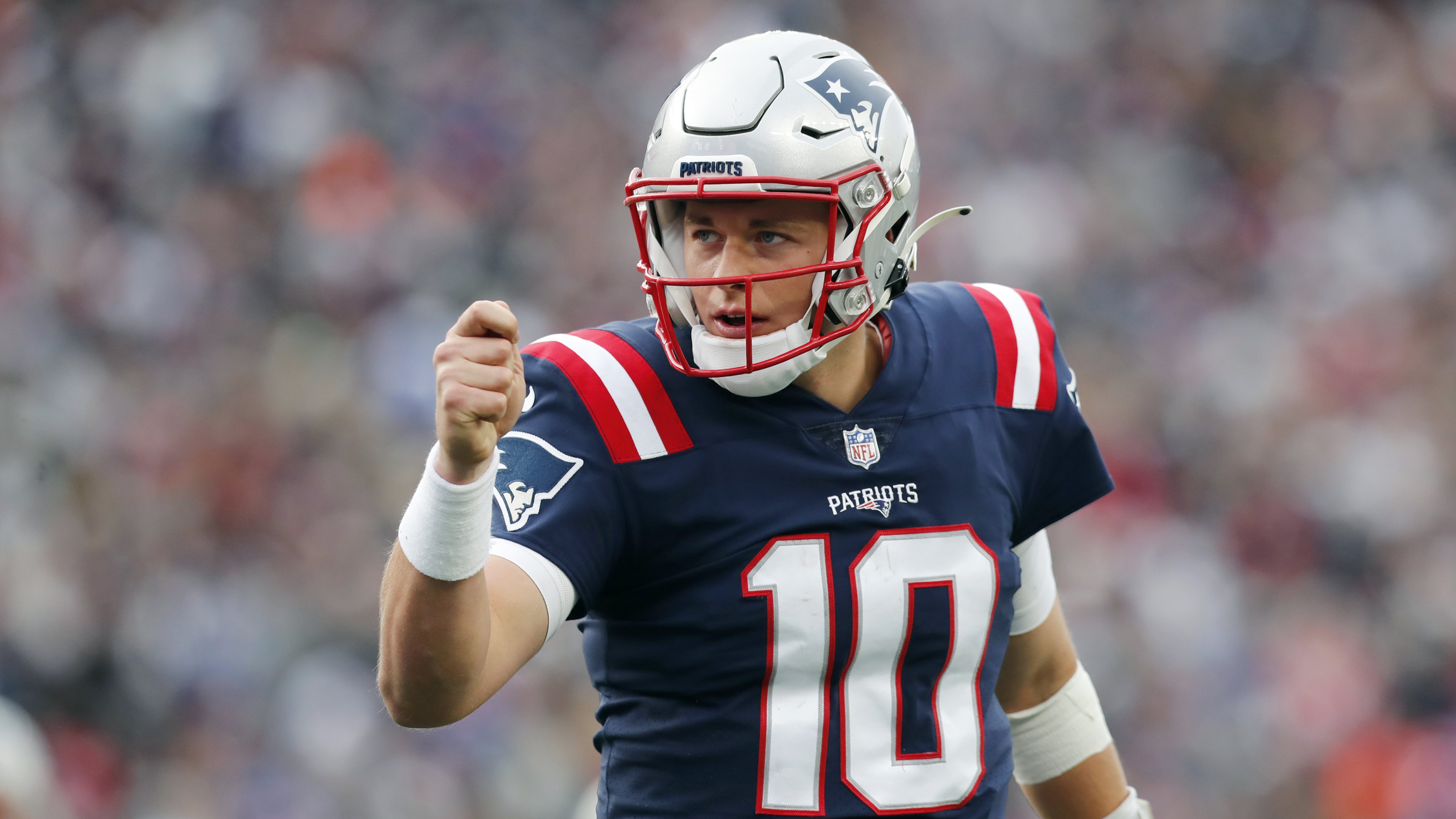 New England Patriots quarterback Mac Jones (10) celebrates after a touchdown by Rhamondre Stevenson during the second half of an NFL football game against the Cleveland Browns, Sunday, Nov. 14, 2021, in Foxborough, Mass. (AP Photo/Michael Dwyer)

The Patriots (6-4) won their fourth straight game. The Browns (5-5) have dropped four of their last six and haven’t won at New England since 1992, when Bill Belichick was their coach.

Jones finished 19 of 23 for 198 yards passing. Hunter Henry added a pair of TD receptions. Playing without star running back Nick Chubb, who missed the game after a positive COVID-19 test, the Browns were held to 217 total yards and were 1 of 11 on third down.

Mayfield limped off the field after taking a pair of hits in the third quarter.

Edge rusher Deatrich Wise drove Mayfield into the turf and was penalized for roughing the passer. Two plays later, linebacker Matt Judon crunched into Mayfield’s midsection, and the QB was slow to get up.

A few minutes later, he left the game and was replaced by Case Keenum, who was sacked on back-to-back plays. Mayfield visited the sideline medical tent and later limped out. He remained on the sideline for the rest of the game.

Mayfield was 11 for 21 for 73 yards, one touchdown and an interception.

The Patriots’ offense didn’t seem to miss a beat without running back Damien Harris (concussion), scoring on all four possessions in the first half to take a 24-7 lead.

Stevenson’s big day came after he missed practice all week while in concussion protocol.

Cleveland got on the scoreboard first via a 2-yard TD from Mayfield to Austin Hooper.

New England responded with a 15-play, 83-yard drive on which Jones went 6-for-6 for 55 yards. The drive took 9:39 off the clock, concluding when Jones tossed a 3-yard touchdown to Hunter Henry, his sixth TD catch in seven games.

The Patriots then turned defense into offense. Kyle Dugger returned an interception 37 yards, setting up a 5-yard TD run by Stevenson.

J.C. Jackson dropped what would have been an interception on the Browns’ ensuing possession, forcing a punt that pinned the Patriots on the 1-yard line. It didn’t stop them from marching the length of the field in 11 plays and scoring on Jones’ 23-yard TD pass to Kendrick Bourne.

New England had 247 total yards in the half and went 6 for 7 on third down. Cleveland tallied just 91 yards and was 0 for 4 on third down.

Browns: CB Troy Hill was wheeled off the field on a stretcher with a neck injury with 4:13 left in the fourth quarter after being hurt on Jakobi Meyers’ TD catch. The team said he had movement in his extremities and was taken to local hospital for further evaluation. … WR Anthony Schwartz and CB A.J. Green both sustained concussions in the third quarter and didn’t return.

Patriots: CB Jalen Mills (arm) left in the game in first quarter but was able to return.

Patriots: At Atlanta on Thursday night.