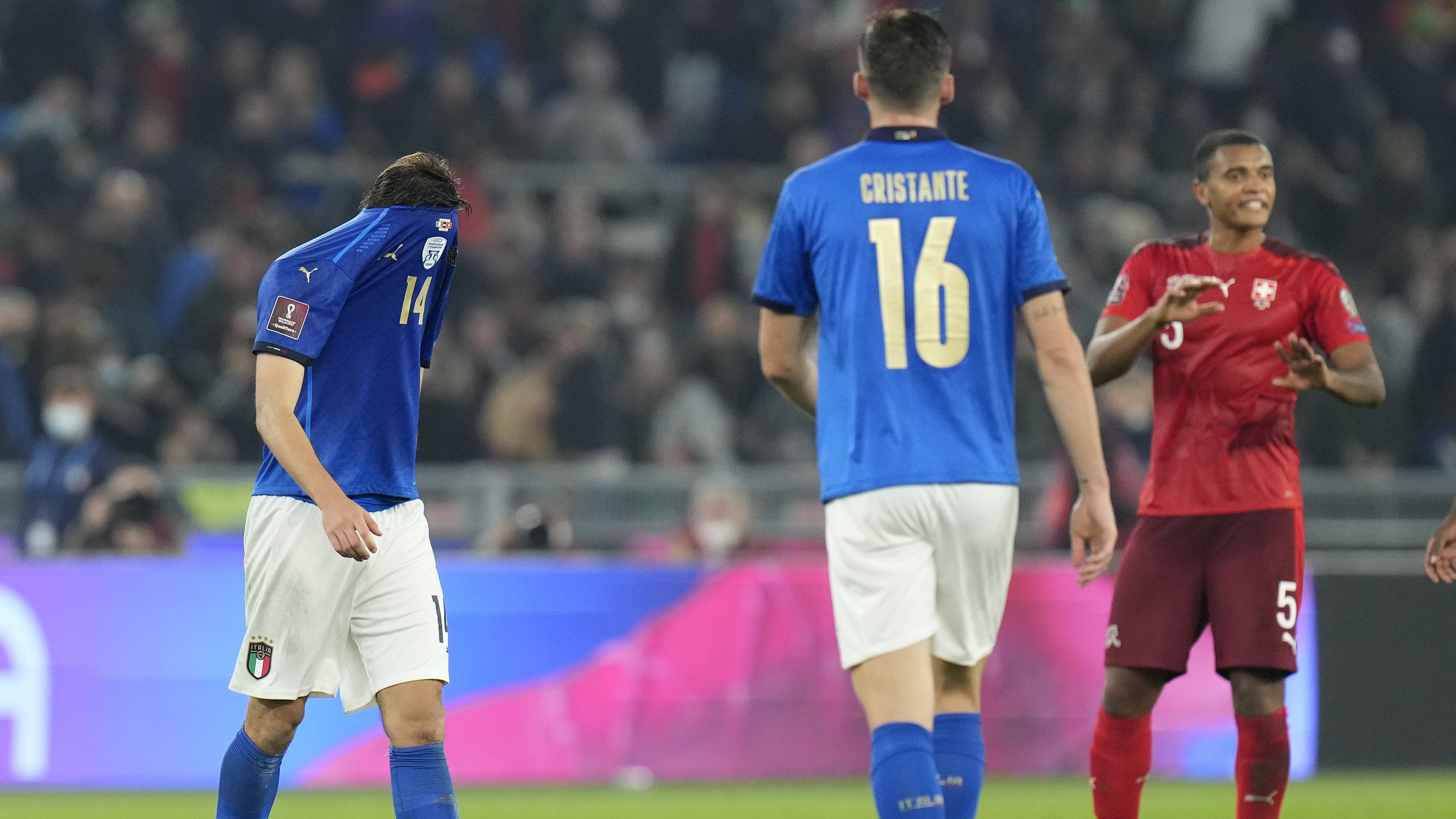 A look at what’s happening in World Cup qualifying in Europe on Monday:

Four years after failing to qualify for the World Cup, European champion Italy needs a strong performance at Northern Ireland to be sure of a spot at next year’s tournament in Qatar. The Azzurri lead Switzerland on goal difference entering the final round of qualifiers, with Switzerland hosting Bulgaria. Italy and Switzerland each have 15 points, Northern Ireland and Bulgaria have eight each and Lithuania trails with three. Goal difference is the first tiebreaker and Italy leads Switzerland 11-9 in the category. Italy also leads on goals scored (13 to 11). But if the teams finish level on goal difference and goals scored, Switzerland will finish first courtesy of away goals in their head-to-head meetings after a 0-0 draw in Basel and a 1-1 draw in Rome. Only the first-place finisher gets a direct spot into the finals. The second-place team goes into the playoffs in March, needing to advance past two opponents to reach the World Cup. Italy lost a playoff to Sweden in 2017.

Scotland is looking to boost its chances of sealing a home semifinal in the playoffs by at least drawing with Group F winner Denmark. Scott McTominay will miss out again for Scotland with a throat infection while Lyndon Dykes is still trying to overcome a knock and illness. Scotland’s men haven’t qualified for a World Cup since 1998. FIFA will make the playoffs draw on Nov. 26 in Zurich. Runners-up with the six best records will be drawn to play at home first in the semifinals. The three winners of the playoffs finals on March 29 will complete the lineup of 13 European teams in Qatar.

Only the biggest shock in world football history can prevent England qualifying for the World Cup. Gareth Southgate’s side only needs to avoid losing in Serravalle against San Marino, FIFA’s lowest-ranked team, to secure qualification. San Marino has conceded 36 goals and scored just once in its nine group games so far. Conor Gallagher, the Chelsea midfielder currently on loan at Crystal Palace, joined up with the England squad after several players withdrew. Poland hosts Hungary as it prepares for the playoffs next March.