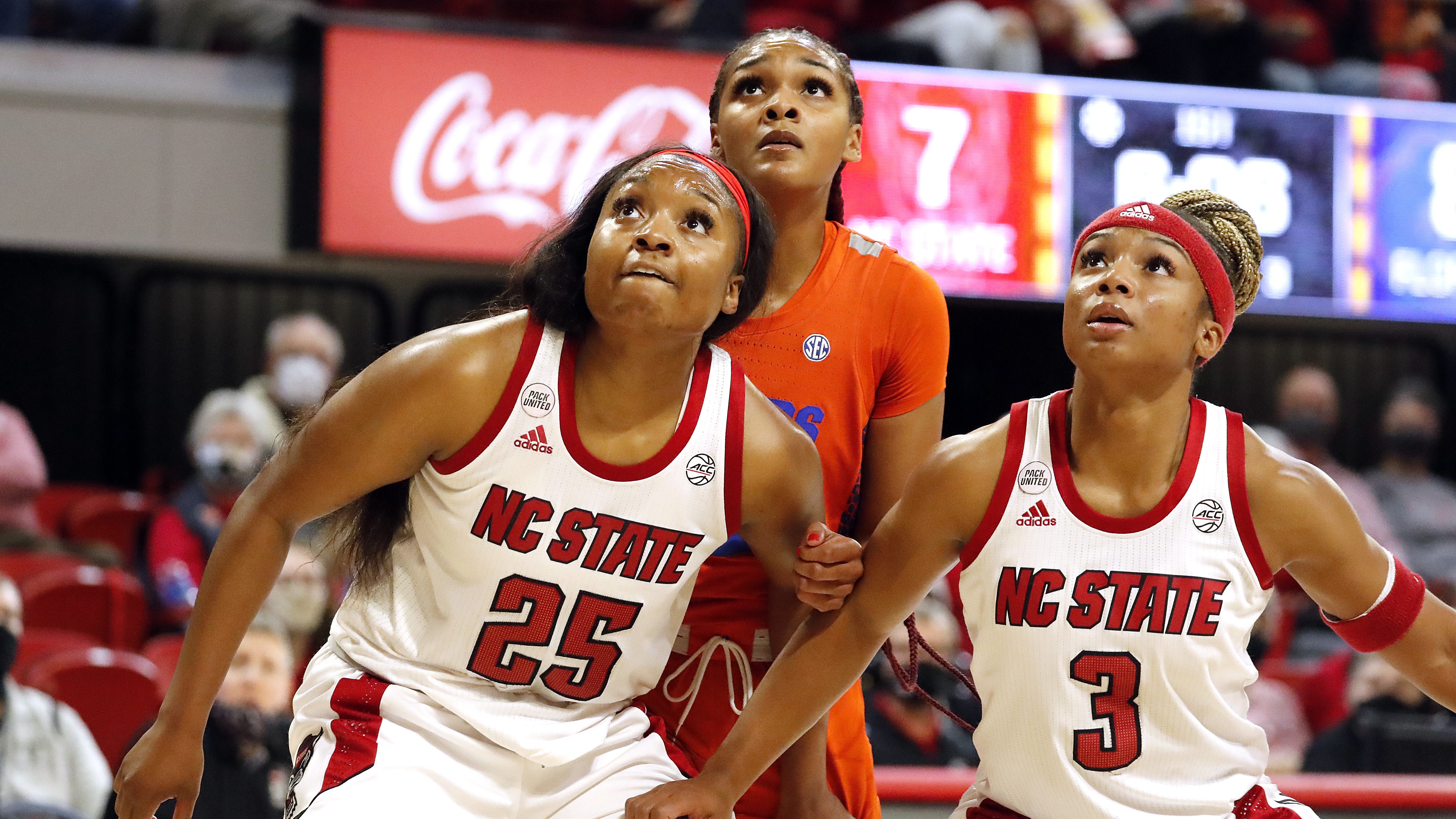 North Carolina State's Kayla Jones (25) and Kai Crutchfield (3) box out Florida's Jordyn Merritt , top, on a rebound during the first half of an NCAA college basketball game, Sunday, Nov. 14, 2021 in Raleigh, N.C. (AP Photo/Karl B. DeBlaker)

Kayla Jones scored 10 points for N.C. State, which connected on 11 of 18 attempts from 3-point range. Crutchfield was 4 for 4 from long range.

Kiara Smith scored 16 points and Nina Rickards had 12 points for Florida (1-2), which made only 32.2% of its shots from the field.

Cunane grabbed 12 rebounds as part of the Wolfpack’s 41-30 advantage on the boards.

Crutchfield scored 10 points in the first quarter. N.C. State hit six 3-point baskets in the first half, including on both of its last two possessions for a 48-27 lead.

Florida: The Gators have had issues on the defensive end. Two days after yielding 37 first-quarter points in a loss to Towson, they didn’t have much luck containing N.C. State. After Towson connected from 3-point range 12 times, it was the interior work that was the trouble at times Sunday with the Wolfpack posting 38 points in the lane.

N.C. State: The Wolfpack seems fully recovered from the season-opening loss to No. 1 South Carolina. After scoring just 57 points in that game, N.C. State tallied 90 against Wofford and then Sunday’s output. The Wolfpack has passed the halfway mark of a five-game homestand to begin the season, so there has been time to sort through any glitches.

Florida: Stays in Raleigh for Monday’s game vs. Wofford